Fred talked about using Kura Clover as a living mulch within his cash crop. He established the kura 3 years ago when participating in an on-farm research trial with Iowa State University. Kura takes a couple years to get started and Fred said it “sleeps, creeps and leaps.” 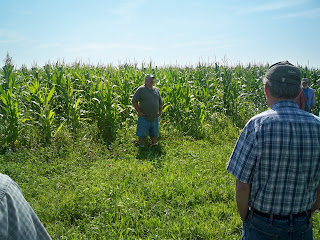 Fred manages the kura with herbicides and plants his cash crop directly into the living mulch. He has felt it beneficial for weed control and also is available and very tough for his grazing herd after harvest. 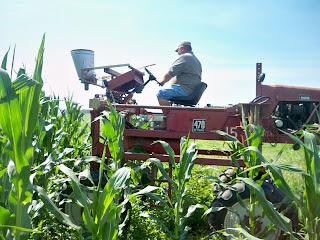 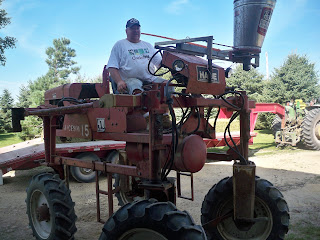 Fred also is a big fan of strip tillage. Strip tillage is defined as less than full-width tillage. Generally no more than one-fourth of the plow layer is disturbed. The goal is to receive a moldboard plow type benefits while leaving a large amount of crop residue on the soil surface. Strip tillage decreases soil disturbance greatly as compared to moldboard plowing. 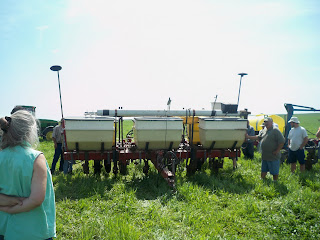 Fred has made his own strip tillage implement that works great in his system.

After the first part of the field tour we headed back to the pole barn to hear a presentation from Kevin Kimberly who spoke over the lunchtime about many different versions of strip tillage equipment and the benefits and challenges of incorporating strip tillage into a farming system. 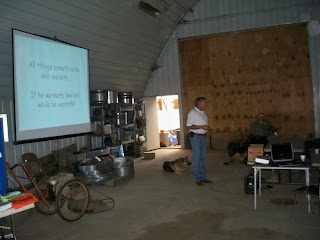 To show off the effects of farming systems on erosion the Rainfall Simulator was on hand. Dr. Matt Helmers and the Iowa Learning Farm crew explained the influence of cover on the amount of soil that erodes during a rainfall event. Different levels of residue and living cover % of the surface were rained on and then runoff was captured in the glass jars to show the resulting soil erosion. 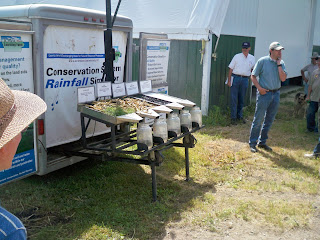 Finally, following lunch we headed to Fred’s pastures and took the tour of his system. Fred moving towards converting more cropground to grazing ground and has a very diverse system. He tested teff this year as a potential grazing grass for his herd.

Attendees got off the hayracks and headed to see Fred’s high traffic rock pathway for his cattle. 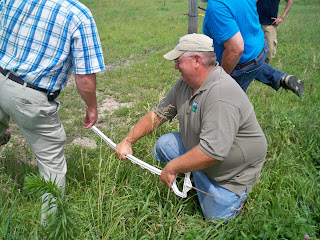 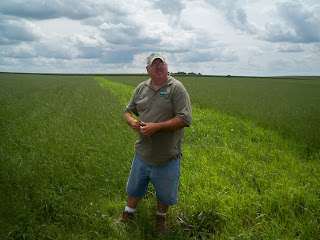 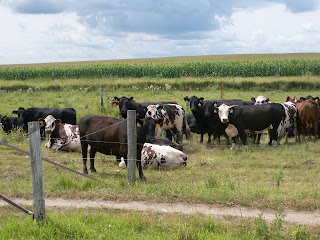 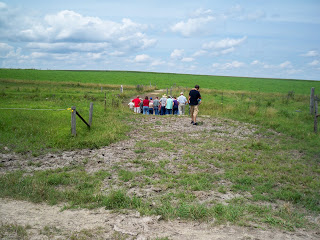