Two of my friends (Peter & Katrina Goehring) recently were appointed to be missionaries in Cote d’Ivoire Africa, also known as the Ivory Coast. They are now traveling around the Midwest raising support, and sharing their story. This past Monday they were in Ames staying at my house. Originally we were to have a “Dessert party” with friends from town to hear about their story, but the weather made sure that wasn’t possible. Instead we ended up sitting around chatting and playing games. As is usual with me, our conversation turned to Agriculture.

I of course was curious about the type of agriculture that they have in the Ivory Coast, and what the questions and issues their farmers have. Based on what Peter was saying, a majority of the agriculture in the country is coffee and cocoa, with a small percentage of subsistence farmers. One large issue is that because of the nature of coffee plants, there are large fields of coffee and generally no crop rotation. Because of the lack of crop rotation, there are higher insect pressure and other problems.

I just got to thinking that agriculture in Iowa and Africa are quite different, but the questions seem to be the same. How do we use our farms to make money, yet include enough crop rotation and diversity to keep the landscape productive?

I don’t have any answers, i’m just attempting to inspire thought. 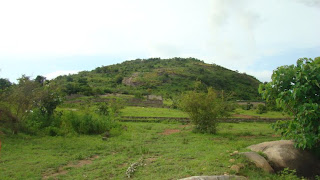