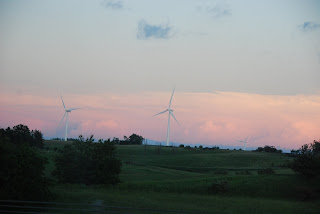 Field day season has officially arrived! Saturday Sally and I (along with Amber from the Energy Group) took the trip over to northwest Iowa and visited the Wesselius’ farm. What a beautiful day! They are doing many neat things on their farm and they gave us a glimpse into what they do.

The Wesseliuses garden approximately 2 acres and market their produce through a small CSA (Community Supported Agriculture) and farmers markets in Sioux Falls, Sioux City and Sioux Center. They also feed out a few Berkshire hogs and raise Cornish Cross chickens on pasture.

To start off the day, we were introduced to Amber from The Energy Group in Des Moines who did an energy audit on the farm’s walk-in coolers. She gave a presentation about what they did and how the Energy Group figured out how much insulation to add to the coolers and whether that investment would pay off in what period of time (If you are interested in this type of audit, contact your energy provider). She also brought along a thermography camera and showed the attendees places in the caulking and around the door where the cooler was leaking. She also talked about replacing seals, and other easy and inexpensive fixes that producers can do to increase their energy efficiency. Also, she briefly touched on rebate programs that MidAmerican Energy offers on energy saving steps people can take. 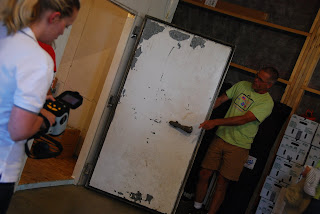 From there we went out to see their poultry operation. The Wesseliuses use a model called the Chicken Tractor, popularized by Joel Salatin. The chickens live in a pen that is moved twice daily to fresh pasture. At  approximately 7 weeks the chickens are processed and then sold at the 3 farmers markets that they vend at weekly. 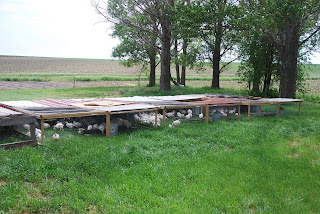 On the farm they also have a few laying hens which also live in a moveable cage. The cage is moved once or twice daily to fresh pasture, and provide fresh eggs for the family. 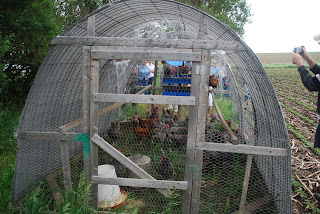 We then chatted about their two and a half hoophouses. Two are already built and are being used, and a third hoophouse is being measured out and the beginning stages of construction are already started. 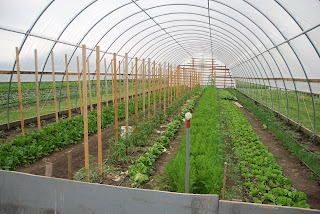 John had many thoughts about how to effectively use a hoophouse, but Janna’s #1 suggestion was to make sure that crop rotation is used. She also cautioned that there is only a few degrees of protection in a hoophouse, so make sure to grow cold hardy crops in them. 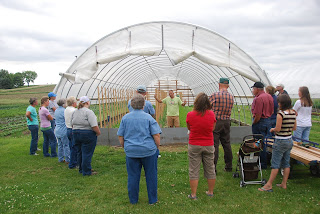 John and Janna also led us through their gardens, and there were many questions from those in attendance. I was quite impressed at how clean their fields were with so many different crops. 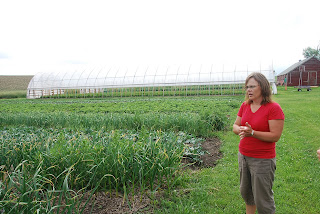 John prides himself in his earliness with potatoes to the market, and has about 1/2 an acre in different potato varieties! That is alot of storable starch! 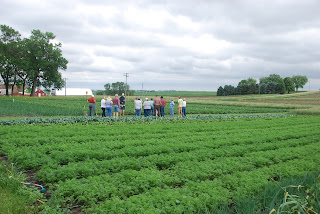 As always, the field day provided many great opportunities for networking and learning from each other. We hope that you will be able to join PFI for a few field days during the summer! Check out our field day guide at https://www.practicalfarmers.org/events/field-days.html or give the office a call at 515-232-5661 and we will mail one out to you! 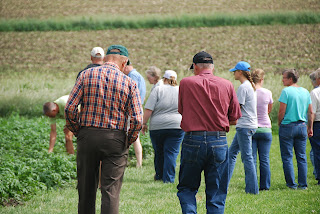