How many farmers remember using cover crops to cover their soil during the winter and spring? Many farmers have tried to use cover crops and its not easy but new momentum for this practice has reinvigorated farmers talking about the challenges that exist on-farm for those interested in adding this important conservation practice to their farming system.

To help farmers discuss the challenges of adding cover crops to their corn and soybean system the Pokorny’s from east of Marshalltown outside Clutier held a Cover Crops 101 field day on June 2, 2010. 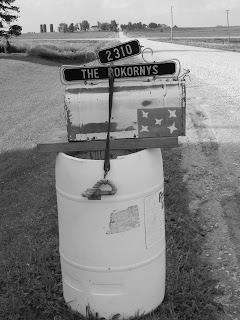 Mark Pokorny and his family hosted a PFI and Iowa Learning Farm co-sponsored field day. Mark farms corn and soybeans and also raises pigs while also working as a technician for the Tama county NRCS. 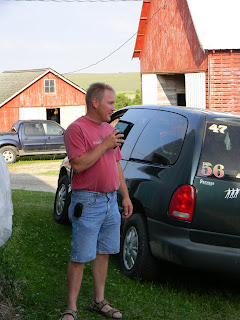 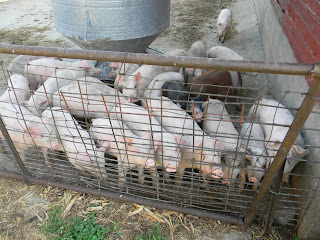 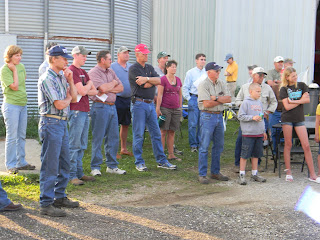 Topics that were discussed by ISU researchers and Mark included: 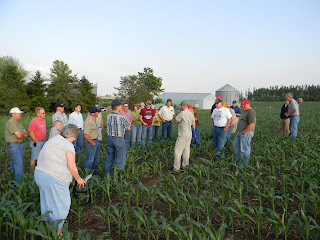 Jeremy Singer from the National Laboratory for Ag and the Environment discusses research results from several years of cover crop research at ISU.

Mark shows the grass seed drill he borrows from the Tama county Soil and Water Conservation District to seed the cover crops. Several counties in Iowa own grain drills and could lend them to a local farmer interested in seeding cover crops. 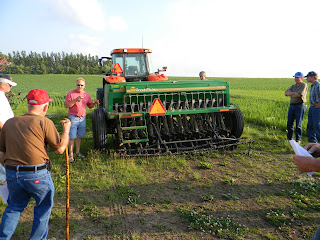 But still apprehension to using this crop exists. 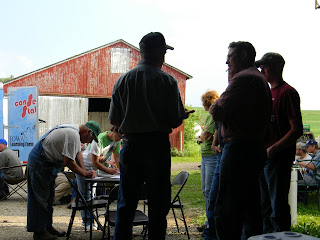 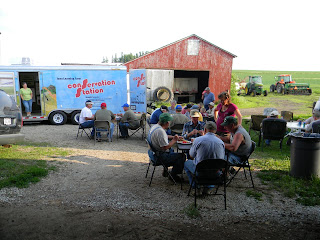 Several presenters discussed current research focused on cover crops at Iowa State University. Farmers asked very sophisticated questioned and brainstormed with researchers and PFI & ILF staff about how to further improve the use of this practice. 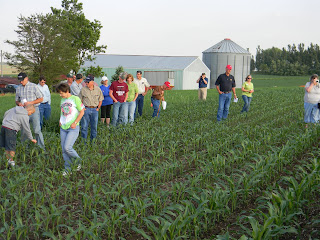 The Conservation Station was available complete with the rainfall simulator and the learning center speaking about the need to take care of soil and how to avoid soil erosion. 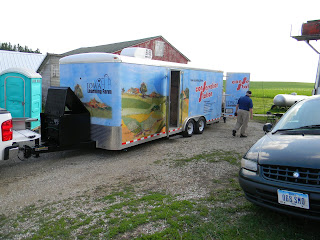 Aaron shows off the rainfall simulator and below in the jars the color of the water from rain that hits different types of land cover. The cover crop or grass landscape types had the cleaner water. 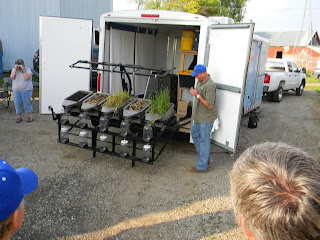 In case you have forgotten the many benefits of cover crops check out my blog post from 10/03/2009. To learn more about cover crops’ projects that PFI members are researching on their farms or to learn how to do some of your own research contact Sarah Carlson at sarah@practicalfarmers.org. 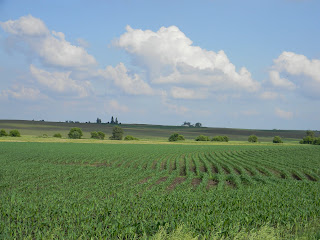