Last week, not thinking of V-Day at the time, I cooked my first batch of beet borscht for 2011. It’s a great winter menu item–warm and hearty with a jewel red color. So why not think of it as a V-Day treat. BTW, for all you folks who turn up your noses at the thought of vegetables, especially the likes of beets, the borscht actually tastes great. Maybe some day, I will write the story of how I learned to like beets in the 1970s. Prior to some friends farming the garden in my back yard in Fargo and giving me fresh beets to try, I turned my nose up at beets, too. 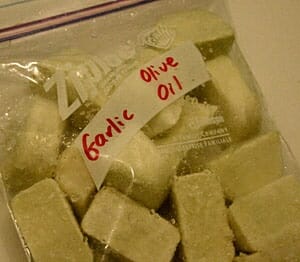 All that a cook needs for my kind of borscht is water, vegetable stock, or chicken stock; onion, garlic, beets and beet greens, cabbage, potatoes, tomatoes, perhaps green peppers and carrots, a little lemon juice and brown sugar or honey, salt and pepper. Of course, there are plenty of other recipes for borscht. Wheatsfield Coop in Ames has two or three pots of soup made in its kitchen every day as part of its hot food and salad bar. I love their borscht, but it seems mainly to be cabbage, beef, and broth with seasonings but with little clue that there are beets in it. 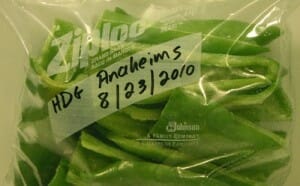 I learned to make borscht from the 1986 edition of Laurel’s Kitchen Cookbook. It contains only vegetarian recipes, but I can use them as intended or adapt them. Sometimes, I use chicken stock for the borscht, and often, I use more kinds of vegetables than the recipe calls for. But it’s still a very basic soup and not doctored with a lot of commercial or unhealthy additives. Also, I have tricks to avoid the kitchen getting splattered with red beet juice and use as much locally-sourced produce as possible. BTW, there are plenty of good reasons to use locally-grown food, not the least of which is to help our state’s economy and enhance the health of our communities. And there is a bi-partisan bill at the state legislature for Iowa to be more proactive in promoting the use of local foods. 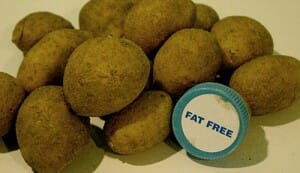 Last summer, I grew beets. They are not the most prolific vegetables that I grow but were picture-perfect. At harvest, I cook beets and their greens for fresh eating, but I also think ahead to winter. Immediately upon picking the ones that I plan to “put by,” I cut off, blanch, and freeze the greens. Then I simmer the roots, put them in cool water, and peel them. In previous years, I would then freeze them whole in Ziploc bags. That meant I had a beet juice mess in the kitchen at preservation time and again in the winter when I thawed, sliced, and put the beets into the soup mix. The worst mess happened one Sunday morning when I was under time pressure to get to church but first wanted to finish preparing a pot of borscht for a soup lunch I was in charge of there. And it seemed important to puree some of the soup. To make a long story short, it is never fun to return home to a messy kitchen, especially one with red liquid splattered on the walls.

So armed with a new strategy, after I peeled the beets last summer, I added a minimal amount of water and pureed them in the blender, then froze the puree in plastic containers. That meant that when I made borscht this week, the mess of beet juice was behind me.

So here’s what I did to make the borscht. I got a quart of homemade stock I had made months ago from a chicken from Audubon County Family Farms out of the freezer, put it in a stock pot and brought it to a boil.

Unfortunately, I did not think ahead last summer like I had in previous years when I either grew cabbage or got some from the farmer’s market. Cabbage is easy to blanch and have in the freezer ready to go into a soup. 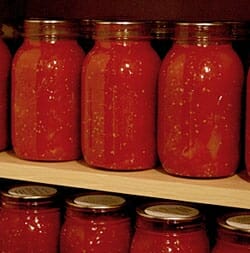 Then I got out a bag of frozen Anaheim peppers. I had picked them from my garden last summer, washed, cut them in half, seeded them, then spread them on cookie sheets in the freezer, but when solid, I transferred them to Ziploc bags for long-term freezer storage.

While the initial ingredients were simmering and softening, I put a skillet on the stove, then added olive oil and garlic. It wasn’t your common image of the two ingredients. Last summer, I also harvested garlic, peeled off the paper-like skin, then pureed the cloves with olive oil and poured the mixture into ice cube trays. When the cubes were solid, I also put them into freezer bags and back into freezer for long-term storage.

I have never had the sense to chop and freeze onions from my garden or local markets. During the harvest season, I have a flawed notion that I can store onions well enough that they will last through winter, but that has never proven to be successful. So I grabbed the only onion I could find (a store bought one), chopped, and added it to the skillet.

Then there was the waiting time for those ingredients to cook and soften. Eventually, I added more items to the stock pot: the sautéed garlic and onions; chopped beet greens; a quart of crushed tomatoes that I had grown and canned last summer; a couple of cups of frozen, pureed beets; two teaspoons of bottled lemon juice; two teaspoons of brown sugar (I usually use honey from Beaver Creek Farm in the Coon Rapids area); salt and pepper. 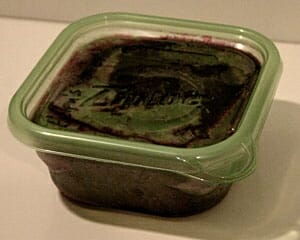 The soup was great all by itself with an awesomely, beautiful, jewel-like color. The taste and texture were just as great. My heart was warmed many times over: by growing and finding locally-sourced products; putting food by; preparing the soup; savoring not only the taste but also the beauty; being nourished in body and soul; and being warmed in body and heart. And of course, I have leftovers to eat by myself or share with friends. What a better way to honor Valentine’s Day. And as I set my table to photograph a bowl of soup, Micah, one of my two cats, decided to explore, and now she sits by me as I write at my computer.

My best to you who read this Blog. May your hearts be warm and nourished, too. 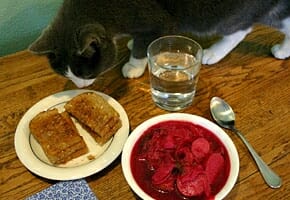