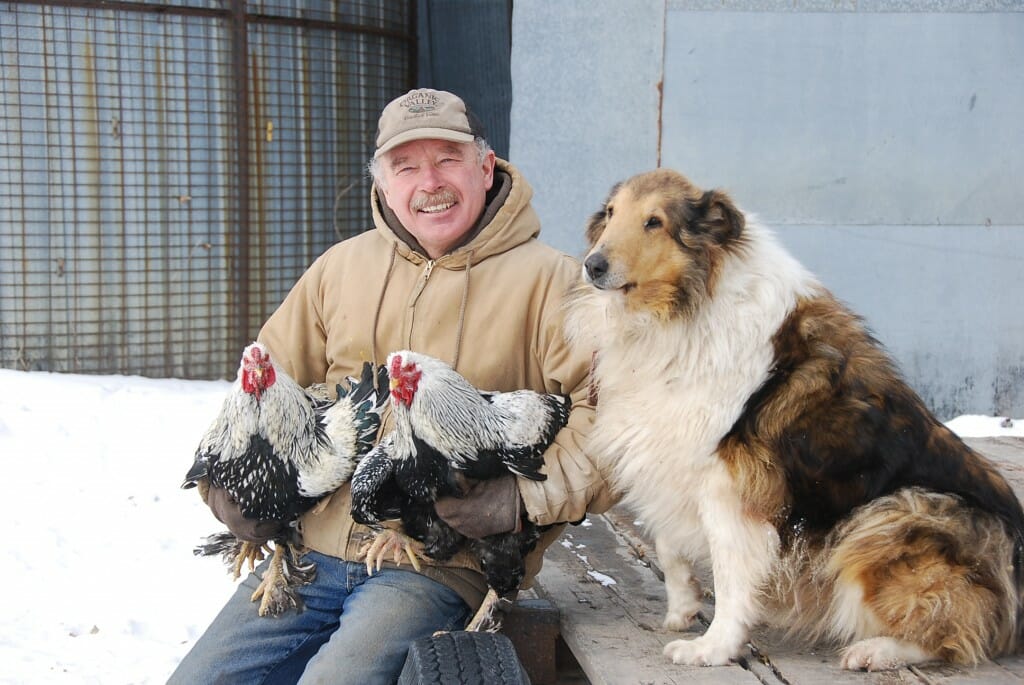 The Frantzen Farm regretfully announces the passing away of their pet rooster, Bucky Clucky. Bucky succummbed to a brief illness and spent his last days in the farm barn. He came to the Frantzens from Tim Daley’s Shamrock Acre Farm near New Hartford. He was an escort for a group of laying hens.

After the move from New Hartford, Bucky ruled the roost in the henhouse. This role changed when a sudden epidemic struck the flock and claimed all of the poultry except Bucky and his brother. The two were soon given free range and adapted to a fine life on the farm. With just one other mate, he continued to be the dominant bird. For years, he regaled the farmstead with his predawn crowing.

Bucky was featured in the 2011 winter issue of the Practical Farmers of Iowa newsletter and in the Waterloo Courier.

Bucky is survived by his brother Lucky Clucky. He will be missed by his friend Samantha (the dog) and Noel (the cat). He is also survived by caretakers Tom and Irene.

If you’d like to contribute to the Bucky Clucky Memorial Fund, please donate today. So far, over $250 has been pledged in memory of this excellent friend and pet.