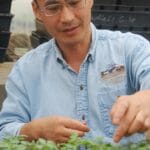 Is PFI suffering from “mission drift”? Someone asked me this question recently. His thoughts were that PFI “suffers severe program drift in part through allowing non-farmers to become members and getting involved in policy work,” wrote a member on his member survey. “It has become ‘one big happy family’ rather than the on-farm research organization it was founded as.”

Mission creep occurs when a group loses its focus and (usually) starts chasing after money not related to its mission but instead focuses on the Board’s or Executive Director’s key interests, rather than the membership’s interests. Without good feedback loops from members and then Board/Management action on that focus, it is very easy for mission creep to occur.

Since 1985, Practical Farmers has undergone a major change in membership, with the addition of graziers, fruit and vegetable producers, and friends of farmers. However, if you look at the values that Ron Rosmann expounded in the mid-1980s and the official values approved last year, they are still virtually the same:
We value ingenuity, exploration, experience, and sharing of knowledge for solving on-farm challenges.
We value diverse and independent farm operations that are integrated with and enhance the earth’s ecosystems.
We value an agriculture that is economically and ecologically sustainable and built on a fair market system.
We value widespread ownership of land and resources.
We value commitment to family, community and the celebration of wholesome food.

Despite our more diverse membership, I also believe we are still very focused on our mission “to advance profitable, ecologically sound and community-enhancing approached to agriculture through farmer-led investigation and information sharing.”

In addition, we are doing MORE on-farm research and demonstration than we did in the early years of this organization, so that focus has not lessened. For example, this year, 87 farmers are signed up to work on 51 individual projects. 1990 was the closest early year to this level of activity (72 projects), most years are far below that level.

However, there are some major challenges to having such a diverse group. Fundraising for all the program areas is a challenge. Communicating that we still serve conventional farmers as a major part of our group is another challenge, especially given the fact that our fruit and vegetable producers are often enthusiastic and media and tech savvy, so sometimes are more prominent in our group. We have to work to build up this conventional farmer group, as achieving our vision is not possible without them.

We also need to serve those wanting fruit and vegetable operations as their business, not as their garden for home consumption, because profitable enterprises are our focus.