Earlier this month, I had a brief phonecall with Ron De Weerd and Joan Fumetti of Foods Resource Bank (FRB) to hear more about their organization and their work with smallholder farmers around the world. 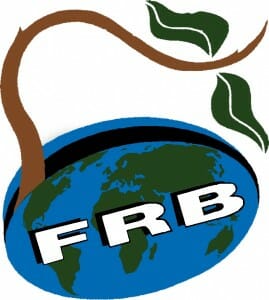 “There has been a mentality historically, that farmers in Iowa have to feed the world, and what FRB says is that Iowa farmers ought to stand in solidarity with small farmers around the world who are struggling to feed themselves,” says Joan Fumetti, staff member for Foods Resource Bank (FRB).

Joan is a member of Practical Farmers of Iowa (PFI) and has helped staff a sponsor booth at the PFI annual conference for over five years. “Practical Farmers of Iowa blows me away, it is an amazing organization. It is about that connectivity, because farmers get together to network, they solve problems and can improve their communities,” says Joan. “In many ways, FRB uses this same strategy to improve farm communities overseas.”

Foods Resource Bank (FRB) is a non-profit organization that engages volunteers to raise money and fund 50-60 overseas community-based development programs designed by indigenous partner organizations in dialogue with the small-holder farmers themselves. Connections, accountability and expertise are provided through FRB’s members (faith-based relief and development organizations) and their rich networks of relationships both domestically and globally. FRB’s method is thus able to connect generous community groups in the United States directly to smallholder farm communities in the global south that need resources to develop their capacity to produce food for themselves. Communities that are served are chosen through an existing network of indigenous groups on the ground, projects are created, a plan written up and approved, put online, and communities in the U.S. raise money and pick which ones they would like to support.

“We go to small villages and regions where politicians do not go, and bigger development projects are not happening,” says Ron De Weerd, Development Director at FRB. “We see ourselves filling a niche with the most marginal of small holder farmers – even landless people.”

Ron spoke of his organization’s role in a development world full of broken promises and misguided schemes. “Often times, institutional programs come in with lots of money, have specific benchmarks of progress, with this agricultural technology, or that machinery product,” he says. “Everyone in the village says ok, we’ll do it, and results are created.”

The lasting impact however, is missing.

“People revert immediately. They don’t have any ownership in the project, they are afraid to change on their own because if it fails, it could mean they might starve.” Foods Resource Bank provides the stable presence in a community-focus with long-term relationships. They help conduct test plots, design model farms to ensure the successful adoption of new techniques, and promote the formation of village cooperatives as vehicles for savings, marketing and the sharing of information.

Farmers are especially valuable participants with FRB growing projects. “What we hear from our overseas partners is that the funding we provide is important, but that the solidarity they feel from U.S. farmers is often even more significant,” says Joan. “In one of our projects in Guatemala, the farm community is building greenhouses to extend their growing season, and to let them grow crops they couldn’t otherwise.” Joan mentioned that producers here in Iowa including members of Practical Farmers of Iowa are working together to supply larger institutions. “The farmer host exclaimed, ‘That’s my dream!’”

Many PFI members have volunteered with FRB. In northeast Iowa, New Melleray Abbey, Karl Dallefeld, Don Elsbernd, Jeremy Peake, Gary and Kim Welch, and many others. To learn more about helping small-holder farmers around the world, check out http://www.foodsresourcebank.org/

Have you been involved in an FRB growing project? Comment below and tell us about your work.

Financial support may be available for PFI members to travel to Washington, D.C. to share FRB’s vision of small-scale development. Site visits to meet the small-holders impacted by the support of FRB growing projects is also possible. Contact ron@foodsresourcebank.org for more information.