Over-Herd on the PFI Listserve: AI, a question of genetic availability, and effects

The grazing listserve exploded with activity following a query by member Wade Dooley last week.  Looking to try something different on his farm, Wade asked others about their experiences with breeding beef heifers by AI, and about which traits to look for.

Some of the interesting points brought up:

What are the goals of the producer?  This influences both the decision to AI, and the decision of which bulls to utilize.

What sort of offspring is the producer looking for?  Producers need to consider their market and their goals before selecting a bull, either on the hoof or in the tank.

These questions will determine a lot of things.  Calves that a producer wants to keep or sell as breeding stock (mostly females) need to be able to perform in his system (or that of his customer).  If management is low-input and forage-based, smaller frame-sized cows are often recommended for their lower maintenance feed requirements.  If supplemental concentrates or high-energy feeds are to be offered, a larger cow or one with greater milking ability is more likely to wean a larger calf. 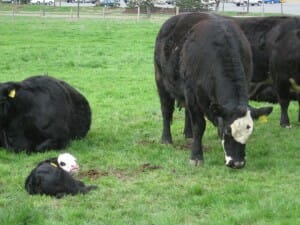 If the calves are to be finished and sold for beef, the management system also influences bull choice.  Smaller-framed cattle will finish at a lower weight, thus requiring less time and feed before finishing.  If the calves are destined for a feedlot or will be fed supplements, as with the cows, a larger animal can be sustained.

So now, some more thoughts and questions emerge. 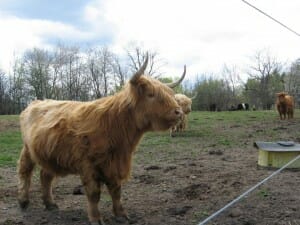 Some of the specific advice gleaned from the listserve discussion follows.

Anyone interested in being forwarded the conversation or getting onto the grazing listserve should contact Margaret (Margaret@practicalfarmers.org).