Last month, I attended a workshop on cover crops for fruit and vegetable farms, hosted by Iowa State University Extension.

Besides the effect of biofumigation, Ajay also talked about how brassica cover crops in cucumber production had a positive impact in terms of attracting pollinators by bringing a lot of bees. However, at the same time they also attracted cucumber beetles which caused a lot of cull fruits.

Here are the links to some articles on biofumigation:

Could the effect of brassica cover crops as biofumigants potentially be a cooperators’ project next year? Any thoughts on this topic? 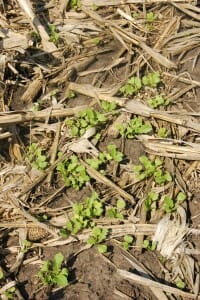