Five Things PFI Should Consider in Planning for the Future 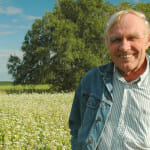 We recently asked farmer and PFI member Fred Kirschenmann, of the Leopold Center and Stone Barns, for his counsel on what to consider as we develop the Practical Farmers strategic plan for the coming years. Here are Fred’s remarks:

A small, but increasing, number of agriculturalists, food entrepreneurs, and futurists are beginning to recognize that significant changes are on the way which will not only affect the way we produce food, but the way we conduct our entire way of life. History suggests that those civilizations that anticipate such changes, recognize the importance of sustaining natural resources, and get a head start in preparing for the changes, tended to survive, while those that failed to exercise wisdom, tended to collapse. (See Jared Diamond, 2005, Collapse)

Probably our biggest danger is that the majority of us, including farmers–not just conventional, industrial farmers, but all farmers, (as well as most food entrepreneurs)–tend to be in a state of “dreamy belief” assuming that most of what drives our current food system will continue to be there in the future and that all we need to do is to “ramp up” the technologies of our current operations, or “green up” our current operations, and our agriculture and food systems can be “sustained” into the future.

The problem with this “dreamy belief” is that it will leave us largely unprepared to meet the challenges of the future. What we need to recognize is that our current, modern, system of agriculture is a very efficient, input-output system that is heavily dependent on a range of relatively cheap inputs. Those inputs include, cheap energy, cheap fertilizers, cheap minerals, the historic gift of relatively fertile soils, abundant fresh water, and relatively stable climates. Given the rate at which we are exploiting these inputs they will likely no longer be there in the near future. To use cheap energy as just one example, T Boon Pickens reminded us two years ago that we should expect crude oil to reach $350 a barrel in ten years—that is eight years from now!

So as we exercise the practice of anticipating the changes coming at us, recognizing the value of natural, sustaining resources, and getting a head start preparing for those changes, what role can PFI potentially play in assisting its farmers and supporting members? To begin we might all ask ourselves a poignant, but relevant question. Let’s assume that ten years from now crude oil will be $350 a barrel, fertilizers, other inputs, and equipment costs will be five times what they are today, that we only have half the amount of fresh water available, and that we have twice the number of severe weather events–including more droughts and floods–what kind of agriculture should PFI farmers have on the landscape and what kind of food system should PFI members imagine? Perhaps we want to plan for this scenario 20 years from now, instead of ten years—in either case it is not a long time to plan to meet the challenges we will likely all be facing.

5 Things PFI Farmers Might Consider.
1. Begin restoring the biological health of soil. Biologically healthy soil is one of the most important resources to “sustain” food systems in our new, future world. Biologically healthy soils are one of the most important resources to meet many of the future challenges. They store much more fertility, requiring far less inputs, they absorb and retain much more moisture, reducing run-off, flooding, and nutrient loss, requiring less irrigation and making crops much more resilient in times of drought. Biologically healthy soils also sequester more carbon, contributing to the important task of putting a cap on carbon to begin reducing the negative effects of climate change. The good news is that we mostly already know how to restore Biologically healthy soils based on wisdom from the past and already adopted by many PFI farmers. One of the most encouraging, contemporary practices that farmers are beginning to adopt is the inclusion of diverse cover crops in food and feed crop production systems. Some farmers have already demonstrated that after 5 – 7 years of cover crop inclusion they can reduce their fertilizer and pesticide input by 70% and still maintain yields, and absorb and retain over 100% more moisture in the soil.

2. Restore as much biodiversity and genetic diversity as possible. Specialization, simplification and economies of scale produce incredible efficiencies when all of the cheap “inputs” are available to “sustain” such a system. But in a future when cheap inputs are no longer available farmers will have to adopt a system that is more grounded in what Aldo Leopold called “land health.” By land health he did not only mean soil, but the entire biotic community, and land health was the “capacity” of the entire biotic community to “renew itself.” Such self- renewal is only possible when the many diverse species in the community which provide the free ecosystem services that foster the renewal of the whole. Farmers who have practiced various forms of integrated pest management already have experience in such use of biodiversity. In his book, Where Our Food Comes From, Gary Paul Nabhan has clearly articulated the value of genetic diversity for achieving resilience during anticipated future challenges. Again, some farmers and seed breeders have already begun to see some of the advantages of breeding crops and livestock for local adaptation in challenging times.

3. Cultivating production systems grounded in biological synergies rather than input dependence. Ultimately to be “sustainable” our farming systems are going to have to be more self-renewing and self-regulating—less dependent on expensive inputs. This will require recovering some of the wisdom from the past—agriculturalists like Sir Albert Howard, Liberty Hyde Baily, F.H King and many others, who understood that the “N-P-K Mentality” (as Howard put it) was not based on a sustainable trajectory, and that we had to model our farming systems more on “nature’s farming” which is based on diversity, recycling, and biological synergies. Now that we have essentially used up the “old calories” that constituted most of our inputs and are already on a trajectory to becoming prohibitively expensive, we need to take advantage of the new science of ecology and evolutionary biology to redesign the future of agriculture based on creative biological synergies, that will require less energy and be more self-regulating and self-renewing. Crop rotation experiments by scientists and practiced by PFI farmers show some early evidence of the effectiveness of this direction. Much more needs to be done to explore creative new possibilities, essentially marrying the wisdom from the past with the science of ecology and evolutionary biology to come up with new designs.

4. Cultivating new farmers. As everyone who is following the data knows, we have a serious depletion of farming populations. As of the most recent available census data (2007) approximately 70% of our total agricultural sales are being produced by just 192,442 farms and over 30% of our farmers are over age 65 and only 6% are under age 35. Given the challenges ahead of us we will need a growing number of the most intelligent, creative, innovative, young farmers in the history of American agriculture. Of course, one of the barriers keeping young people from entering farming careers is the high economic risks and low return to labor that makes careers in farming unattractive. One of the bright spots in this scenario which PFI may wish to explore is the advent of farms of “the middle”, i.e market farms between the smaller, direct market farms, and the large, undifferentiated commodity farms—farmers who have aggregated their farms into marketing networks, differentiated their production with their own brands, providing them with more economic security, shared skills, and reduced transaction costs. These new arrangements are encouraging some young people to remain on the farm and some who left farming to return to the farm. Numerous examples of these new farming markets have emerged in recent decades and the average age of their farmers has been going down! Organic Valley and Niman Ranch serve as examples—as of 18 months ago (according to information from their leaders) the average age of both market groups is now 46 and getting younger, compared with the national average of 57 and getting older. PFI might explore additional opportunities to join and create such marketing arrangements.

5. Land and farm transfers. As we all know for several decades farmers have been urged to “get big or get out” and to “farm fence-row to fence-row.” This has now brought us to a point where farms are so capital intensive that it makes it near impossible for young farmers to enter commodity agriculture, and making it increasingly difficult for retiring farmers to transfer their land and property to new, younger farmers. This is a very important but difficult problem to solve. Two emerging approaches seem to be providing some opportunities: (a) the emergence of “food hubs” where communities are taking steps, as a community, to insure healthy, nutritious food for their own communities by acquiring land, establishing relationships with farmers and developing business plans that create sustainable regional food enterprises that make land available to younger farmers and provide the market context to sustain appropriate food systems for the community. While such arrangements are still new and few, they are being increasingly explored in many regions of the country and throughout the world. (b) The development of “land trusts” is another effort underway to make it possible for landowners to transfer land into the trust that assures that land transferred from private ownership into a public trust be made available for farming under certain stewardship requirements. Likely down the road this issue will require more imaginative public policy, so that land will be valued and made available for food production, in the public interest. PFI may play a role in the evolution of such policies.