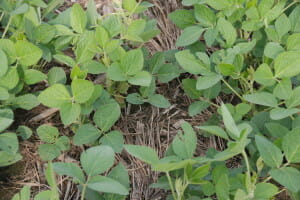 Midwest farmers who rely on healthy soybean harvests have one more reason to consider adding cereal rye into their crop rotation in 2014.

Research conducted in Illinois indicates certain cover crops left in the ground during the winter make the soil less vulnerable to diseases that attack the leaves and root systems of soybeans planted the following spring.

The three-year study, funded by the USDA Sustainable Agriculture Research & Education Program, looked at whether cover crops have environmental and economic benefits beyond those already well-documented, such as prevention of soil erosion and suppression of weed growth.

University of Illinois crop scientist Darin Eastburn says his findings about cover crops and disease management gives Midwest bean farmers something to consider as they budget for 2014 planting.

“If they’re looking for the various benefits that they’re going to get for a cover crop; then the added benefit of reducing levels of disease in some situations might be that factor that tips the scales,” Eastburn said. “To make them go through the process of planting cover crops and incorporating that into their normal practices.”

According to Eastburn’s research, cereal rye and rapeseed were most successful at warding off diseases than the other two cover crops studied – brown mustard and winter canola. But all four crops tested prevented root rot and other diseases from getting any worse during the three years.

“It’s a way to get a fibrous root system in, scavenge nitrogen and break up compaction, and it’s a species that you can seed fairly late into the year.” Benoit said. “There’s a pretty good yield response within just the first year of doing that.”