The farmland transfer dilemma: Keep the farm — and family — intact 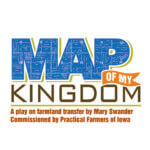 “My grandparents worked like dogs to hold onto [the farm] during the Depression…. Then my parents both took off-farm jobs and went into contract farming during the Farm Crisis…. How do I best plan for my kids’ inheritance?  I have my whole family—from generations back– looking over my shoulder.”

We are very excited to be collaborating with playwright Mary Swander to address issues of farmland transfer! We announced to the media this week the premiere of the play, Map of My Kingdom; the above quotes are taken from the play. Please join us Saturday, July 12th, at Scattergood Friends School for the premiere.

A tremendous transition in ownership of Iowa farmland soon will take place.

Many farmers will lose farmland — their source of livelihood — during this transition unless farmland owners act now. Owner-operated Iowa farmland has decreased from 55 percent in 1982 to 40 percent in 2012, according to Mike Duffy. Farmers who rent land are in a precarious position: When their landlords pass on, much of that land will pass to the landlords’ heirs collectively or in separate parcels. Some of those heirs will want to cash out quickly, leaving the farmer struggling or unable to find the financing to purchase the land. 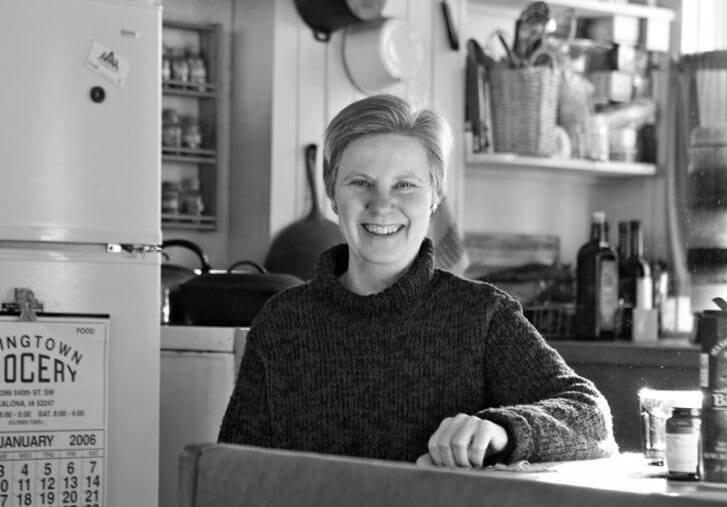 The situation is equally severe for farming offspring of farmers who own their farmland. Many farmers plan to leave their land equally among offspring. Many farming offspring will not be able to buy out the other heirs who want to sell the farmland to “cash” in on their inheritance.

Martin says that many farmers “don’t talk much about money or anything else…. And land transition takes talk–a lot of talk.”

We at Practical Farmers hope Map of My Kingdom helps get some of that talk started.