Those of you who seeded cover crops last September may be starting to think about grazing the early spring growth before planting corn or beans. Last November, we published Bruce Carney’s research report on grazing cover crops on corn ground, which you can read about here.

Bruce aerially seeded 49 acres of a willing neighbor’s cornfields with winter cereal rye in early September 2013. He then rotationally grazed those acres the following spring. 184 cattle grazed the rye for 8 days in late April into May, consuming a high proportion of the available forage. At $45/acre to establish the cover crop, this forage essentially cost Bruce $61.66/ton DM to produce – which was below the average cost of hay. Cover crops also provided benefits to the crop farmer’s soil, and allowed Bruce to rest his pastures longer before initiating spring grazing.

Bruce also measured penetration resistance to determine soil compaction from grazing (which is a common concern of crop farmers). Bruce found that soil compaction was not increased by cattle grazing the rye. A recent USDA study also shows no damage to soils from grazing of cover crops. 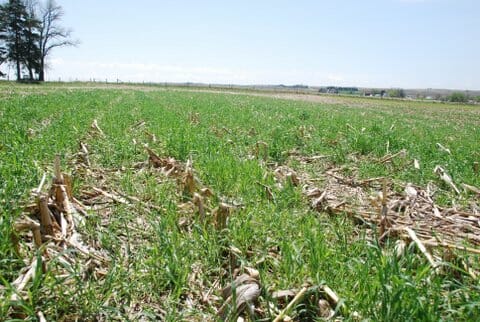 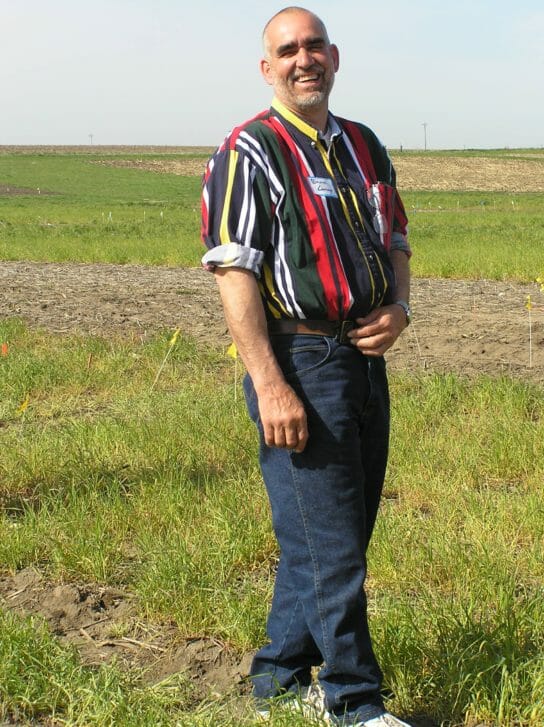 This September, Bruce will be seeding 50 acres belonging to another row-crop neighbor with a 6 seed cover crop mix. Soil health measurements will be taken before and after planting and grazing to determine the benefits of a cocktail seed mix and animal impact. For more information about this upcoming project, contact Meghan Filbert at meghan@practicalfarmers.org.