Field Day Recap: Cover Crops in Corn in July: Will They Make It to the Fall? July 16 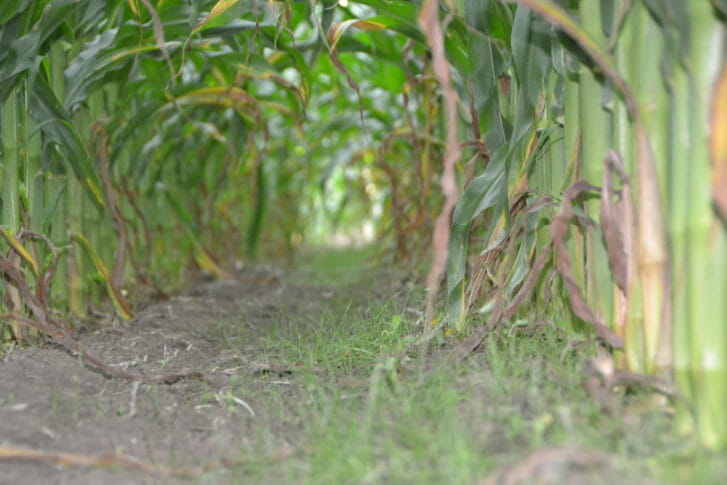 Annual ryegrass grows beneath the corn canopy that was seeded at Denny’s in June.

Jon Kiel, Kirk Den Herder, and Denny Vande Brake hosted a field day about early seeding of cover crops at their farms near Orange City on July 16. Check out photos of the field day here!

Jon, Kirk and Denny showcased test strips that are part of an on-farm research project in PFI’s Cooperators’ Program. You can learn more about this project in the Research Protocols posted on our website. 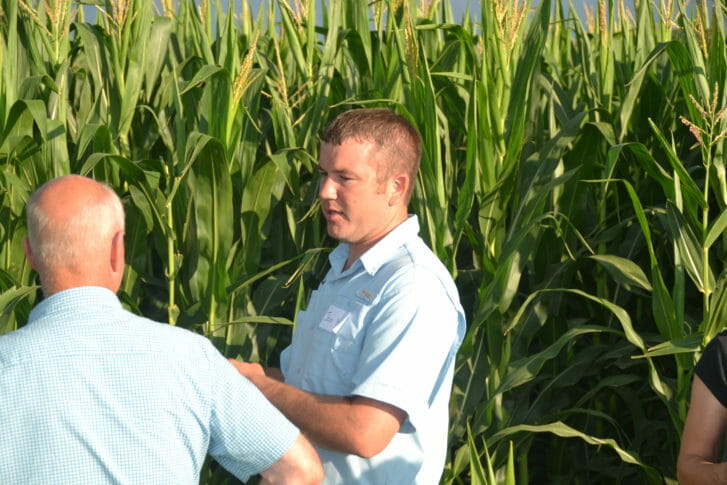 Jon Kiel of Verity Farms led the field day, focused on early seeding of cover crops, on the farms of Kirk Den Herder and Denny Vande Brake near Orange City. 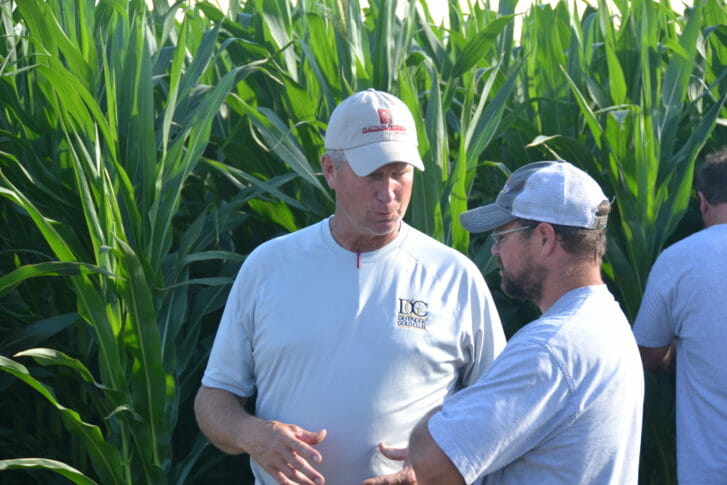 Kirk Den Herder (left), hosted the meal at his farm. 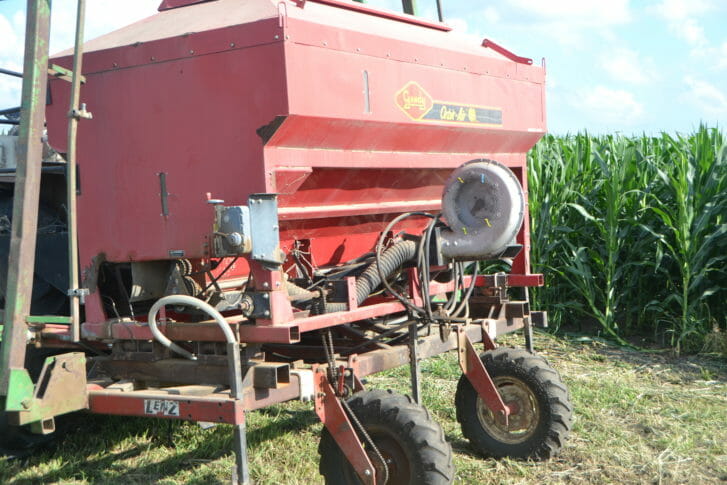 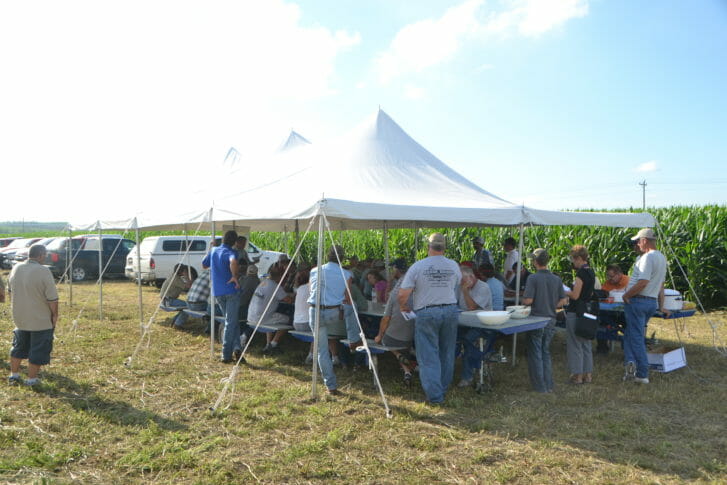 Over 50 people attended the field day. 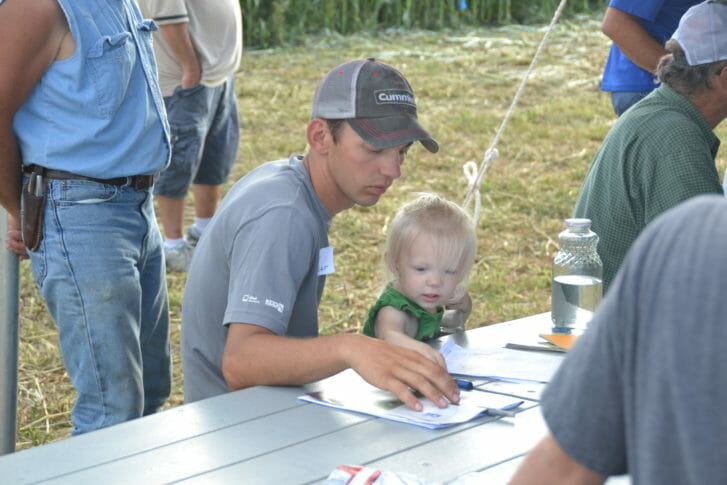 Robert Alexander teaches the next generation about cover crops. 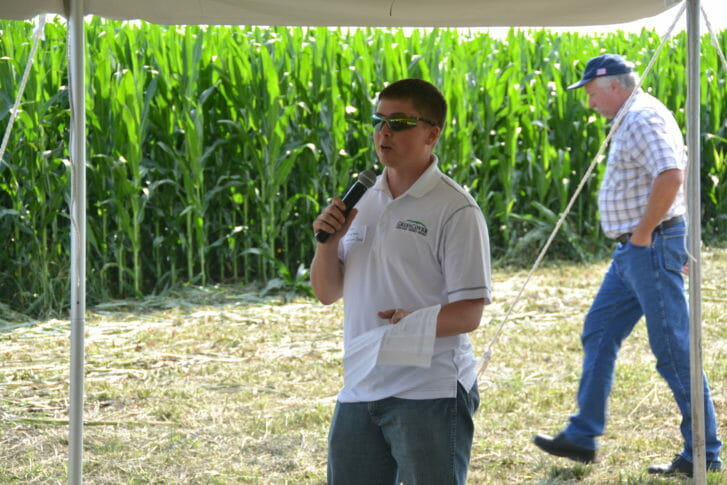 Colten Catterton of Green Cover Seeds talks about his experience with early seeding of cover crops. 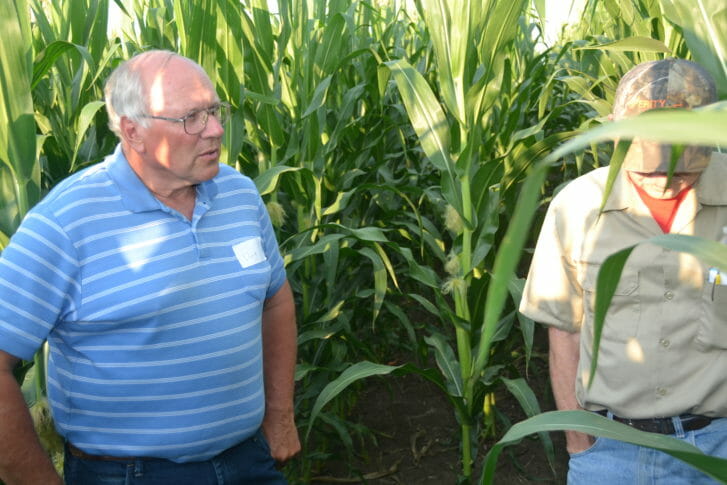 For the second part of the field day, participants moved to Danny Vande Brake’s farm. 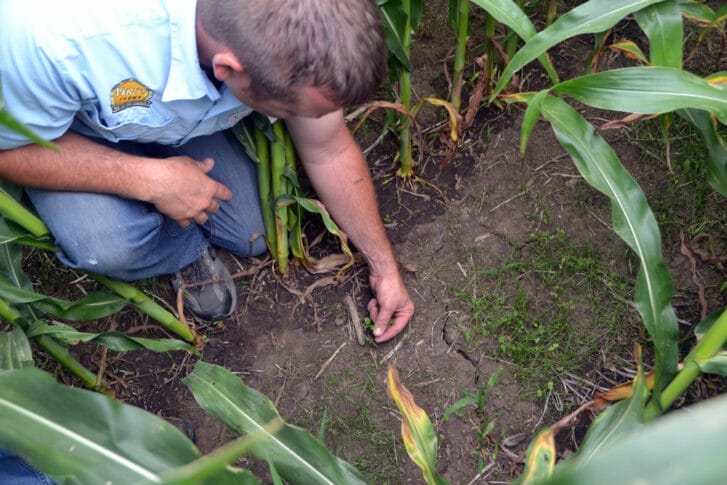 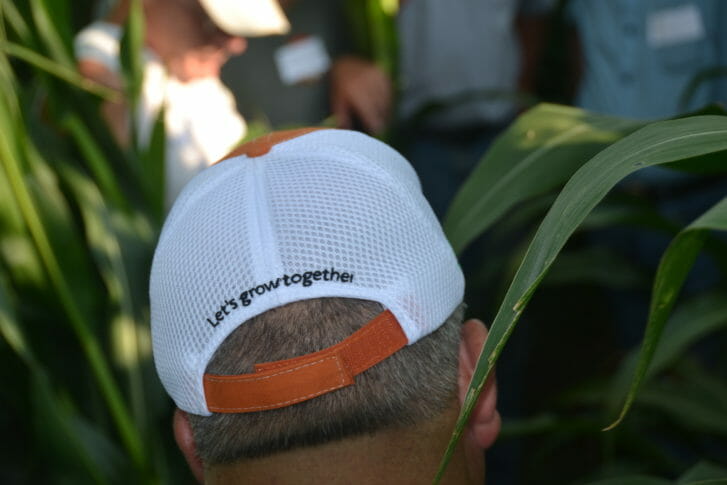 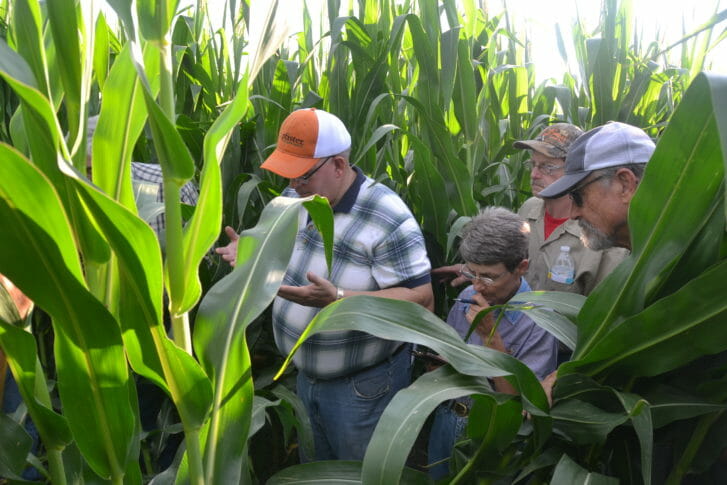 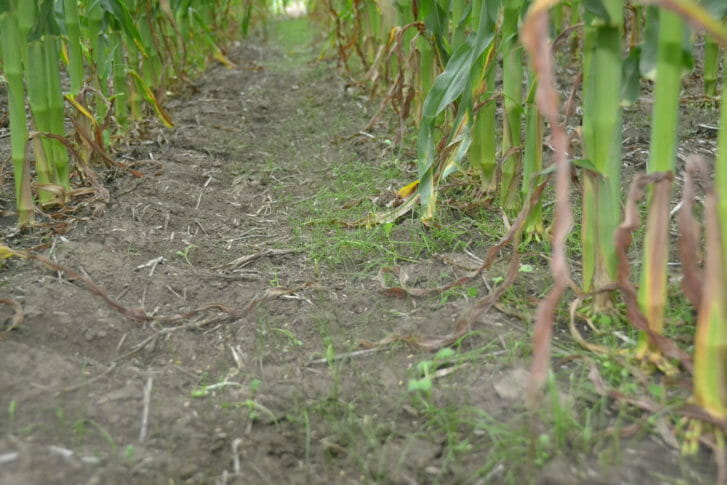 Jon, Kirk and Denny hope the cover crops they interseeded into corn in June will make for good forage for their cattle after the corn is harvested in fall. 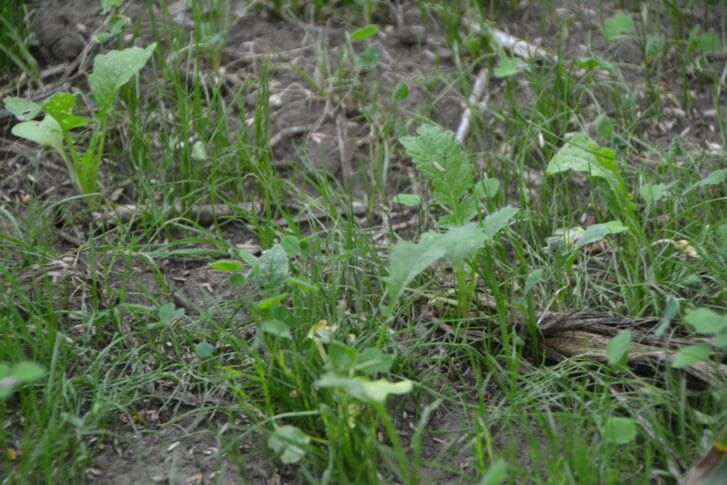 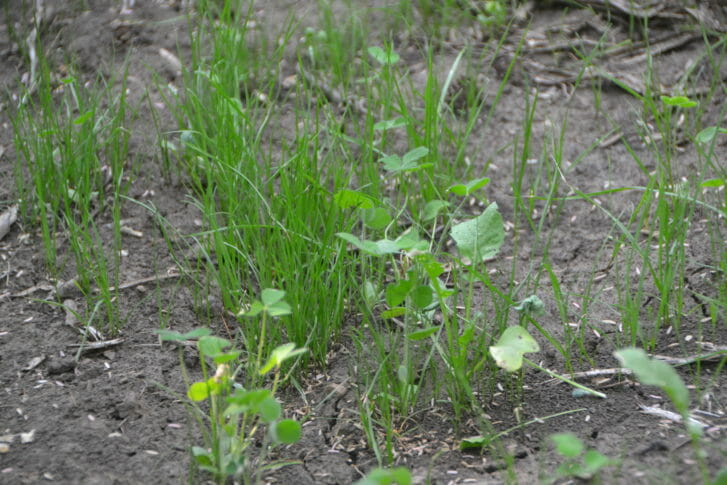 The Indy Mix appeared to be the interseeding treatment with the most cover crop growth at Denny’s. 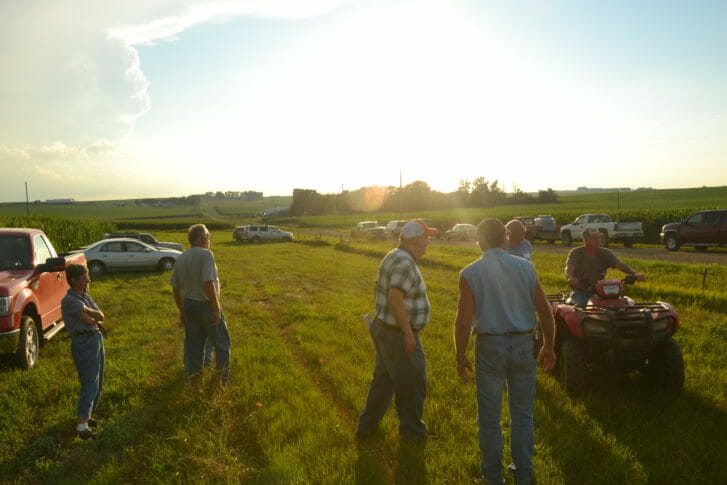 The field day ended as storm clouds moved in, bringing much needed rain to the only dry area in Iowa.