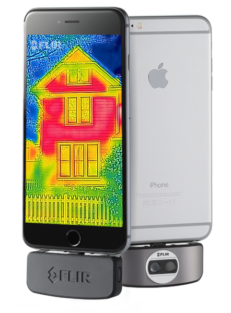 For those of you interested in saving energy on your farm, we have good news. Practical Farmers has recently purchased a thermal imaging (infrared) camera! The FLIR One camera plugs into new IOS devices (we also have an iPad mini for using the camera, so you don’t need a new iPhone). It will be available for one-week rentals starting August 24th. It will be free to rent for members, we just ask that you send the camera and iPad back with pictures and the new insights you’ve gained so that everyone can learn.

Please contact me, nick@practicalfarmers.org, if you are interested in renting the camera. Just let me know when you would like to use the camera, what you’d like to use it for, and we can get you on the schedule.

Maybe you’ve seen or even used an thermal camera before, but to get you started on some potential uses, here’s a little more about thermal imaging.

What is thermal imaging?

Any objects that use energy (plants, animals, machines, etc.) emit heat. More energy emitted=shorter wavelengths (higher frequency). We humans, however, can only see energy as “visible light”—radiation roughly between 380 nm and 760 nm (and we, of course, can’t see the actual radiation, it has to be reflected off of something). The sun emits a bunch of radiation at that wavelength, and it is reflected off of different things, so we can see them. Light bulbs take advantage of this by giving off energy, some of which is emitted on the visible spectrum.

Most objects emit heat at a wavelength that is within the infrared portion of the spectrum. Again, the wavelength depends on the amount of energy released. More energy released = shorter wavelengths. So when some things start to get really hot, they begin emitting radiation on the visible spectrum. For example, when you turn a burner on high, it begins to turn red, the longest wavelength that humans can begin to see. 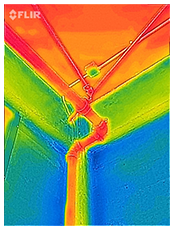 Thermal imaging cameras, such as the FLIR One, detect radiation in the infrared range of the electromagnetic spectrum, and produce images of that radiation. That picture looks something like the above image. This is useful, but the FLIR One has two cameras, as you’ll notice if you take a closer look. So when you take a picture, it takes a photo (below) and a thermal image. 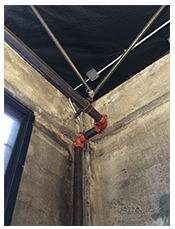 The FLIR One camera takes a few details from the photo, 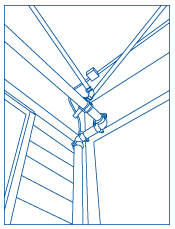 and overlays the thermal image into them, allowing you to see objects more clearly. 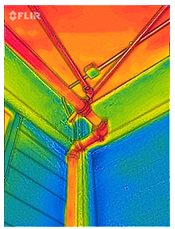 The amount of radiation an object emits increases with temperature, so the infrared camera allows you to see differences in temperature. One obvious application, that has been used by the military for decades, is night vision. We can only see objects reflecting visible light. However, they continue to emit infrared radiation, regardless of whether they reflect visible light or not.

Besides military operations, what can I use it for?

The applications are vast. Anything that uses energy gives off some heat (and radiation on the infrared portion of the spectrum) as a by-product. This includes all living things, but also all machines. We purchased the camera with the idea that vegetable growers could identify leaks in walk-in coolers and high tunnels.