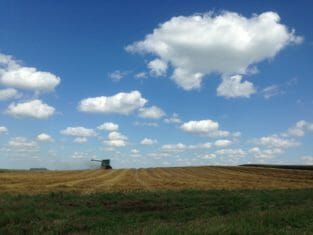 A few of you sent in reports about the small grains harvest. Thanks! Yields were all over the place, but with all the hard work and on-farm research you do, hopefully we’ll bring that average up, year by year. Please let us know what questions we can answer to make it easier for you to grow small grains. In addition to preventing soil erosion, reducing weed pressure, spreading the workload throughout the year, and providing diversity, small grains are pretty dang photogenic. Take a look at some of these photos PFI members sent in from around the state!

Dustin Farnsworth of Adair grew a “succotash” mix–wheat, barley, oats, and field peas–for the first time this year to feed to his pigs.  He says the mix yielded twice that of spring wheat grown by itself. Because of all the rain this year, the red clover took off. He hopes that will provide plenty of nitrogen for next year’s corn crop. 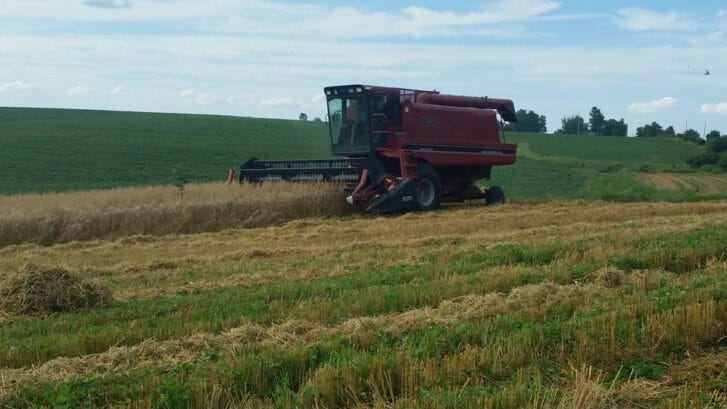 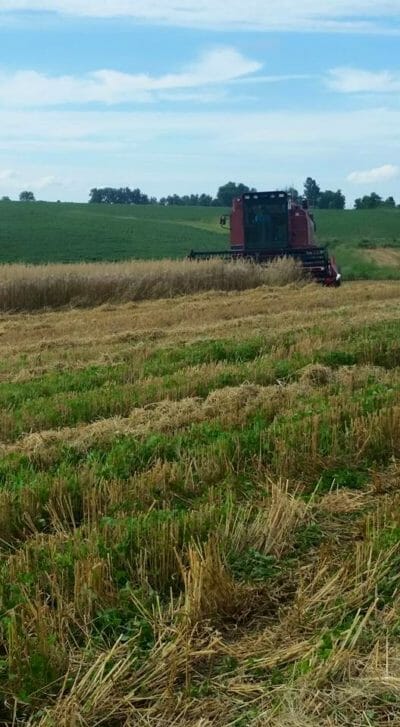 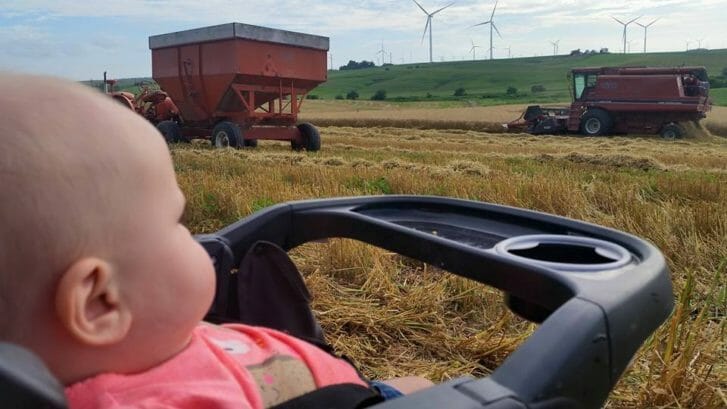 Bill Frederick of Jefferson says most of his rye was laid down by harvest time, but it still yielded well. Soon after, he was able to drill a multi-species mix. Come hear Bill talk about grazing this multi-species cover crop mix at his field day on August 17! 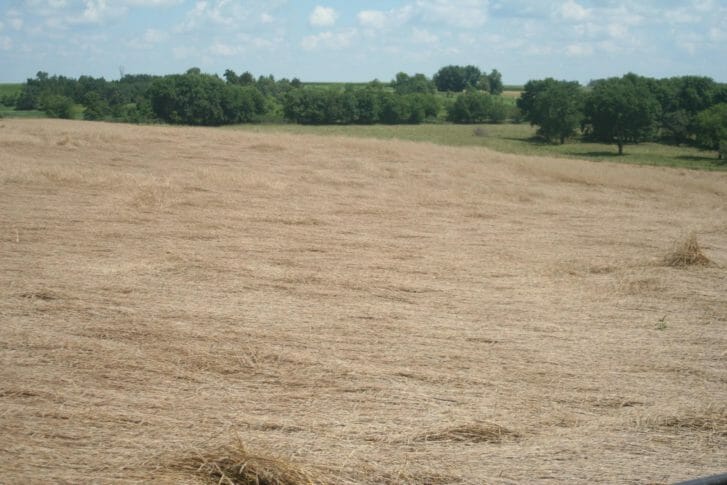 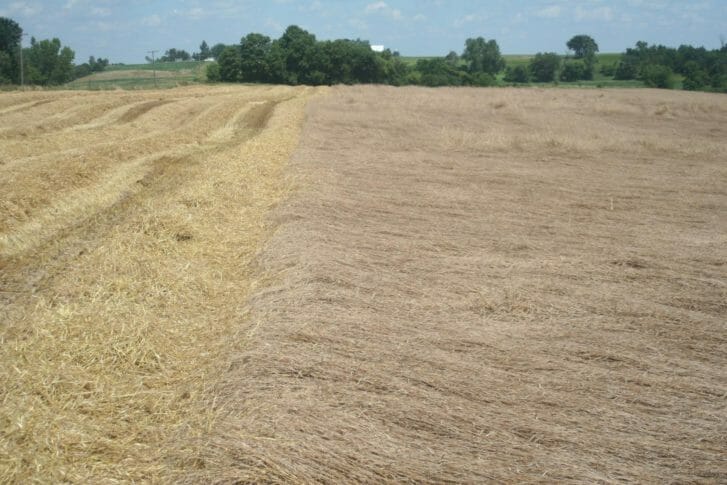 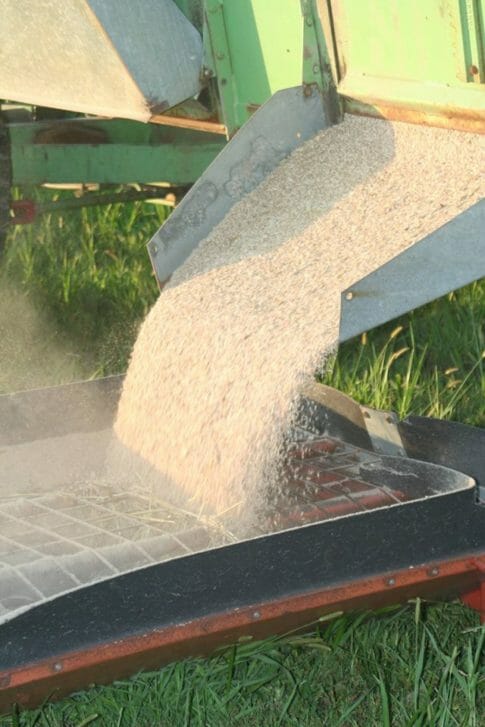 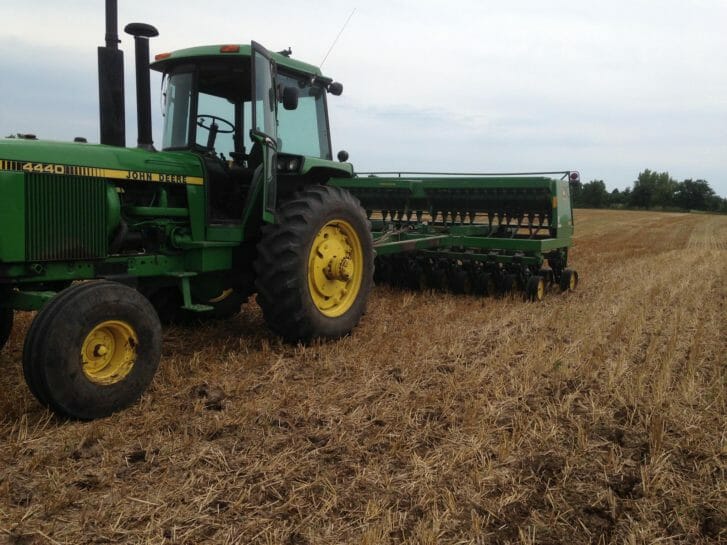 Mark Peterson of Stanton finally got the rye harvested after a wet summer. While Mark did drill a multi-species mix on his prevented plant acres, he decided to try something new on his rye acres: buckwheat! Like Bent Gate Farms on Facebook to see updates on the buckwheat crop. 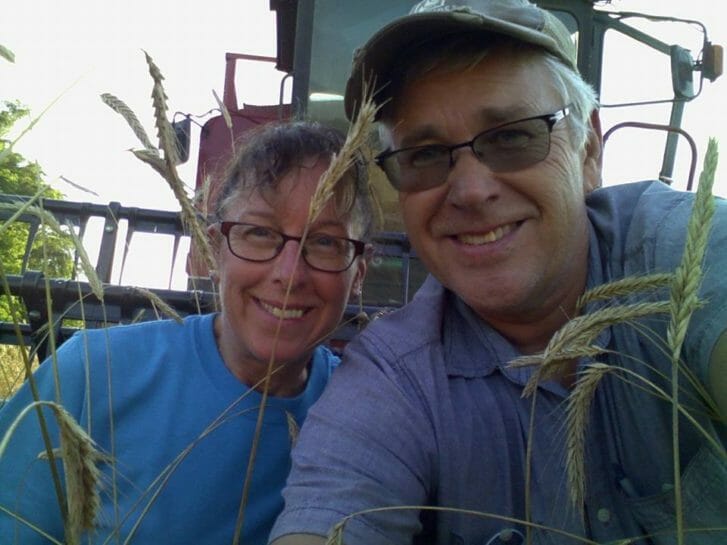 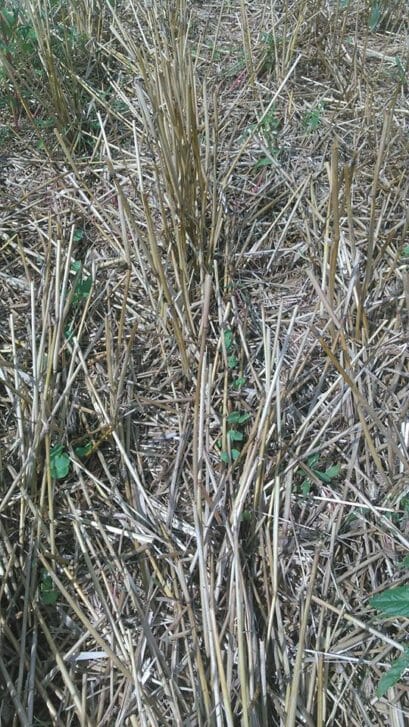 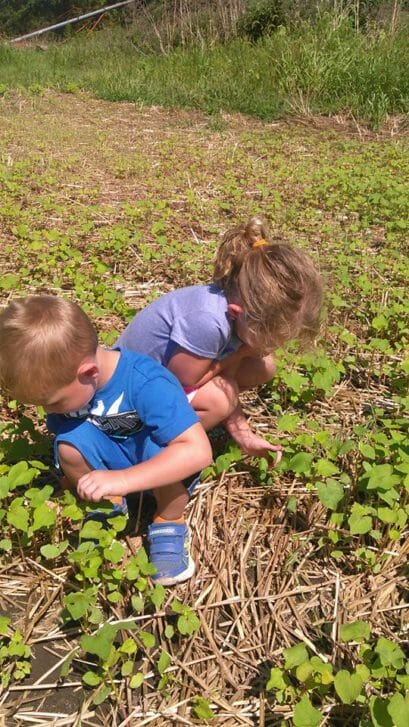 Tim Sieren of Keota had a tough year for rye, yields weren’t what he wanted. He attributed that to some fusarium head blight he found, probably a result of cool and wet conditions. He got some good pictures though! 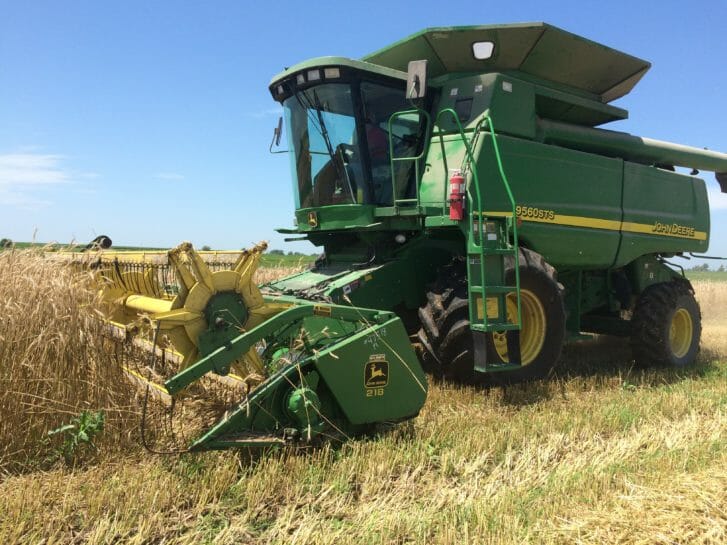 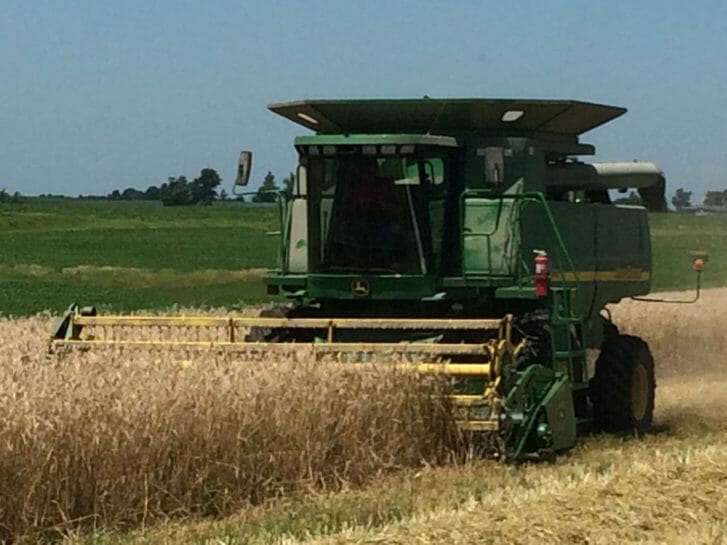 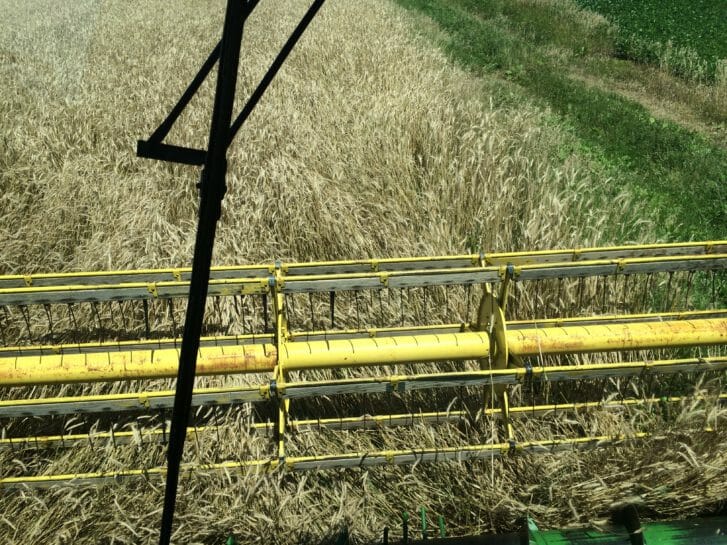 Clark Porter of Waterloo had good yields with his oats, but the test weight wasn’t quite high enough for food grade to be able to sell to Grain Millers in St. Ansgar. 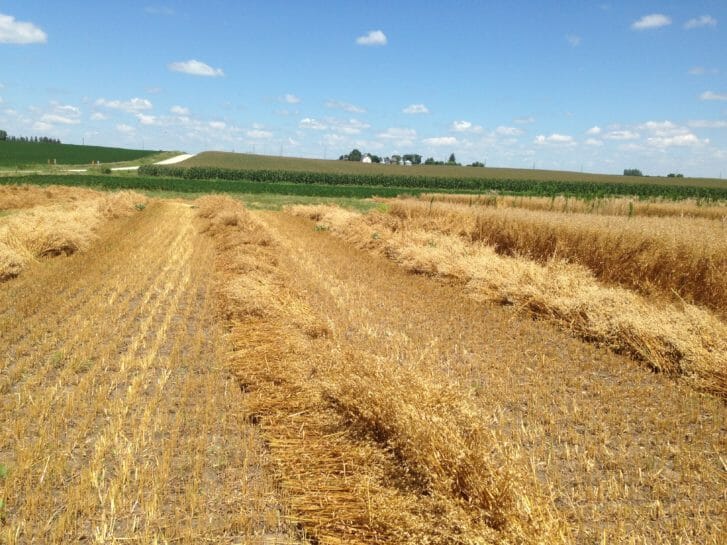 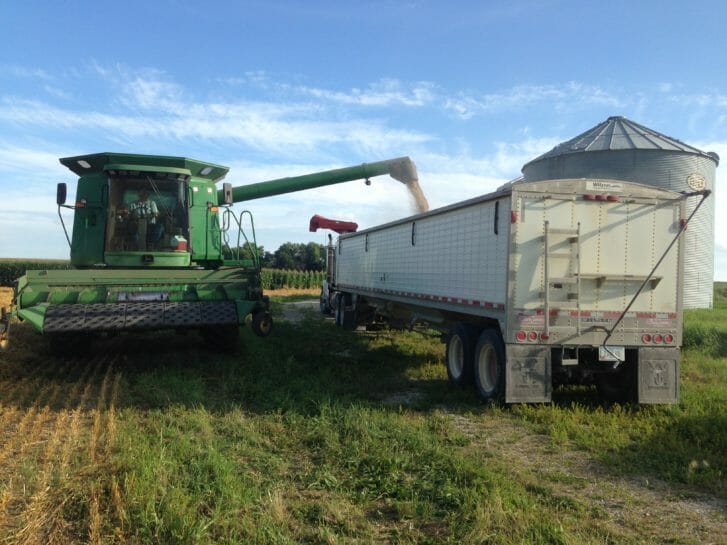 Wade Dooley of Albion used a mid-70s model International Harvester 815 that he had fixed up to combine his rye. He says that the old strawwalker machines leave higher quality straw than the newer rotor design, which is important for his crop/livestock operation. 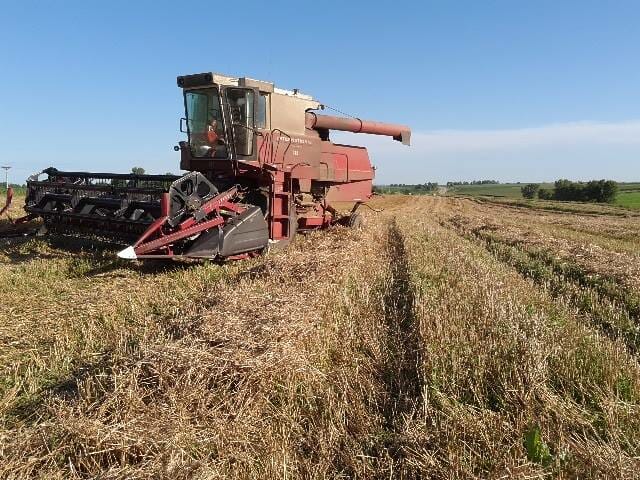