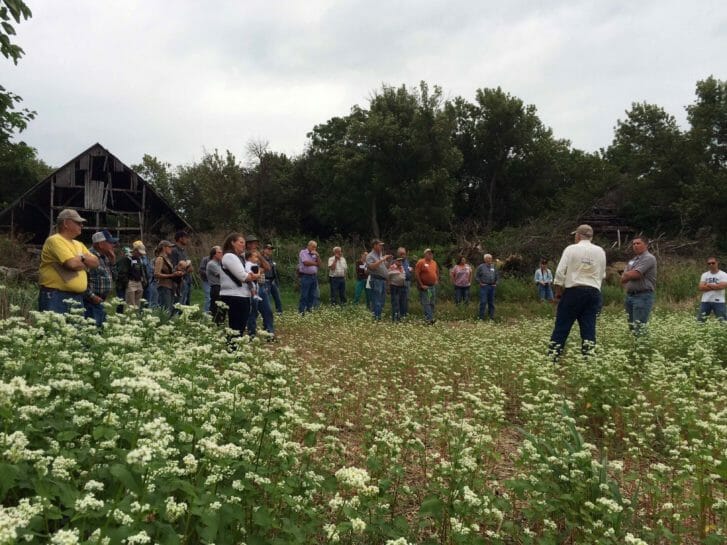 65 people made the journey out to Bent Gate Farm near Stanton, IA to attend the field day hosted by Mark and Melanie Peterson on August 28. The field day focused on various ways to improve soil health by incorporating cover crops in creative ways to their farm. Mark farms about 500 acres of no-till corn, soybeans, and rye for seed. 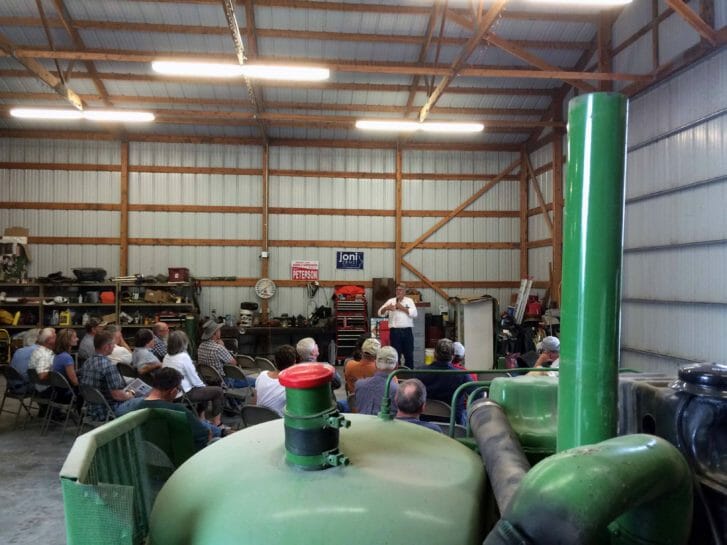 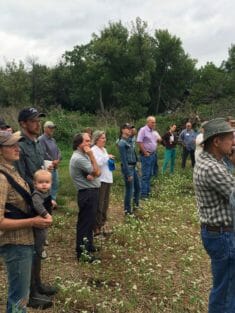 After introductions, the group walked across the road to the buckwheat field. The white flowering plant stands in stark contrast to the green of the rest of the landscape.

Mark is growing the buckwheat this year to sell to Green Cover Seeds, who will sell it as cover crop seed. Colten Catterton of Green Cover talked about the logistics and benefits of planting raising buckwheat. They used an air drill to seed the buckwheat on July 25th, after the a harvest of cereal rye, and plan on harvesting the crop when air temperatures reach about 35 degrees. While Mark will sell this crop for cover crop seed, buckwheat and its by-products are used extensively in Japanese culture, and could be potentially valuable in Asian food markets.

In addition to the seed market, buckwheat is a valuable cover crop, attracting beneficial insects, and potentially a good source of specialty buckwheat honey. 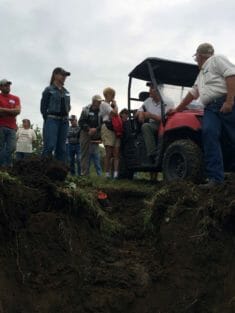 After touring the buckwheat field, the crowd moved back across the road to view a soil pit with State Soil Scientist Rick Bednarek of the NRCS. Rick stressed the importance of minimizing soil disturbance, diverse crop rotation, roots in the ground year round, and protecting the soil from erosion. He especially emphasized the importance of adding animals to the landscape, something Mark is working in partnership with his neighbor to do. 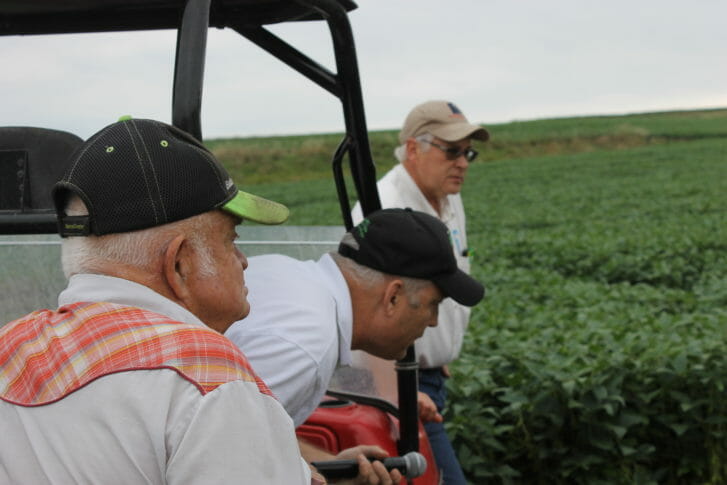 After learning about soil health, the group hopped back in their cars and headed down the road to a prevented plant field in which Mark originally planned to plant soybeans. Instead, he took the opportunity to plant his 12-way mix, including soy and mung beans, sorghum sudan grass, oats, radish, rapeseed, turnips, sunflower, and buckwheat, among others. He planted the mix last year in a harvested rye field. By fall, the field had so much biomass, that he worked out a deal with a neighbor to graze his cattle on the land. This year, because of the win-win situation this provided both of them, he planned that from the start. 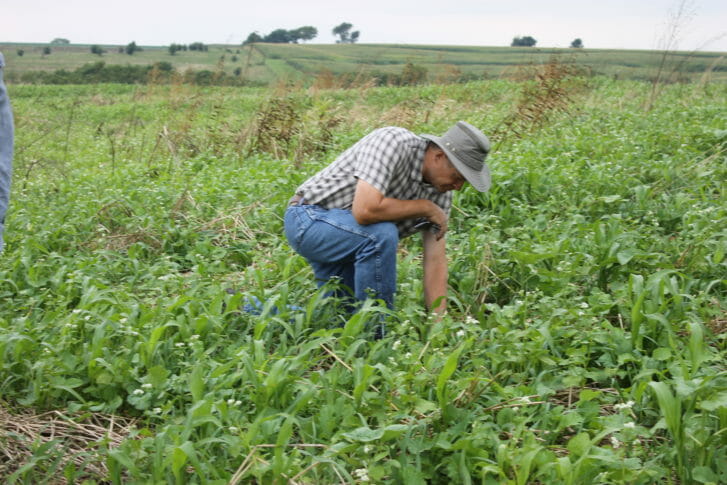 Because of prevented planting rules, the mix can’t be grazed til Nov. 1, but that works out perfect. It happens to hit at the time of year when the rest of forages on a typical farm are diminishing in feed quality. 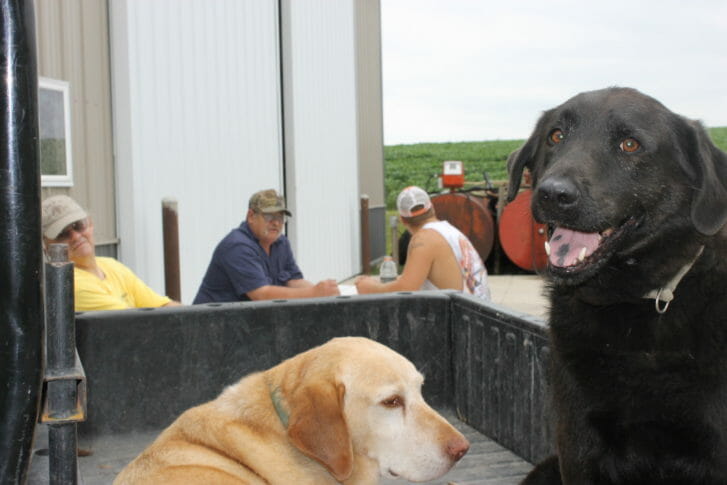 The Peterson dogs were happy to receive visitors to their farm. Photo courtesy of Melanie Peterson.

After returning to the shop, participants chatted with various local, state, and federal government representatives and shared a meal provided by the Iowa Cattleman’s Association. 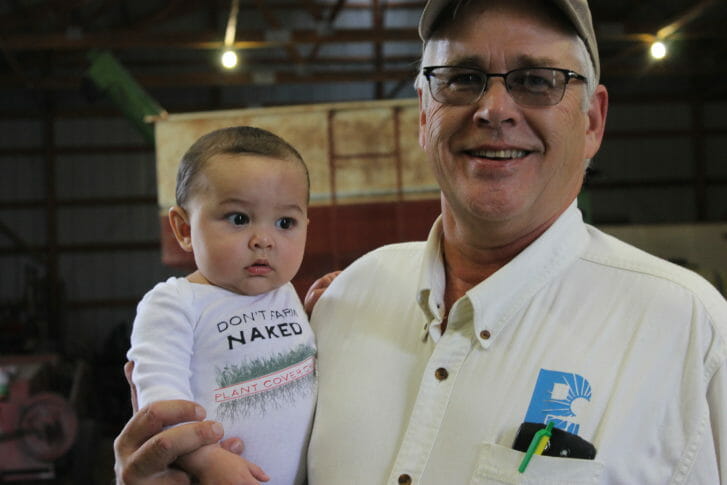