Practical Farmers is 30 years old. Where should our organization be 30 years from now? At a 2016 Annual Conference session, we will be exploring this very question. Below is the second of three scenarios that might get you to noodle what Iowa will be like in 2046; these scenarios are from a conference session PFI held five years ago. How does PFI fit into the scenario below? Please join Tina Bakehouse, Gail Hickenbottom and me Jan. 23 with your ideas.

Scenario Two: Back to the Basics

Laura took a seat at the 2046 Eldora seed swap, eager to sip her hot herbal tea. The room was cold, despite the hundred people present. She was pretty pleased, because she had snared some melon seeds she was eager to plant the next spring.

In 2016, Laura was just starting a career as a computer programmer in Des Moines. “Peak oil” was a phrase she skimmed over in the newspapers. She didn’t pay much attention when gas prices rose to $3 a gallon, but $4 a gallon stretched her budget thin. The prices continued to increase in jagged spurts and stops—and never went down. Despite massive influxes of government stimulus money, the nation stayed in recession for years. Laura’s pay stagnated, then, in 2020, she lost her job. And that’s when it really hit her how completely and totally the U.S. economy was tied to oil.

It was then that Laura moved home to Eldora. Her parents lost their jobs a few years later. 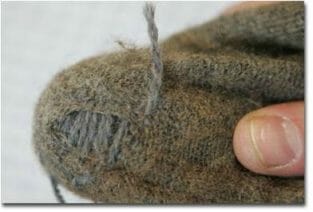 In 2023, it became clear that Laura’s family would have no other choice: They had to become largely self-sufficient. They tilled up the grass that had been the backyard to expand the family’s garden plot. They turned the garage into a chicken coop. On 40 acres of farmland they owned outside of town, Laura and her father seeded down their fields and grew prairie grasses to heat the family home. The family used to have three cars, and now they have one, and that one doesn’t work well.

Laura’s mother is finished with her seed swapping, and she joins Laura at the table with her find: some Cherokee purple tomato seed. She’s eager to plant the tomato seed, but wonders if she’s foolish. With the rains and the pests they’ve been getting, will the plants make it? Back in 2016, Laura’s mother grew and canned some tomatoes as a hobby. Today, the family grows and cans all of their vegetables, and Laura’s mother is often sought out for her growing expertise. They trade vegetables and chickens for sweet corn, wheat, barley and other food grown on neighbors’ plots.

Through the years, more and more people have left the cities and moved back home to Eldora; all of the town’s homes are now filled. Few are living comfortably, none are saving money, and most are worried about their future. Laura has learned how to darn socks and refurbish garden equipment. Laura’s father trades his carpentry services for food and other items. Purchasing new items is a rarity.

An old butcher reopened for business a few years back, but people are eating less meat than they once did. Laura and her parents have each lost about 20 pounds. They struggle to keep warm in the winter. In the summer, air conditioning is an unthinkable luxury, as are the winter vacations where they used to sun on the beach and stuff themselves with seafood from Cancun.

Laura and her mother grab their coats and say goodbye to friends. As they head home, Laura thinks about how she misses the restaurants of Des Moines and activities she used to do there. She doesn’t feel like she has much in common with her urban peers anymore, though, and she’s lost touch with them. She falls into bed tired each night and kind of hungry, but also deeply satisfied with what she’s accomplished with her own hands. Funny, she thought to herself, how much I enjoy the simple pleasures with in this life of hard times.