Practical Farmers is 30 years old. Where should our organization be 30 years from now? At a 2016 Annual Conference session, we will be exploring this very question. This is the last of three scenarios about Iowa agriculture of the future, which many of us discussed at a PFI conference session we held five years back. It is interesting how much has changed in the five years since we wrote these!

How does PFI fit into these scenarios of the year 2046? Please join Tina Bakehouse, Gail Hickenbottom and me Jan. 23 with your ideas.

Sam heads out of the house and onto the field for a winter walk. New Year’s Day, 2046. Hard to believe I’ve been farming 25 years now, he thinks. It’s been raining the past few days, but his walk through the fields isn’t too muddy. Gone are the days when his soil was bare in the winter, and that makes him feel good. He has protected the soil from erosion, cut fossil fuel dependence, and shakes his head at the amount of fertilizer and herbicides he used to use.

It’s a good thing, he thinks, something positive to counter the challenges of farming in such unpredictable weather. Sam heads up the hill to the start of his 1,000 acres of the perennial wheat relative named Kernza. Grains you don’t have to plant each year, he thinks. Dad wouldn’t have believed it. He first planted the Kernza on a commercial scale in 2025, after five years of trials with PFI. He even uses flour from the grain in his own family’s baking, which he purchases at his local Wal-Mart. 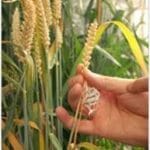 For the first part of his career, Sam was strictly a corn and soybean farmer; today just 500 of his 4,000 acres rotate between corn and beans in a no-till system. Relying on corn and soybeans is now a risky business, he thinks. In the wet years, mold ruins much of his corn. In the dry years, the soybeans don’t produce well. Glyphosate-resistant weeds are now too much for his corn. He’s thinking next year may be his last year for these crops.

Sam has 2,500 acres of the farm was in perennial grasses, providing feedstock to a regional biomass facility. He’s a big fan of the facility, because it has kept jobs in the community.

Sure, taxes are heavier than they were in 2010, but in general he likes the direction federal programs have gone. He enjoys the check he gets every year for the clean water and high-quality habitat he’s providing. Since 2022, the U.S. has had a strong green payments program, the political will brought as a result of a decline in the power of agricultural states in the Congress and urban outcry after farmers’ bare fields caused water utilities to pay for expensive drinking water treatment and exacerbated five rounds of serious flooding in Des Moines.

By now, he thought that he’d be selling carbon credits through the federal cap and trade program. He backed off in disgust, though, at the speculation and “funny science” from the system dominated by Wall Street banks.

Sam makes the turn at the end of the field and heads back to the house. He walks past his cattle, which he added back to his system 20 years ago, once federal policy made it easier to make it with grass-based systems. It’s a system that’s required him to get larger, but with the government payments, he doesn’t have to work off of the farm. Some neighbors who used to farm now work for him. He misses some other neighbors who sold him their farms and moved away. Overall, I’ve been lucky, he thinks. I’ve held onto the farm, I’ve improved the environment, and even grown food for others.