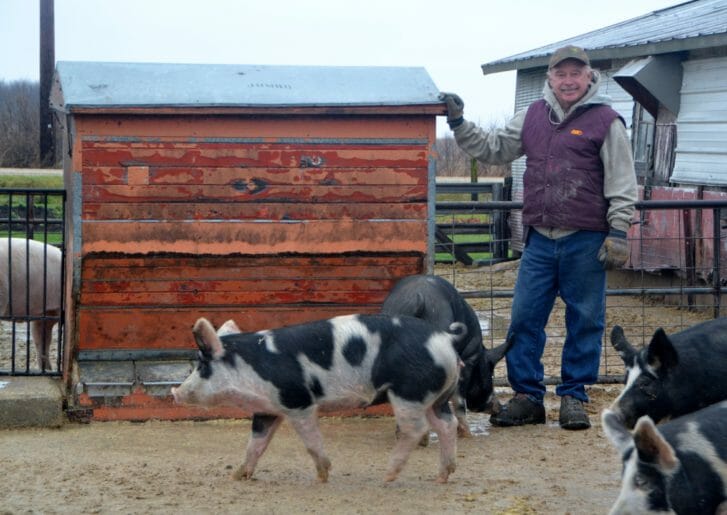 Tom stands next to the split feeder used to feed two groups pigs. One group was fed apple cider vinegar and the other group was not. 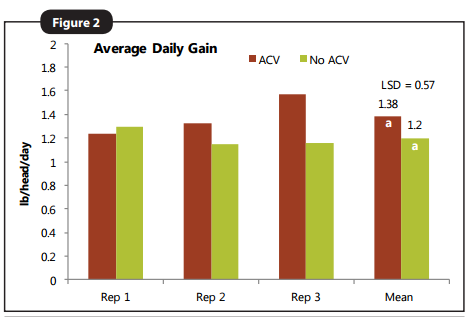 Average daily gains for each rep as well as the mean for pigs fed Apple Cider Vinegar (ACV) and those not (No ACV). 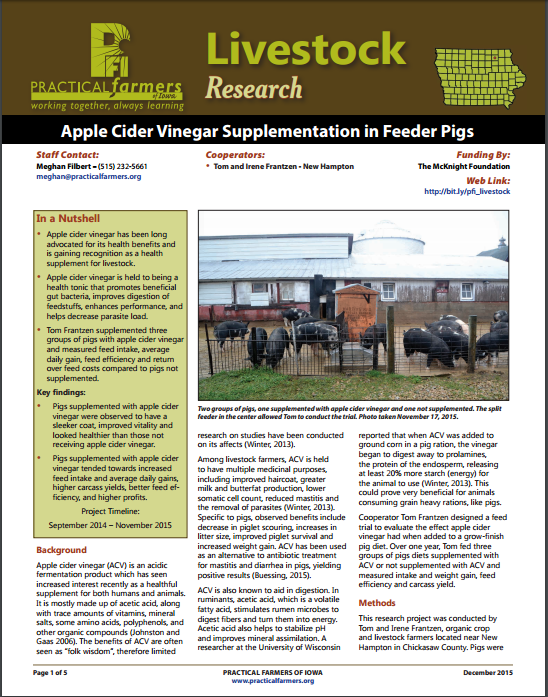 Keep you eye out for more apple cider vinegar feeding trials in 2016! If you’re interested in feeding vinegar and/or conducting a trial with your livestock, contact Meghan Filbert at 515-232-5661.