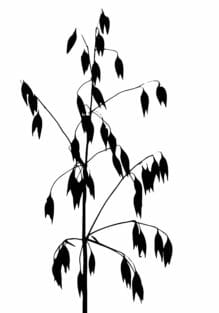 I was reading the Des Moines Register yesterday morning, and I came across this article: “Farm income to fall in 2016 amid low grain prices.” That grain prices are low — and therefore farm income for row crop farmers is falling — is not news to anyone in farming. However, I thought this quote from Michael Hein, a banker from Durant, was interesting: “Many producers won’t have the cash that once came from higher corn and soybean prices to pay for seed, fertilizer, land rents and other inputs that have not fallen at the same rate compared to commodities.”

The costs of production are declining, but of course the input costs can’t fall as fast as the commodity prices, because input suppliers have to make money, too. Diversifying your rotation can be a good way to reduce production costs, but producing a high quality (and therefore more marketable) small grain is important in improving the profitability of a diverse rotation. In this blog, I review information from Matt Liebman, ISU agronomist; Bruce Roskens, Grain Millers agronomist; and Darren Fehr, grain farmer from Mallard.

Time and again, throughout the small grains short course before the conference last month, especially in Matt Liebman’s presentation, we heard that adding a small grains crop to a corn and soybean rotation can reduce costs for inputs like seed, fertilizer, and herbicides. His research at Iowa State University’s Marsden Farm has found that adding a small grains crop can be profitable, because although corn is grown less often in the rotation, it yields higher and costs less to produce when it is grown. This is largely due to the addition of nitrogen-fixing legumes such as clover or alfalafa, but also to “the rotation effect” — the additional effects that diverse crops have on soil physical, chemical, and biological characteristics that tend to increase yield. He says that research from all over the world shows that crops grown in longer rotation yield higher than those grown in short rotations.

*Since publishing this blog, Matt reminded me that livestock are a key element in a diversified crop rotation. The three and four year rotations in his study (the ones that include small grains and a legume) also receive composted manure, and the 2-year rotation doesn’t receive manure. “Yes, I believe diversification of crops does enhance yield, but there are important soil quality and nutrient availability effects that likely derive from the manure application,” he says.

The slides below are from Dr. Liebman’s presentation at the course. 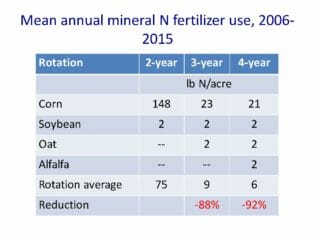 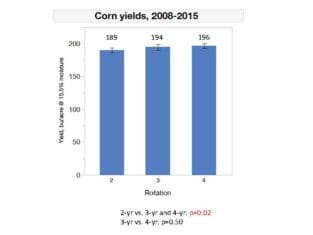 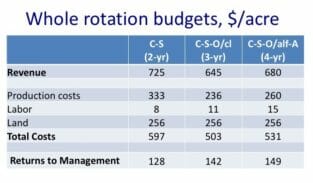 Taking advantage of this system depends at least somewhat on having a market for the small grains crop. For producers with livestock, many opportunities exist for feeding oats at various stages of maturity and quality. But for purely row crop farmers looking to sell food grade oats, quality is equally important to quantity.

Bruce Roskens, director of crop science at Grain Millers, has worked with oat millers and growers for nearly 40 years, first with Quaker Oats, and now with Grain Millers. He presented at the short course as well, and says that the most important thing to remember when it comes to profitably selling oats to food processors is that you are producing a food product. “Farmers raise a crop,” he says, “as a grain buyer, we buy an ingredient. Everything we buy is intended to go into somebody’s mouth.” He offered some tips to producers in one of the slides from his presentation. 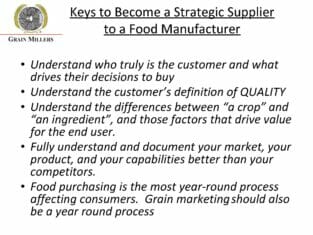 Here’s a list of Grain Millers specs for conventional and organic oat production.

Roskens says Grain Millers has a list of preferred and acceptable varieties because these are varieties that exhibit good milling qualities for making rolled oats. One of the most important factors in that is the ability to remove the hull. “When you can’t get the hull off the oat, and you end up breaking that groat up, you can’t make as many flakes. To a miller like General Mills, who’s only interested in making flour for, say, Cheerios, they don’t care if that groat is broken up. But for a Quaker or a Grain Millers or a LaCrosse Milling, where we’re trying to make flakes, for cereal bars and oatmeal, if you break that groat up, it winds up going to flour and that’s a loss of what we refer to as ‘mill yield’.”

Here’s a list of preferred and acceptable varieties for Grain Millers: 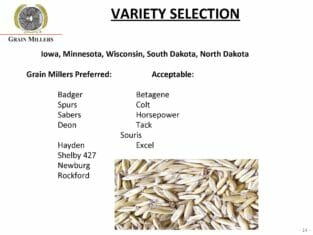 Practical Farmers of Iowa and Iowa State University Extension have been evaluating many of these varieties for their performance on many characteristics important for oat millers (such as the % groat). See 2015 results here and 2010-2014 ISU results here. 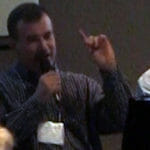 Darren Fehr has been raising organic oats near Mallard for over 18 years and spoke about his experiences during the short course. He says harvest, cleaning, and storage are all crucial elements in producing high yield, high test weight grain. “My situation is I’m growing for Grain Millers. That’s my market, that’s who I’m trying to provide for, so I’m trying to make sure I meet that spec,” he says. “So when I start combining, I’m out there collecting samples, weighing them up, trying to figure out what that test weight is early on  in the harvest period and make sure I have my fan speeds set where I want to.”

Darren recaps here some of his thoughts on direct combining vs. swathing oats and how each harvest method impacts yield and test weight:

He goes on to discuss post-harvest handling to optimize grain quality – eliminating insects and drying down to ideal moisture levels:

Look for my article on producing high oat quality oats in the March issue of Wallaces Farmer.