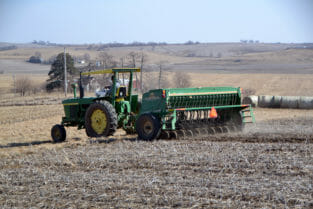 It was March 10th yesterday, but near Audubon the soil was warm and relatively dry and it was a beautiful day with hardly any wind: perfect oat planting weather. When I arrived at the Madsen farm, Vic was just greasing the clutch on his Great Plains drill, ready to take it out to the field.

He was ready to go early this year because he had been gearing up to do a oat frost-seeding trial with David Weisberger of Iowa State University. The two calibrated the drill earlier in the week to aim for 1.2 million seeds/acre, about 3.5 bushels/acre. The original plan was to frost-seed oats around this date, and compare that to a later, more traditional planting date (late March or early April). However, it’s looking more like instead of a frost-seeding trial, it will be a seeding date trial. 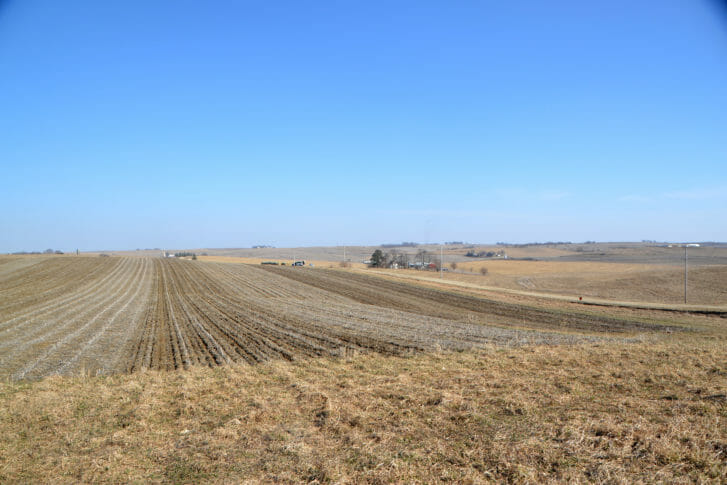 Vic chose Shelby 427 oats this year, in attempt to boost test weight. He has previously planted Horsepower, which yielded well, but the test weight has been too low to meet the 36 lb minimum that Grain Millers requires. In variety trials throughout the Midwest, the two varieties have yielded similarly, but Shelby 427 is consistently a higher test weight oat relative to other oats. For more information, check out our compilation of Midwest small grains variety trials. 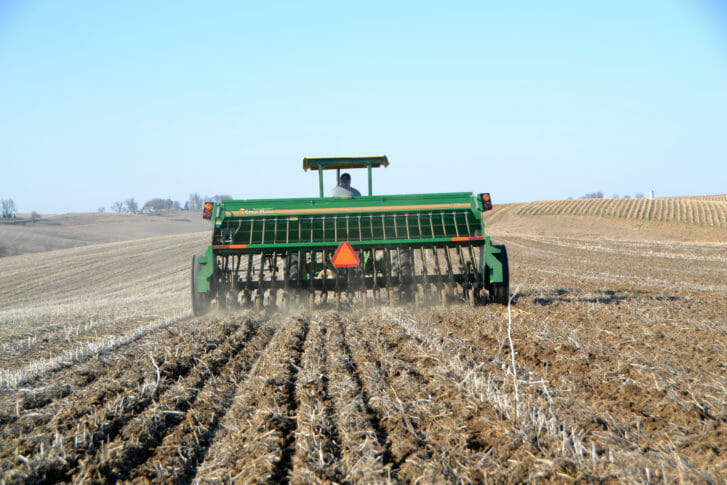 He planted in 7.5 inch rows  with a Great Plains 1300 drill, and aimed at 1 – 1.5 inch seed depth. He said that because this drill is not a no-till drill, depth control is more difficult. But as you can see from the photos, this field is on rolling land, and protecting the soil surface as much as possible is a high priority for Vic. After one pass, he determined it was a little too deep and adjusted accordingly. He estimated that the actual seed depth probably ranged anywhere from 0.5-3 inches. 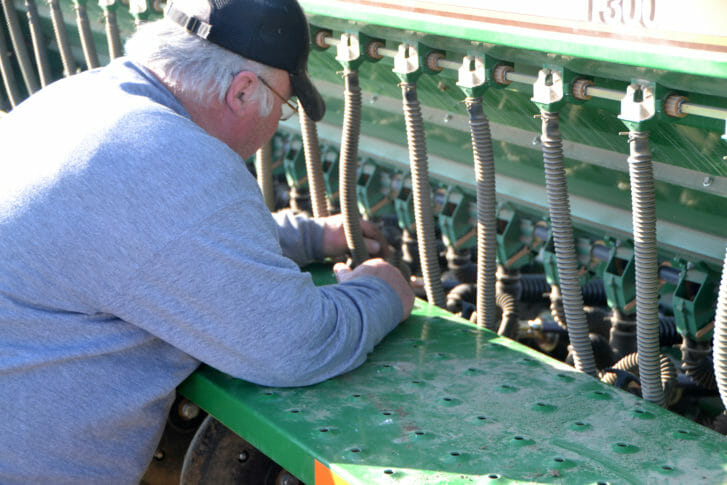 Today at the office, I heard at least one other farm (the Petersens near Knoxville, IA) planted oats yesterday. Who else is planting oats? 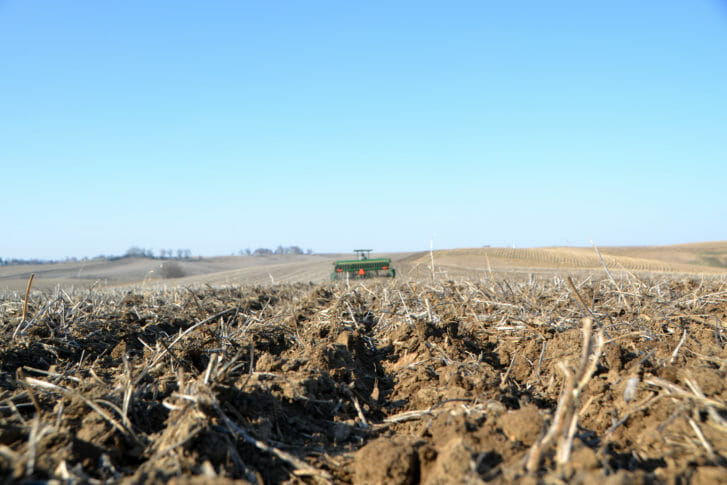