“My folks’ estate plan did what they wanted, because their passing barely created a ripple in the farm’s operation — and didn’t cause problems among the six brothers,” said John Gilbert, the second oldest and the one with the longest tenure on the farm.

A key lesson from that transition that “barely created a ripple”? It takes time to create a plan, and for it to work. Communications are critical so everyone understands the need to treat on-farm heirs fairly. 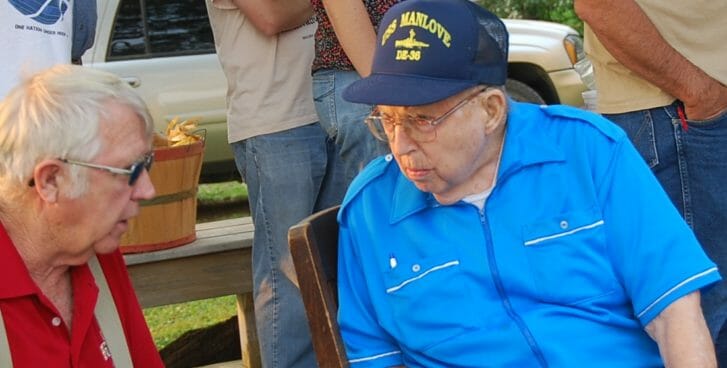 “Off-farm heirs expectations should be in line with the contributions they’ve made,” John says. “These can include assisting with elderly parents’ care, providing services to the farm operation–marketing, legal, accounting–and periodic farm labor and management. Just being a son or daughter shouldn’t automatically entitle you to an equal share.”

John and his wife, Bev, joined the 770-acre diversified crop-livestock farm near Iowa Falls in 1978. In the 1980s, John’s parents, William and Mary, formed a C corporation, with each of their six sons receiving shares to reflect the assets they contributed (primarily dairy cattle from 4-H years that were in the herd). William chose the corporate structure for tax reasons, and because it made it easier to transfer assets. “The shares are moved, essentially by a lawyer changing the ledger,” John says. “If the valuation is within the yearly gifting allowance, there’s no tax liability.”

He added, “I think it’s important to understand my parents’ motivation. Dad was always a stickler for doing things the right way, and liked permanence. My folks didn’t want to think their ‘life’s work’ was going for naught. They wanted the farm and dairy to continue, as well as the family, John says. “My parents visited informally with all of us so we understood their wishes, and we all seemed okay with that. Everyone knew there was always a place on the farm if they wanted it, but most had careers off the farm. Equal is not necessarily fair.”

Then, in the 1990s, William further divided the farming operation between the original C Corporation and another C Corporation. “Primarily my father was trying to figure out how to give my brothers an interest in the farm without being part of the major corporation. Then Bev and I would end up with farming without so many entanglements,” John said.

Today, the farm’s assets are in the two corporations except for 40 acres William and Mary kept because they once thought about building a house there. That portion was left to John’s brother Greg to recognize his contributions to the second corporation after Greg rejoined the farm in the 1990s

Other PFI members report challenges when non-farming siblings become involved in the management of a farming corporation. John reports his brothers were always interested in what was happening, but there never was “an issue of my brothers interfering. They were not the kind that would have wanted to be overly involved, and they weren’t relying on the farm to provide support. It was essentially Dad and me making decisions on the day-to-day operations.”

Through the years, it wasn’t always easy for William and Mary to follow through on the steps they needed to take to transfer their 100-plus year old family farm to the next generation. “They understood intellectually what needed to be done. But once my dad signed the corporation papers, the farm was no longer in his name, and that was hard for him. But we can’t let the emotional part keep us from moving forward. The process took time, both to create and for it to work,” John said

Mary Gilbert died in 2004. William Gilbert died in 2012 at age 96 and was involved in the farming operation until nearly the end. “It helped that we had two corporations, so he could be more involved in managing one of them. Certain decisions we made individually; others we made together. We always made sure he was up to speed on what was going on. He was out at the farm as long as he could, sometimes puttering and helping. He never had serious health issues, and even his arthritis and aches and pains didn’t keep him from being involved.”

Now Bev and John, who are in their 60s, are transferring shares from the farm corporation to their son John C and his wife Sarah, who farm with them. Bev and John have two other children, Kate and James. “Bev and I have talked about how to be fair to our children so they feel like they have some involvement and legacy. We realize how fortunate we are that the folks plan worked, but now realize we need to get a plan in place,” John said

John’s brothers have been transferring some shares to John C and Sarah as well.  “The shares were a way to keep the brothers interested in their heritage,” John reports. “Our folks didn’t want the shares traded for money, but that was not written in stone. My brothers aren’t trying to pull money out of the farm shares. We were fortunate there were enough non-farm assets in their estates that all the sons and grandchildren got a specified but equal cash inheritance. With the brothers’ children, however, that connection to the farm is much more tenuous. I trust we’re in a position where it’s not going to be a real big issue, but we haven’t had that discussion yet.”

“Every farm and family is different.  Parents all have different objectives, which affects how they want assets shared,” John says. “The critical point is for the parents to explain their wishes to all their descendents, and have the important parts in writing with a lawyer. The money spent with professional guidance is the best investment a family can make.  If parents don’t want to spend the money, then the heirs need to assume the costs to make sure things are done right.”