Cattle owners throughout the state are benefiting from lush, green stands of rye this spring. Starting in March, cows were let into crop fields to graze fall-seeded cereal rye – providing high quality feed when they would normally still be eating hay or silage. Farmers have benefited from a warm spring and significant rye growth, allowing their perennial pastures more growing time before they will be grazed. 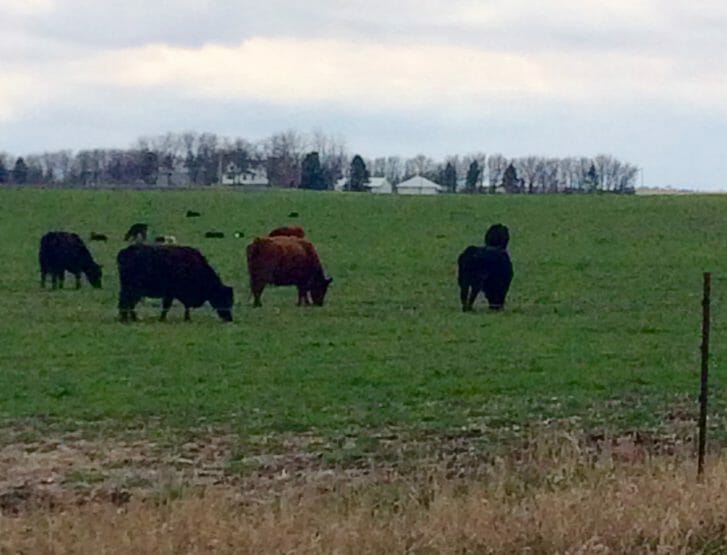 Sac County – Cattle grazing cereal rye that was aerially seeded on August 31, 2015. Cattle first grazed it last October, then were turned out again at the end of March. Photo taken April 6, 2016. 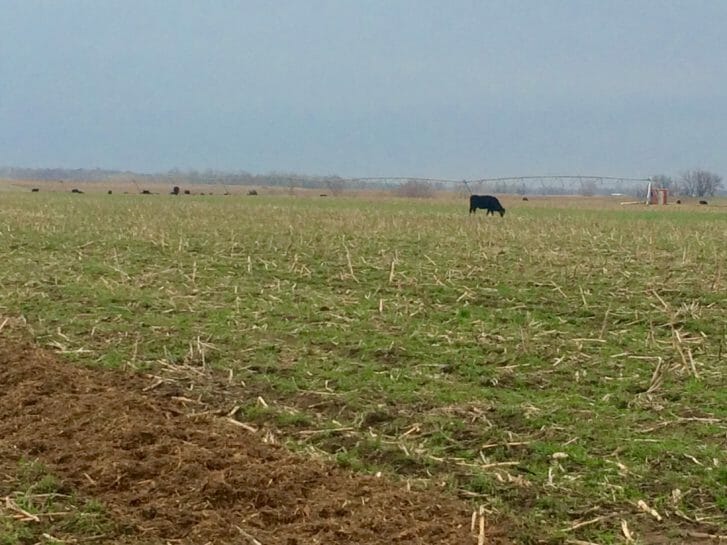 Calhoun County – Cattle grazing cereal rye and brassicas that overwintered. The field was seeded August 15, 2015 with a highboy seeder. Cows grazed this field for two weeks in winter and again this spring. Note the supplemental feed in the bottom lefthand corner – the cows didn’t touch it and kept on grazing. Photo taken March 30, 2016. 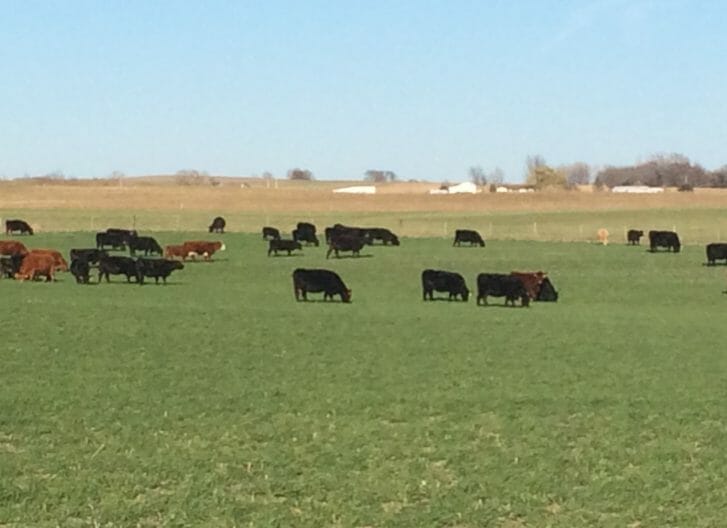 Polk County – Cattle grazing cereal rye in a soybean field. A six seed mix was aerially seeded on September 10, 2015 and grew well last fall. The rye is the only species that came back this spring. The herd grazed this field for 16 days last December and the farmer plans to get 8 days of grazing this spring. Photo taken April 2, 2016.