For the last three years, PFI farmer and avid on-farm researcher Bruce Carney has experimented with interseeding diverse mixes of warm and cool-season forages into his perennial pastures. Bruce’s goal is twofold: to provide abundant, nutritious forage to his grass-fed beef herd year round, and to continually improve the health of his soil. In the summer of 2015, a field interseeded with soybeans, German millet, pearl millet, buckwheat, forage radish, turnips, and kale yielded 4.3 DM/tons/acre in mid-August, which Bruce baled and fed during the winter. The baleage was fed in the same field it was harvested from, to return fertility to the soil. 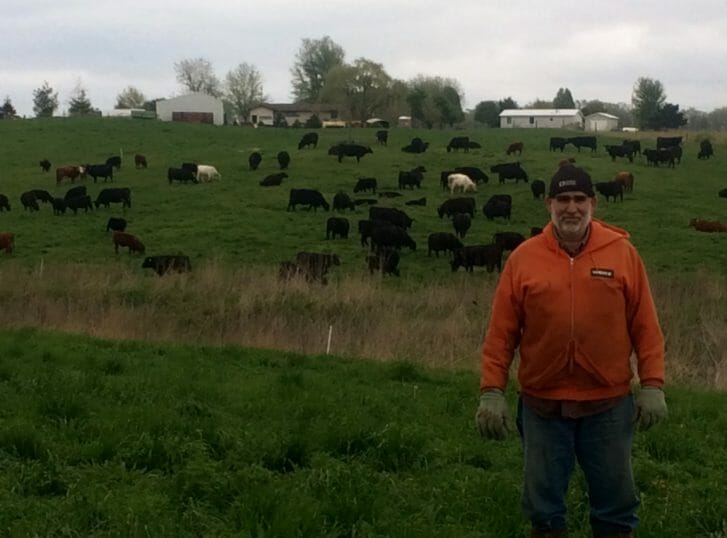 Bruce Carney with his herd of grass-fed cattle. 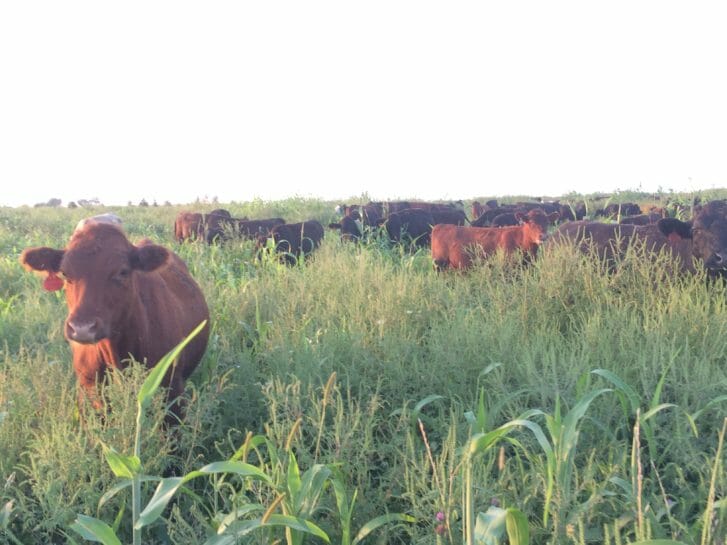 Cattle grazing a perennial pasture that has been interseeded with annual plant species.

Project Objective: To experiment with seeding multi-species forages into existing pastures and monitor performance of livestock, forage and the soil.

In total, Bruce received 528.6 animal unit days (AUD)/acre from the pastures in the study, compared to 264.6 AUD/ac in 2014. Not only did forage quantity increase, but “The forage mixes I had in the pastures were higher quality for finishing grass-fed beef, which raised the total quality of my pasture, resulting in more pounds of beef produced than if I just had perennial pastures,” added Bruce.

For more detailed results and discussion, view or  download the full research report on the PFI website. 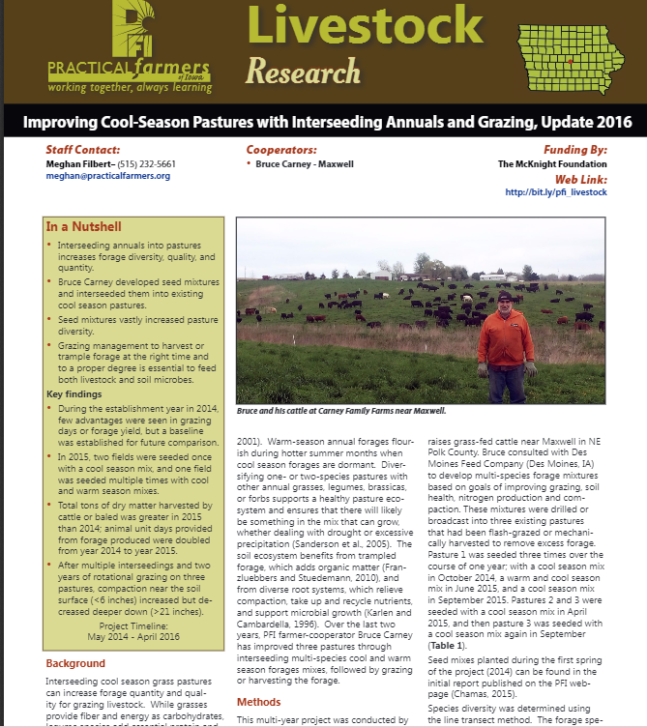