Who cut the cheese? I did!

During the last week of July, 1,200 cheese lovers descended on Des Moines to attend the American Cheese Society’s annual conference. This event is held in a different location each year, and thanks to The Cheese Shop of Des Moines and to Stephanie Clark, ISU Food Science Professor, it was held in Iowa this year, and titled Cheese in the Heartland! “It’s great to have people here in Des Moines to see that Iowa has a cheese industry and that people would come from all over the Americas to Iowa to taste great cheese,” said Stephanie, who was interviewed for the Des Moines Register. 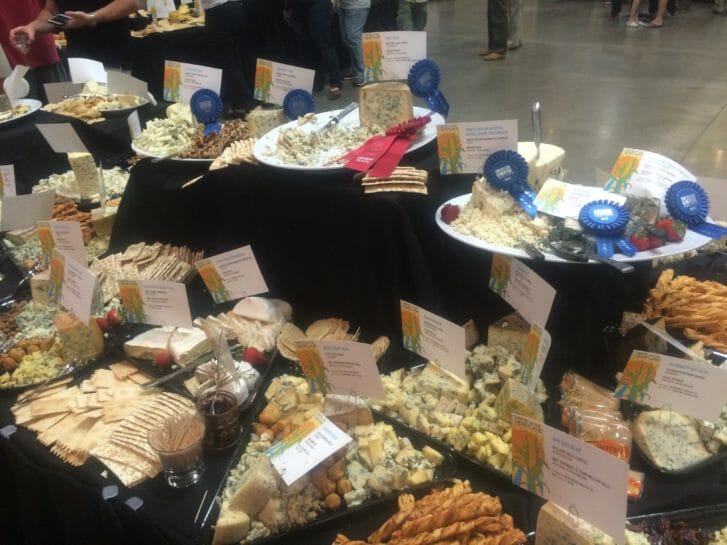 After three days of conference sessions, the culmination of this event was the Festival of Cheese, where over 1,500 types of cheese were available to sample. Each cheese was entered into a competition and judged, and the winners of each cheese category were designated with ribbons. The Festival of Cheese  highlights our nation’s booming artisanal cheese scene, and was open to attendees of the conference and the general public. Those who attended were treated to a room full of the best cheeses being made in the Americas (cheese from Canada and South America were also featured).

Several Iowa cheesemakers won awards, including PFI member Lois Reichert who owns and operates Reichert’s Dairy Air in Knoxville. Visit this link for a complete list of award winners. Look for these cheeses at your local co-op or Hy-Vee. Congratulations to the winners and a big thank you to cheesemakers and farmers for all your hard and delicious work!

Myself, with PFI staffers Nick Ohde and Liz Kolbe volunteered at the cheese fest. We helped set up cheese displays and of course, cut a bunch of cheese! Our reward was a ticket to the fest and all the cheese we could ever dream of to take home. 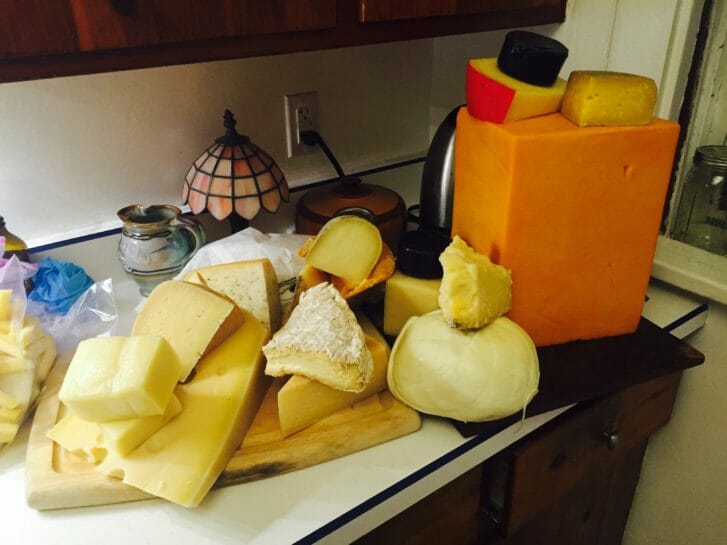 Cheeses in Liz Kolbe’s kitchen, which she scored during her volunteer clean up shift!

Keep up to date with the Iowa cheese industry through the newly formed Iowa Cheese Guild and visit the American Cheese Society website to learn about next year’s conference in Denver.