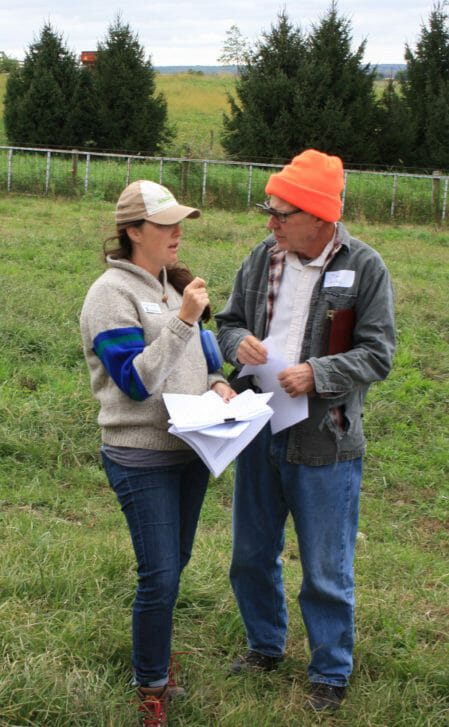 Tim Kelley and his sister together own about 800 acres of farmland near Elmo, Missouri, in the northwest part of the state. Of that, 450 acres are in row crops; the rest is either timber, restored prairie, buffers and cool-season grass pasture.

Since 2015, Tim has been working closely with his tenant, Nick Ohnmacht, to manage the row cropped acres with cash crops, cover crops and contract grazing with cattle – “and it could be all those simultaneously,” Tim says. “Anything that’s in cover crops is also grazeable. The idea is to keep a live crop in the ground 365 days a year.”

Before Tim started working with Nick to manage and improve his row crop land, Tim raised grass-fed cattle and sheep at another farm he owned. He used high-density grazing to improve the organic matter on that land to 7 percent.

“That’s not a big deal for Iowa,” Tim says. “But it’s pre-settlement levels for northwest Missouri or southwest Iowa – 6 to 8 percent is what they think the prairie had.” Nick rented pasture on that farm, but Tim explains that, since his pasture land and row crop farms were not contiguous, he didn’t think he could carefully manage both. So he sold that farm to focus on improving the row crop land.

Tim recently attended Bruce Carney’s Sept. 28 field day on “Using Ultrasound as a Tool in Grass-Finishing Cattle,” and says hearing Bruce openly share the things he did wrong was extremely helpful. He made the 180-mile drive, in part, because he “appreciates how Bruce and PFI members invite us to their homes and tell us their mistakes as well as their successes – it helps us all.”