Goats are becoming increasingly popular for managing unwanted vegetation because they provide a ‘green’ alternative to pesticides while benefitting the animals and land. This project evaluated the use of goats to control invasive species, such as honeysuckle and multiflora rose, and invigorate native savanna growth. A research plot was established for comparing the effectiveness of goats – goats browsed certain areas and were not allowed to browse in others.

Penny Perkins, an ecologist specializing in land rehabilitation, conducted this project in 52 acres of timber near Ogden, IA. “Goats can be a viable, practical, and affordable tool to maintain timber stands; a tool that landowners should take advantage of,” stated Penny. 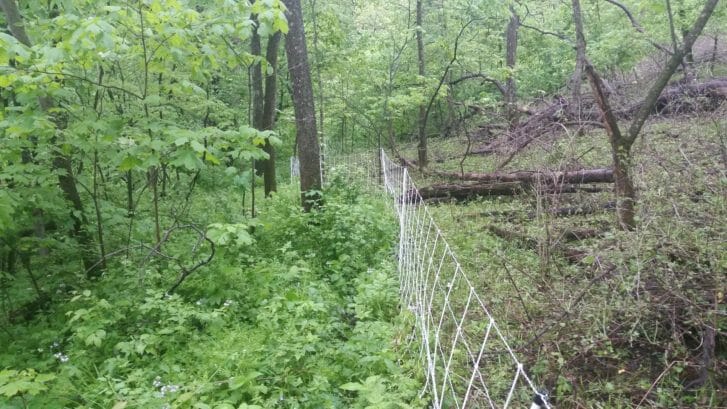 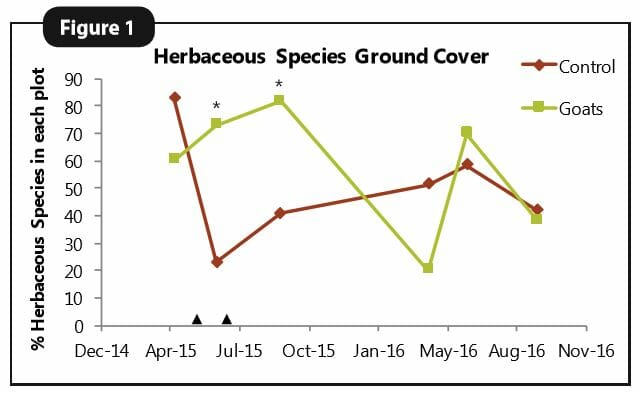 Herbaceous species ground cover over two growing seasons, from April 2015 to September 2016. By the end of 2016, there was no significant difference between treatments. Black triangles designate the start of the two, two-week goat browsing periods in 2015. (*) indicates sample dates when the two treatments were significantly different at the P < 0.10 level.

Number of desirable woody species from April 2015 to September 2016 in each treatment. There was no significant difference between treatments. 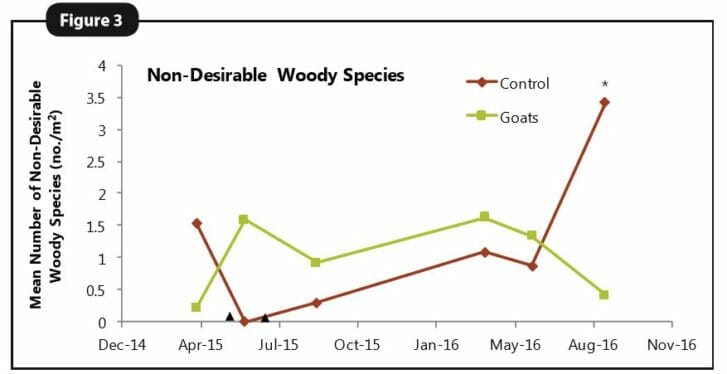 Penny’s final conclusion – “To successfully use goats to control invasive woody species, you need to flash graze at a high enough stock density to completely defoliate an area. We still need to determine how many years of browsing it takes to completely eradicate certain species.”
For more details on this trial, read the full report: Using Goats to Control Invasive Species.  Support for this trial was provided by North Central Sustainable Agriculture Research & Education (SARE), the Iowa Native Plant Society and the McKnight Foundation. For more information about this study and other studies as part of PFI’s Cooperators’ Program, contact Meghan Filbert at meghan@practicalfarmers.org.