This is a guest editorial from Steve Bruere, President of Peoples Company, a PFI member based in West Des Moines.

Farming is in my blood. I grew up on a farm in Warren County, Iowa, where my parents farm together with my older brother. My brother will be expected to carry on the farming legacy as the on-farm heir, while I will be an off -farm heir – maybe! So, what does that mean for me when the difficult time comes, when both of my parents are gone and the assets are passed on?

As my dad says to us boys, without a well-thought succession plan, “your inheritance will go to the dog.” I’m not convinced he is joking given the close relationship he has with his Great Dane. 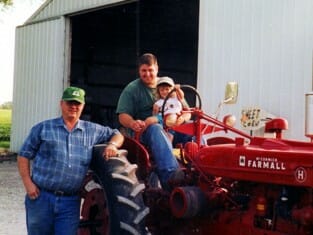 When I got into the real estate business in 2003, many of my first real estate transactions were with farm families I grew up with. I started to observe early on how close-knit and very successful families were destroyed after there was a death and the kids fought over who gets the farm and what Mom and Dad’s intentions were. Oftentimes, these started out as very casual disagreements, but as the value of farmland began to appreciate, so did the tension of settling these matters. Many times, it wasn’t the heirs themselves, but the spouse of the heir, who would begin to stir the pot that led to conflict.

With approximately 30 million crop acres in Iowa, farmland represents over $234 billion of asset value in Iowa alone. According to the latest land tenure study at Iowa State University, 55 percent of Iowa farmland is owned by someone age 65 or older. Using conservative estimates, nearly 50 percent of Iowa farmland could transfer in some form or fashion over the next 20 years. These statistics are similar throughout most of the major agricultural areas in the United States. The future of farmland ownership and agriculture as a whole will look dramatically different than it does today as this wealth transfer occurs. Keeping land in families and local communities is the ideal result, and the only way for this to happen is proper planning.

There is a great irony here: The lack of planning is often what results in a real estate transaction for Peoples Company. I’ve been on the other side of the equation when lack of planning leads to a brokerage, management or appraisal transaction for our business. Oftentimes attorneys, judges and receivers are brought in to settle family matters to determine what will happen with the assets after death. Specifically, I’ve seen on-farm heirs bidding against competing farmers to buy back the family farm at an auction. 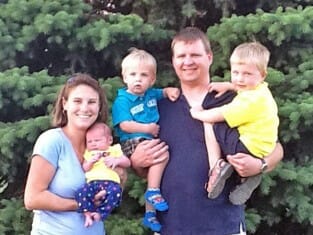 Steve and Nikki Bruere with three of their four children.

Don’t be that family.

Siblings may or may not start out on the same page and the timing is never perfect to start this discussion.

Inevitably, without planning and communication, somebody will end up mad. Moms and dads would roll over in their graves if they saw some of the situations I’ve witnessed. More often than not, these situations could be avoided if the parents had the strength and vision to put together a plan and set expectations for their children.

Succession planning. It’s not a fun topic for anyone to discuss, but the time to start planning is now. If you’re somebody thinking, “It can’t happen to me,” we’re talking to you. Get to work. Your family is counting on it.