On March 30, a group of farmers got together to learn about grazing cover crops and the value cattle bring to crop fields. Bruce Carney, a cattle grazier who produces grass-fed beef, and Rick Kimberley, a row-crop farmer, are neighbors who live outside Maxwell, IA. They’ve worked out an agreement for Bruce to graze cover crops on Rick’s fields, and both farmers are reaping the benefits. 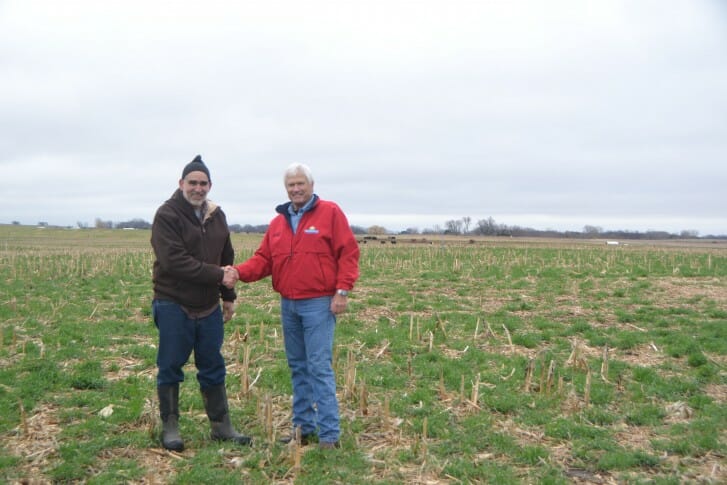 Bruce Carney (left), a cattle grazier, and Rick Kimberley, a row-crop farmer, are neighbors and have worked out an agreement to graze cover crops on crop fields.

Bruce and Rick are collecting data for an on-farm research project demonstrating the economic and soil health benefits of grazing cover crops. Practical Farmers is working with The Pasture Project to measure below-ground benefits of cover crops and animal impact. Attendees gathered in a field that had been aerial seeded with a six-species mix in September 2016. The mix included cereal rye, spring forage barley, hairy vetch, mustard, turnip and red clover. Six species were seeded in hopes to maximize soil health benefits.

At the time of the field day in late March, the rye had come back, but the cattle were not grazing yet because Bruce didn’t think it was tall enough. He turned his cattle out on April 12, when the rye was 10 inches tall. “The rye is now growing faster than the cattle are eating it. Right now only my grass-finishers are out grazing it, but I’m going to put my cows and calves on it too, since there’s so much re-growth,” explained Bruce. 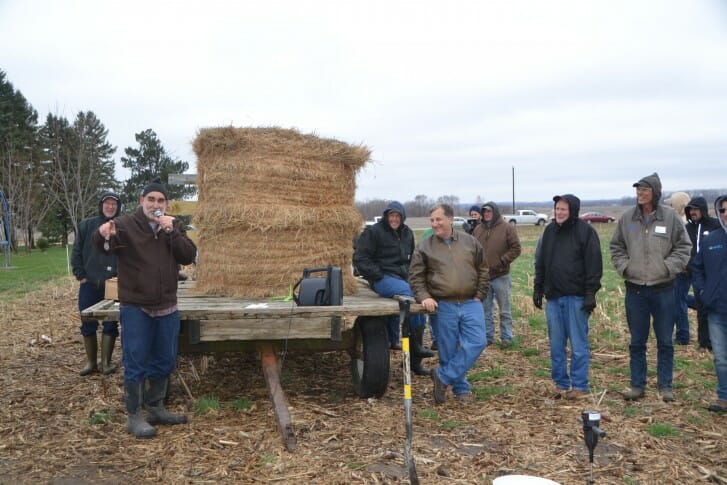 Field day attendees listen to Bruce Carney explain how he grazes his neighbor’s cover crops. Bruce offers dry hay to his cattle when they’re out grazing lush cereal rye to ensure they get enough roughage.

Under the agreement that Bruce and Rick worked out, no money is exchanged. Rick paid upfront for the cover crop seed and application, and was reimbursed by project funds. When farmers have to pay for cover crops out of their pocket, the livestock owner and row-crop farmers should agree who is responsible for what. Some of the questions that need to be addressed can be found in this PFI publication: 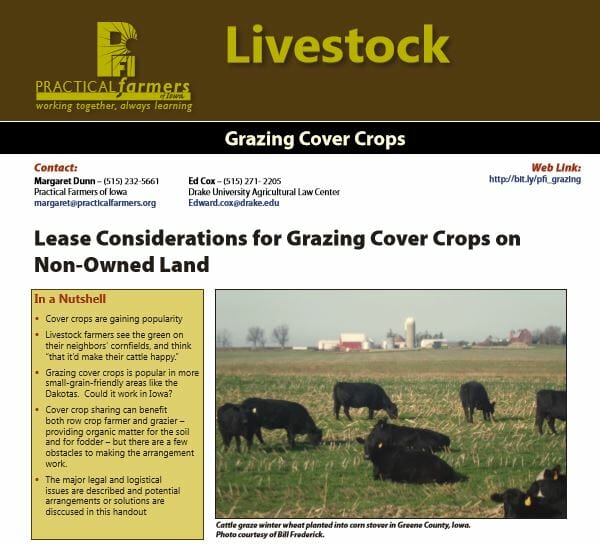 Bruce explained that he has been using a refractometer to measure the sugar content of the cover crops, a penetrometer to measure soil compaction, and a ring infiltrometer to measure water infiltration rates. The results of this on-farm research project will help to quantify the impact livestock have in cover crop systems. Bruce discussed the benefits he thinks animals add to row crops fields, including; recycling nutrients and depositing them back in a more readily available form, adding microbes to the soil, breaking up capping and helping with water infiltration, and ultimately  increasing organic matter. 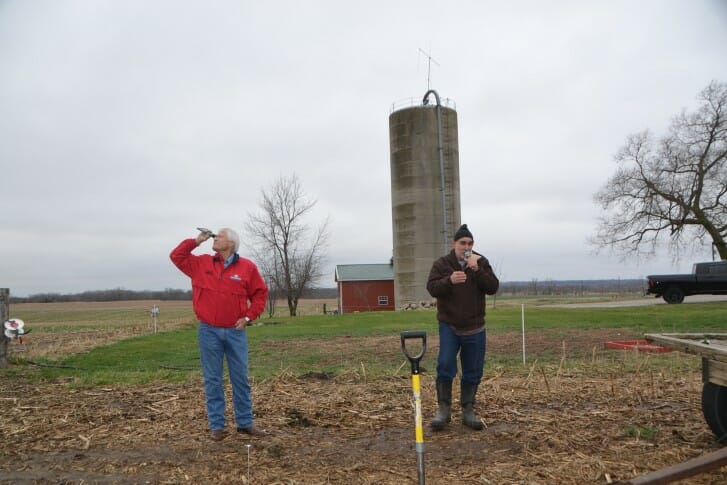 Attendees had a chance to use a penetrometer to measure compaction in different parts of the field. Where the cover crop was growing, compaction was not much of an issue. Near the cattle waterer, where no rye was growing, there was much more compaction. This stresses the importance of rotating cattle frequently and making watering stations mobile when possible. 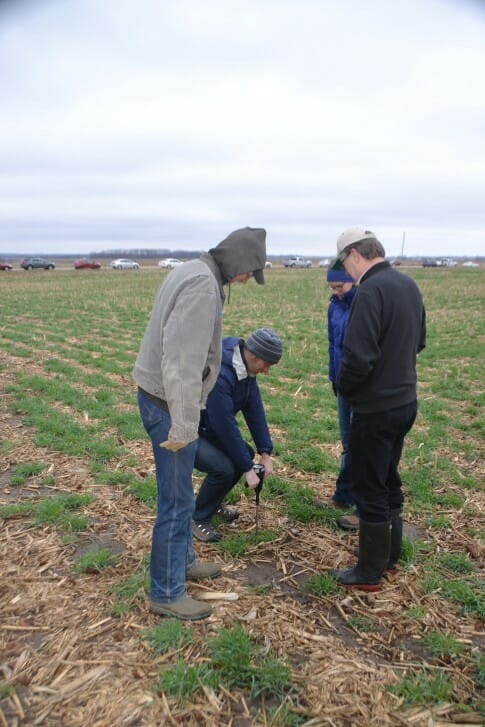 The field we were standing in will be planted to soybeans this spring, so Bruce has a longer window of opportunity to graze than if the field were planted to corn. Bruce hopes to get at least two solid weeks of grazing out of this 61 acre field, saving him money in feed and helping his perennial pastures get a good start before turning cattle into them. Rick plans to plant soybeans in May, and will terminate the rye with glyphosate at the time of planting.

Stay tuned to learn about the results of this on-farm research trial and the value of integrating livestock into cover crop systems. PFI would like to thank NRCS for funding this research project and field day. 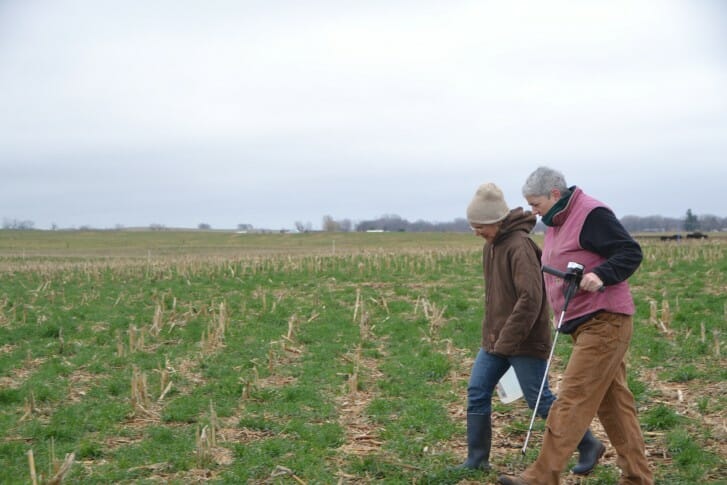