50 farmers and others met up at the Holland City Park on the evening of June 8th to learn more about how Fred Abels has made two farming practices, strip tillage and cover crops, work for him. After enjoying a supper of cheese hamburgers, baked beans, fruit and cookies prepared by PT Grillers the crowd heard from the Iowa Learning Farms crew. A graphic representation of a typical farming scenario from the Iowa Nutrient Reduction Strategy was shown. The NRS was created to provide farmers with a better understanding of practices needed to achieve the voluntary goals of reducing nutrient pollution by 45%. To achieve those goals one scenario suggests 12.5 million acres of cover crops are needed. Currently Iowa farmers are planting nearly 650,000 or around 5%. For other practices that farmers have heard about for decades like no-till/strip till, adoption is greater and closer to 40% adoption. 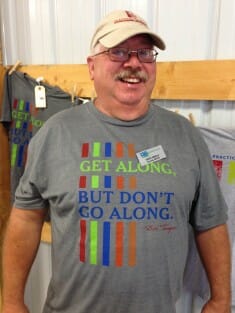 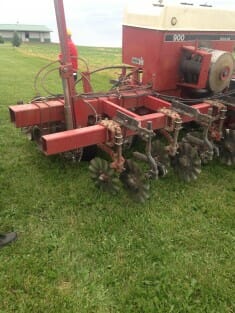 are two practices he uses to minimize erosion, boost soil health and improve water quality. Fred shared his story about changing to a strip tillage setup from nearly 10 years ago and then talked about his start with cover crops in 2012.Fred built his own strip tillage equipment and also changed up his planter to be able to apply nitrogen at planting. Fred emphasized the importance of adding nitrogen at planting when cover crops are a part of your program. “You don’t need to buy a new or used strip-tillage implement to get into strip-till,” he said. “I’ve been using a homemade strip-tillage implement for over 10 years and got it where it does a nice job of preparing a clean, black strip of soil to plant into – and I planted into 200 bushel-an-acre corn residue with a winter rye cover crop.” 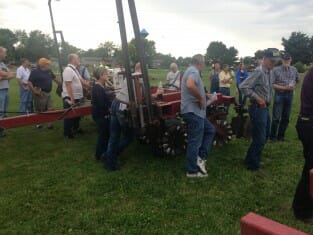 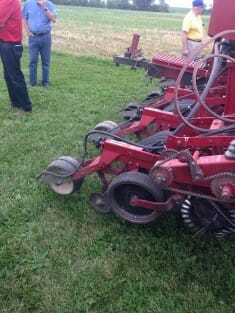 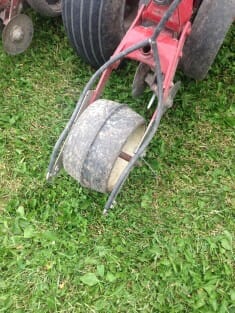 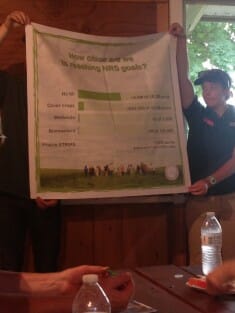 After hearing from Fred, Shannon Moeller with the Iowa Seed Associations Cover Crop Program talked about farmers she has signed up to use cover crops with seed corn production. Seed corn inbred production can leave the soil more uncovered than even soybean ground which leaves it vulnerable to wind and water erosion. Shannon has had good success signing up farmers to add cover crops to all seed corn acres. Following Shannon, Mark Hanna, agricultural engineer with ISU Extension, talked about the nuts and bolts of using strip tillage and making planter adjustments for improved soil to seed contact. Mark has a good video describing how to best adapt your planter for no-till situations.

Improved soil to seed contact in the black strip can be a benefit for farmers making the switch to a reduced tillage system. Lastly I lead farmers through PFI’s new Cover Crop Decision Tree to best decide what species will work best for your desired planting date. We discussed how herbicides could injure cover crops and how armyworms can best be managed to reduce negative effect on corn yield. Fred and a handful of farmers from the crowd said they had only needed to spray for armyworms once in the past 5 years. They regularly scouted for them and then applied an insecticide only if needed. PFI member Jack Boyer reminded the crowd that an in-furrow insecticide will not target armyworms. He scouts and then uses an insecticide when needed.

Fred Abels and his wife, Vicki, farm about 400 acres at K & A Acres Inc. Fred acquired the farm from his uncle in the late-1970s after working for other farmers for a few years. In addition to corn and soybeans, he has a cow-calf herd that he rotationally grazes. He uses several conservation practices to protect his soil, local waterways and wildlife, including no-till, strip-till, cover crops, the Conservation Reserve Program and grass waterways, among others.