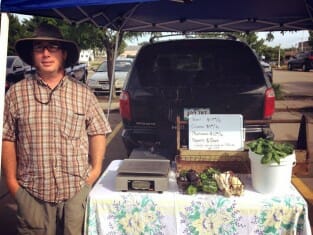 This week on the show, we have Tyson Allchin of Allchin Acres near Columbus Junction. Tyson has spent much of the last 10 years of his life learning everything he can about mushroom cultivation. He’s grown a variety of different species of mushrooms, from oysters – which he says are the easiest to cultivate – to shiitake, to lion’s mane and many others. He says that mushrooms are relatively easy to grow if you learn a few basic things, and we discuss all of it – from preparing a substrate, to inoculation, to harvest, to eating – on this week’s show.

On August 8th, Tyson will be hosting a field day at his farm. In addition to touring his mushroom production building, he’ll show people where he grows microgreens and tour some of the land he rents to Chin refugees, who moved to Columbus Junction from their native country of Myanmar (also known as Burma).