The sixth field day in our 2018 Cover Crop Caravan series, was hosted by Zak Kennedy on April 5 in Atlantic. Cover crops were greening up in southwest Iowa and 25 people came out to hear Zak Kennedy talk about how he integrates cover crops into his cattle feeding operation. Zak, his wife Emily and brother Mitch, operate Kennedy Cattle Co., in Cass county. They background cattle from all over the U.S. and have found that using cover crops as a feed source provides profits, among other benefits. As a cattle farmer first, and crop farmer second, the focus of this field day was on the livestock. 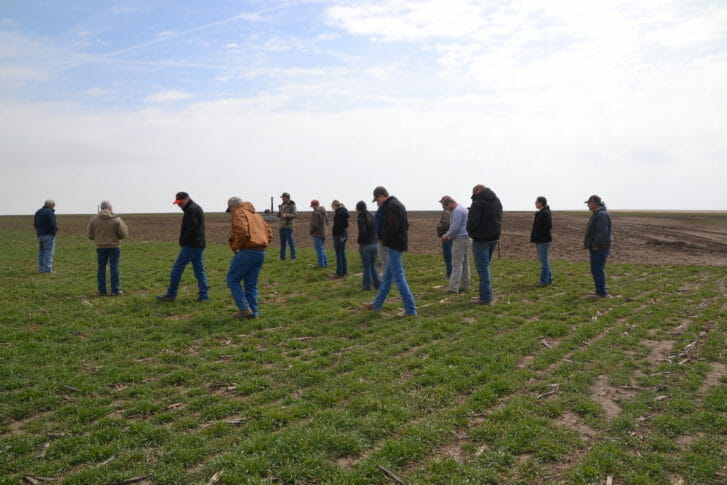 Crop crops and livestock pencil out

Zak first tried planting cover crops in 2012. Since then, he’s grazed them, chopped them and baled them. Over the years, he has grazed heifers, steers and cow-calf pairs on covers throughout the fall, winter and again in the spring. At times,  he didn’t have to feed them anything other than the cover crops. This translates to money saved. Zak provided the group with numbers from grazing this last year. 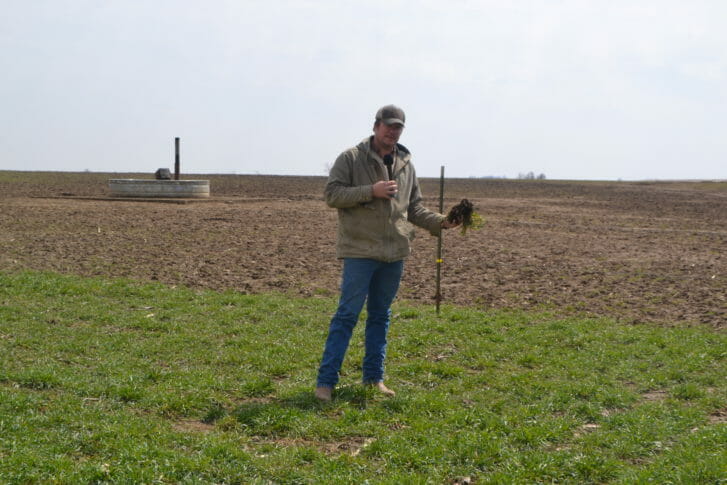 “I like seeing these roots and this soil aggregation,” said Zak, holding a clod of soil growing cereal rye.

Not only does grazing cover crops keep money in Zak’s pocket, but he’s been happy with how his animals preform and look when they’re given the opportunity to graze. “I see a lot less health issues when animals are out on fields versus in an a half acre lot,” said Zak, who said that grazing covers helps to clean and shine steers up. “You’re selling a look and a buyer will give you more for healthy appearing animals.” Zak said cover crops make his steers look like wheat steers and he’s received top dollar at the sale barn for them.

Decent average daily gains are achievable too. A group of 125 head of backgrounders gained close to 2 pounds per day. “Another nice thing is cattle will spread manure for you too,” added Zak.

To make dry rye hay, “You need a heck of a long window without rain,” said Zak, who successfully baled rye in 2017. Rye was baled 10 days after chopping. Zak uses bales of rye as a feed stretcher or as bedding. 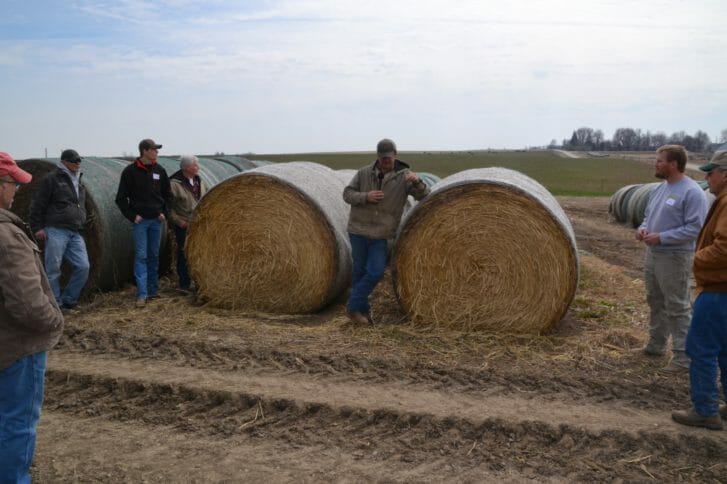 Zak leans on a bale of cereal rye hay that was baled in May 2017.

As for ryelage, Zak shoots for harvesting in late May, and has produced 10 tons per acre. He grinds the bales and feeds them out soon after. Last year, he wasn’t confident with the pack they got on the wet rye, so it was fed during the summer when they had lots of backgrounders to feed. Zak said he wishes they would have inoculated it and tried wrapping because he knows there are quite a few bale wrappers around the area to use.

Zak explained some changes he plans to implement this coming growing season.

Zak’s parting message for the day was, “If a farmer can incorporate livestock into cover crops, it’s hard to deny that it works.” 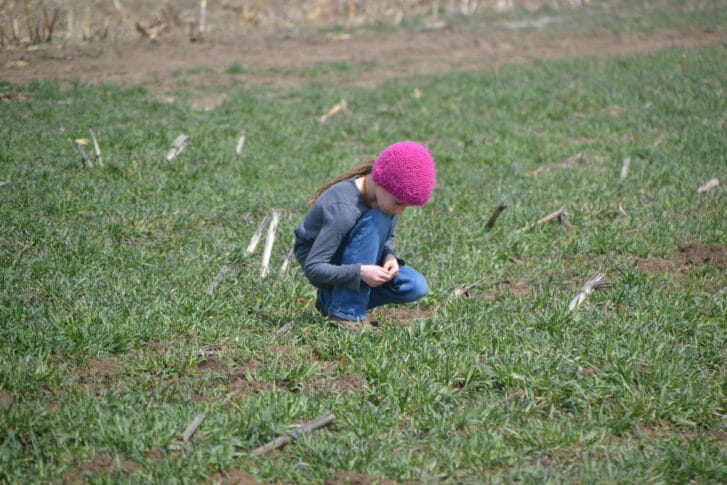 Cassidy Kennedy, daughter of Zak and Emily, inspects a field of cereal rye during the field day. 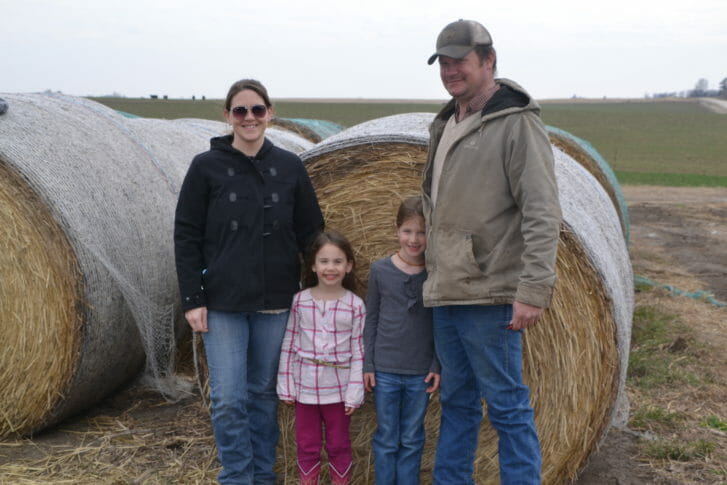 Thank you to the Kennedy family for opening up your farm and to the Cass County NRCS team for conducting soil health demonstrations.  Thanks to the Iowa Department of Agriculture and Land Stewardship for funding this event.