The farm began in 1989 when Western Illinois University was looking to do research on pesticide-free farming practices. Today, the farm is 77 rented acres and has been certified organic since 2009. Recently, the area has only seen about four inches of rain in the last four months, which has played a major role in the success and failure of many of the research projects. 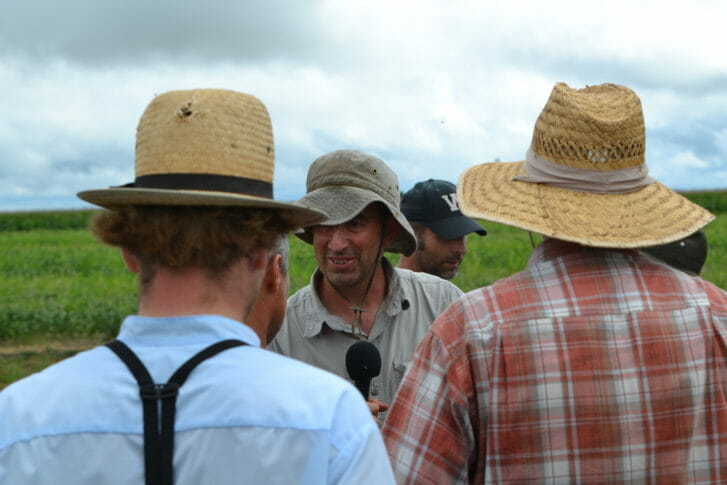 For the most part, the crop rotation at the Allison farm is corn-soybeans-small grains but they also grow squash, pumpkins and sunflowers. Their main small grains crop is oats which they’ve recently been drilling, harvesting and selling mixed with field peas. The mixed oats and peas were drilled on April 13 and harvested on July 12.

The oat-pea mix field was double-cropped with soybeans after harvest on July 12. The beans were small on the day we visited, but their size is likely due dry conditions this growing season. The farm received only 25 percent of their normal rainfall, cutting oat yields in half and leading to a terrible year for the organic no-till soybeans with roller-crimped rye and triticale cover crops. 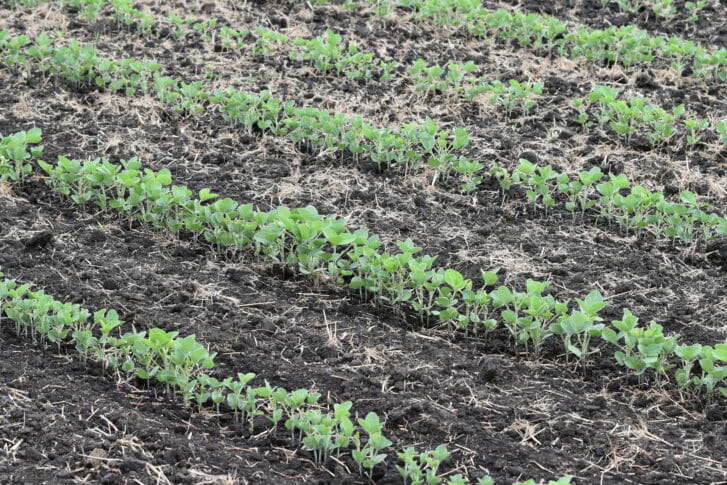 These beans were planted on July 12 after harvesting an oat-pea mix.

All of the cornfields have a 10-foot, multi-species border seeded to harbor pollinators and predators of corn pests. The mix, which includes buckwheat, sesame, cowpeas, sulfur cosmos, plains coreopsis, dill, safflower, okra, chia and perilla, was seeded on July 1 after rotovating ten feet of corn. 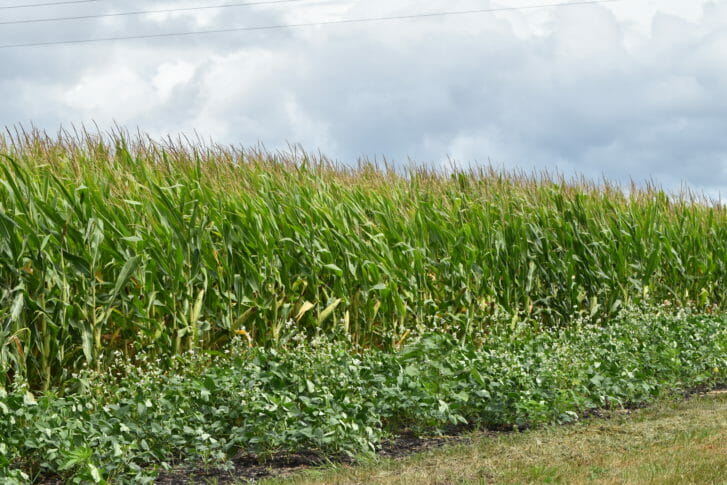 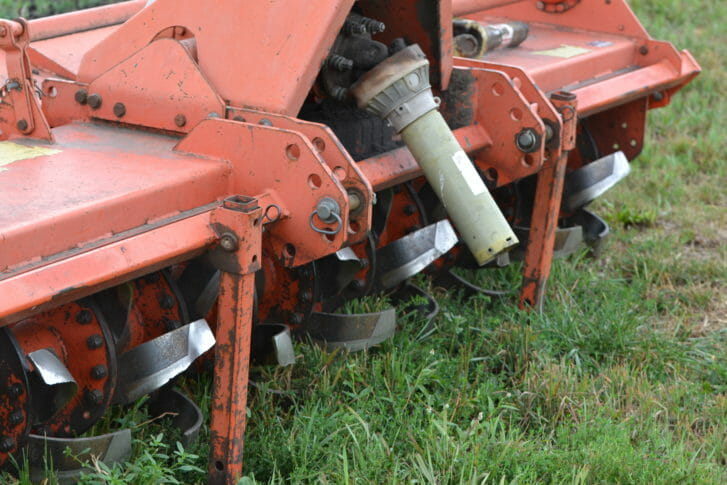 This rotovating removed the corn in order to better accommodate the shanks and shovels of the cultivator which have trouble being effective on field edges where the cultivator isn’t moving fast. It’s often difficult to control weeds on field borders so those rows could be a potential location for a pollinator mix. 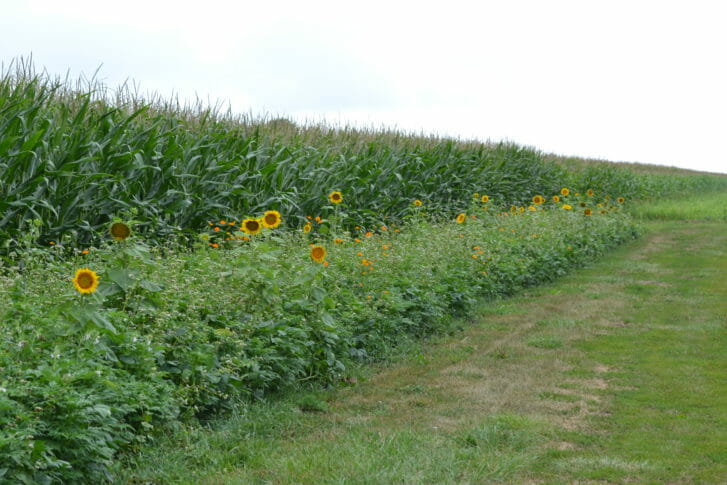 This multi-species corn border has a slightly different mix that includes sunflowers.

Another experiment compared residue management in soybeans: one half received aggressive residue management and the other standard. These two fields were interseeded with buckwheat on June 5 just a few days after planting soybeans. Farmers have reported benefits from interseeding cover crops like buckwheat to help with in-row weed control. The buckwheat doesn’t compromise the growth of soybeans and although volunteer buckwheat is sure to occur, Joel isn’t concerned that it will affect next year’s crop. 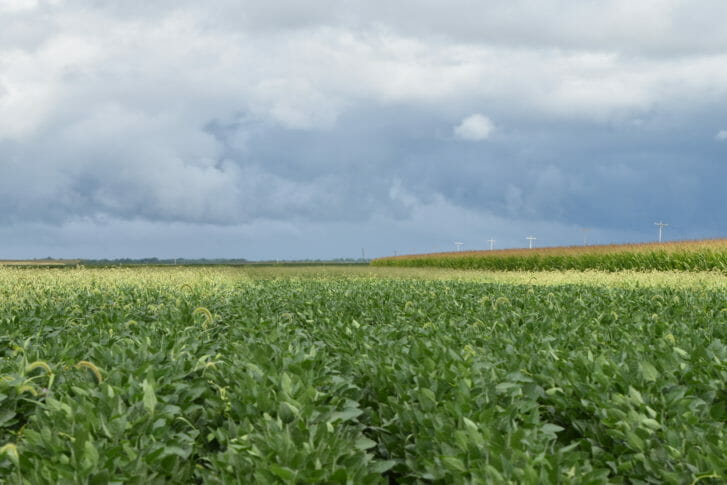 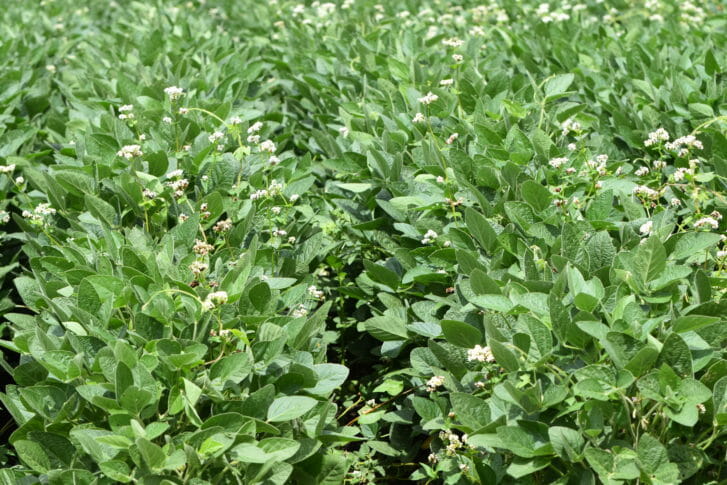 Buckwheat is interseeded into soybeans a few days after planting. The idea is to outcompete fast growing in-row weeds without compromising bean yields. Buckwheat can do both, and also provides a nectar source for pollinators.

Another field had popcorn on both 30- and 60-inch rows interseeded with cowpeas. The cowpeas can potentially help build soil N, that would be usable by succeeding crops. They also provide forage that could be grazed after corn harvest. 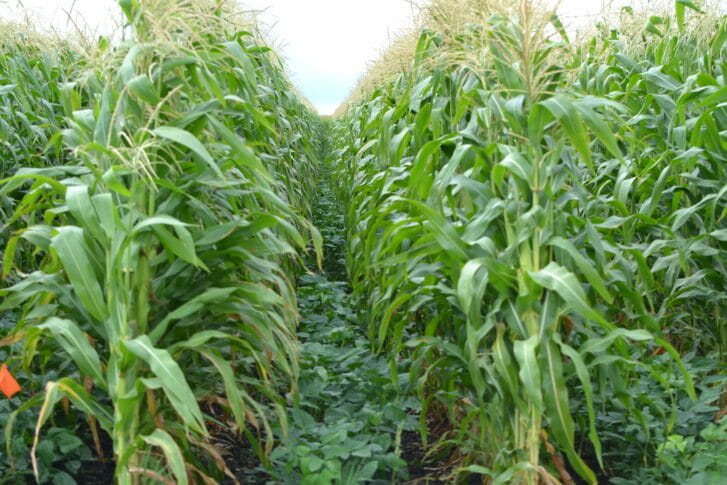 The cowpeas help control weeds in the row and build nitrogen in the soil. Once the corn is harvested this field would be excellent to graze. These rows are 30 inches apart. 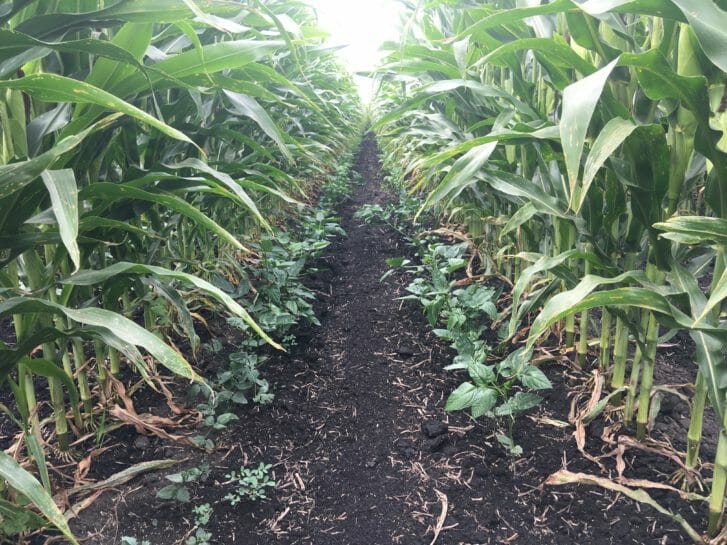 Next on the tour were no-till soybeans seeded into standing triticale vs. rye cover crops in both 15- and 30-inch soybean rows. The cover crops were rolled  four days after planting. The soybeans suffered from the dry year and Joel even thinks the cover crop residue absorbed a lot of the moisture. One drawback to planting into tall, heavy, living cover crops is accurate seeding. Joel says GPS guidance is necessary in these fields. 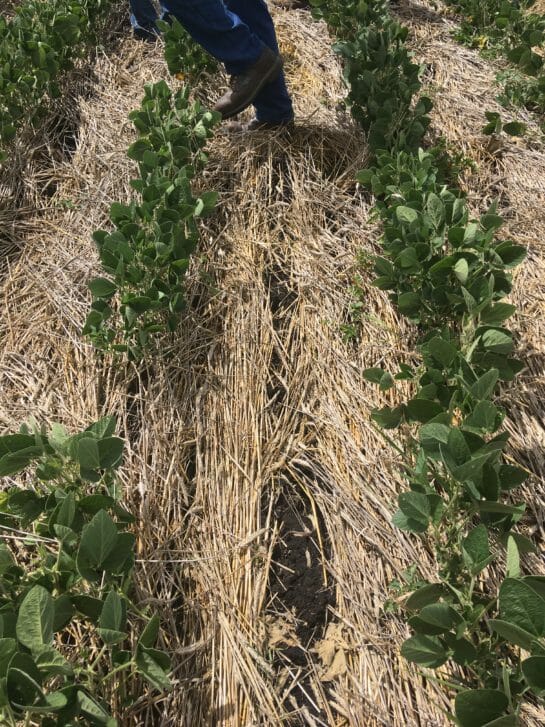 The rye in these fields matured three weeks earlier than the triticale so it was able to be rolled much earlier. The beans were more vigorous in the rye and in the 30 inch rows. Joel noted that 30 inch rows allowed for good cultivation with the high residue. 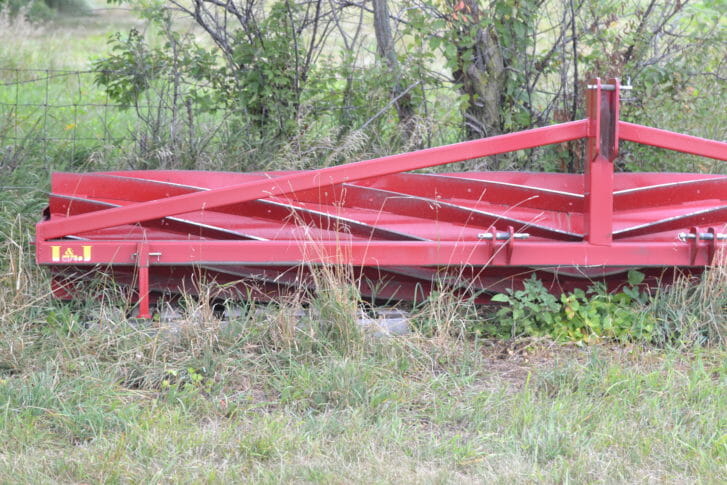 The I&J roller is used by the Rodale Institute and at Allison Organic Research farm. Joel rolls rye and triticale shortly after bean planting to control weeds. 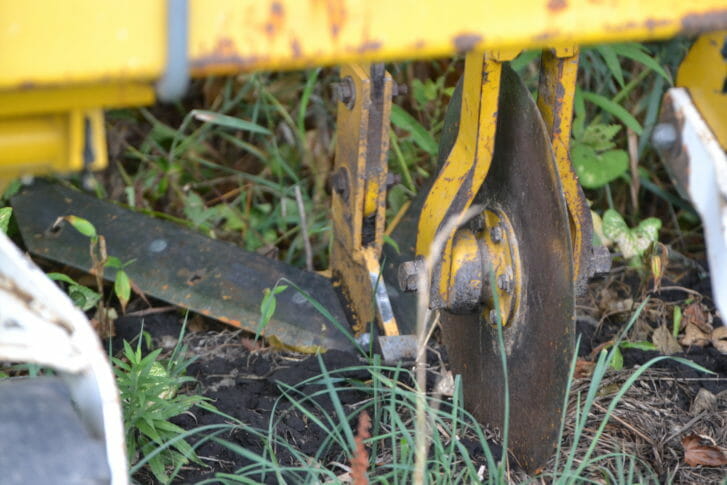 An organic farm wouldn’t amount to much without good cultivation. Joel uses several different tools throughout the season. 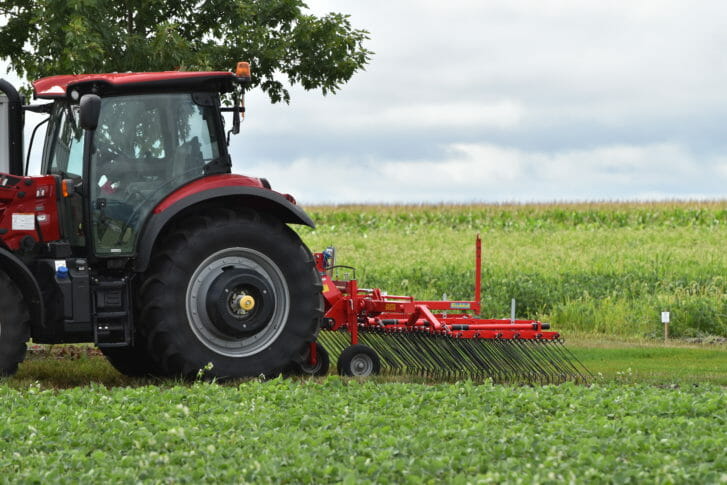 The tine weeder is an early cultivation tool and has become very popular in organic row crop systems.