November is the time of year to stretch grazing days out as far into winter as possible before having to feed hay. Ideally, livestock are able to graze a cover crop in November and December, sometimes into late-winter and again in April or May once cereal rye starts growing. In addition to cool-season annuals, stockpiled forages provide a critical link in the forage chain and save livestock farmers from feeding as much hay as they would otherwise. “Cold weather helps with stockpile quality, because it puts everything in the deep freezer, effectively preserving it,” says Torray Wilson, a dairy grazier from Paullina.

Mid-November is the time when spring and summer grazing planning pay off. Pastures that were last grazed in August have been accumulating forage to graze deep into the winter. “Our stockpiled forage is almost always much higher quality than the best hay we can find,” says Dave Schmidt, a grass-fed beef producer near Exira who sends in his forage to be analyzed. 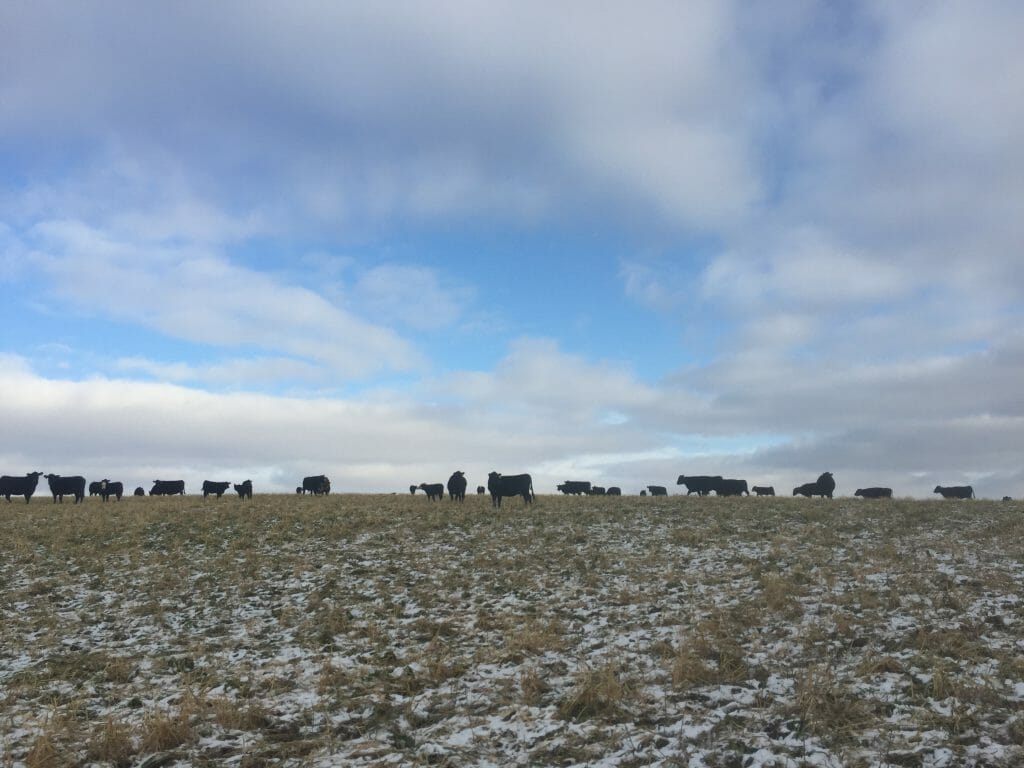 Winter is also when fescue becomes your friend. “The nutritionist says there are five reasons to have fescue: November, December, January, February and March,” says Tim Maibach, a dairy farmer near Bloomfield who grazes into February without feeding hay. The toxic endophytes in fescue cause major issues in the summer but drop in concentration when temperatures dip below freezing, making stockpiled fescue safer while also maintaining high digestibility and palatability. For more reading on stockpiled fescue, check out Greg Judy’s 4-part series titled Winter Stockpiled Fescue Trumps Hay Every Time. 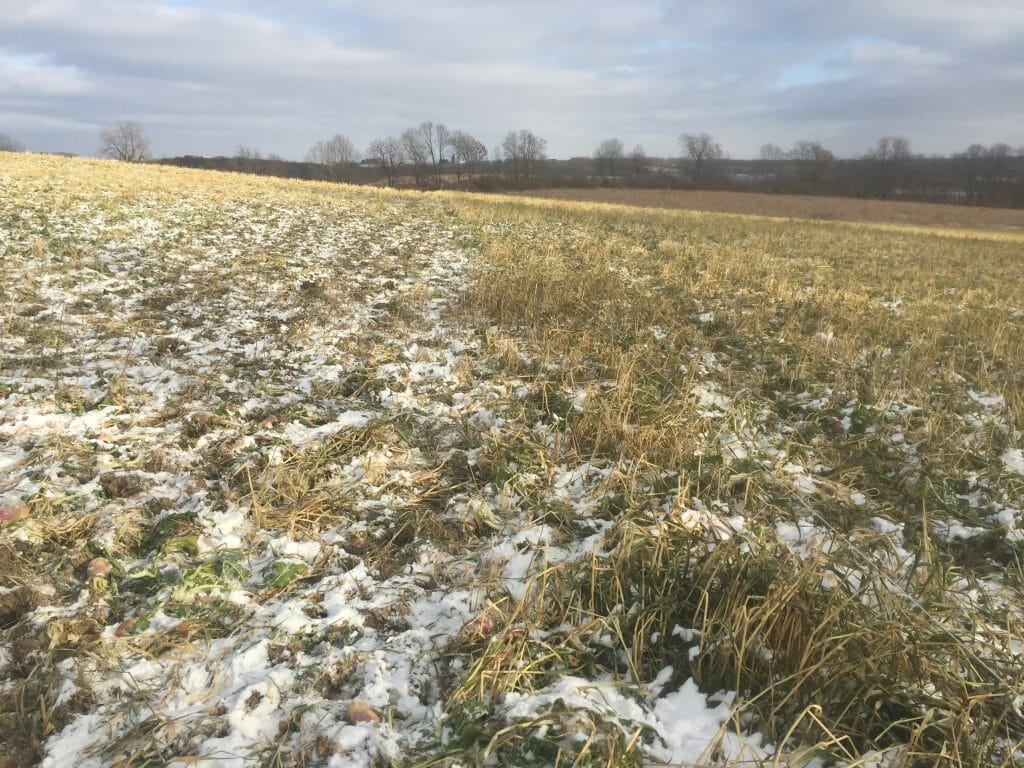 Frozen Water is the Biggest Hurdle

Frozen water systems are the biggest issue to combat when grazing in the winter. “Normally I can use the above-ground waterlines even with temperatures in the high 20s at night as long as it climbs up to the mid-30s for at least a few hours the next day. Once the temperatures stay below freezing I have to manually fill tanks and then immediately drain all the waterlines,” says Dave, “The challenge is to provide just enough water that the cattle get what they need but not so much that the tanks freeze solid. Once it’s too cold for that, we have to use a stationary metal or concrete water tank with a wood-burning tank heater.”

Marvin Eales of Mount Vernon is in the process of establishing a watering system for his grazing setup. He’s looking to install non-electric, frost-free waterers called Drinking Post Waterers, with valves located below the frost line to prevent freezing. For more information on winter watering, read this article on winter water systems in Canada or watch Greg Judy describe his watering infrastructure in Missouri in the video below.

Using portable fence to graze livestock in strips will help stretch forage longer. The success of this method depends on time and water access; ensuring livestock have access to water in each strip and moving animals every day in the winter can be labor intensive. A good overview of paddock setups for strip grazing stockpiled forages can be found on the On Pasture site. In addition, Kathy Voth reminds readers, “You’ll need to manage fall and winter pastures the way you manage them the rest of the year: with care to leave enough behind so the plant can wake up in the spring and start growing at full speed. You need to watch out for too much trampling that can cause injury to crowns of plants, reducing their ability to grow again. In addition, removing too much mulch and litter may cause greater temperature extremes near the soil surface and could adversely affect growth the following year, so be sure to leave a three to four-inch residue.”