Review of: “Red Meat Republic: A Hoof-to-Table History of How Beef Changed America”

When I realized that “Red Meat Republic” was an edited version of Joshua Specht’s doctoral dissertation, I braced myself for what I thought might be a challenging task.

It was a pleasant surprise to find the book was very readable, packed with anecdotes and references, and presented a picture of the cattle industry from the time of cattle replacing bison on the plains through the time of the rise and fall of the giant meat packers in Chicago.

Joshua describes a timeline from post-Civil War until pre-WWI. He breaks the era into four periods. The first is the slaughter of the bison and the concentrating of the plains Indian tribes onto reservations. The book documents the influence of foreign investment, particularly Scottish and English, in massive land and cattle companies. Next, he describes the life of the cowboys and drovers and the beginning of the cattle drives from Texas and Oklahoma. The development of the rail system, and the resulting competition to become trailhead towns for cattle drive destinations, was intense. The incentives offered by today’s communities to attract Google and Amazon are dwarfed by the scale of tax incentives and outright bribes offered by competing Kansas towns for railhead status.

The railroads invested heavily in railcars to haul live cattle from trailheads to eastern cities. After refrigerated cars were developed, railroad executives resisted the idea of building slaughter facilities nearer the cattle, as well as the idea of moving refrigerated meat to the population centers. The struggle between the railroads and the growing stockyard and packing house behemoths was bitter, and involved violence and massive government lobbying and bribery. By the beginning of the 20th century, the industry had evolved into a hub of five or six cities with huge slaughter capabilities – by far the largest being Chicago – and a network of stockyards where cattle were gathered to be shipped to the slaughter facilities. The working conditions of these facilities were exposed by Upton Sinclair in “The Jungle.” Disease concerns resulted in the Pure Food and Drug Act and the Federal Meat Inspection Act of 1906. 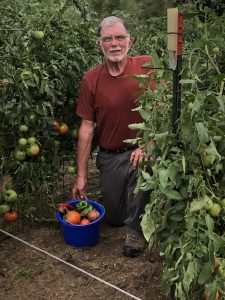 The author includes 60 pages of research notes and a bibliography, so there is ample opportunity to delve into or fact-check his observations. His conclusion section begins to reveal his opinions and his value-judgement of the industry. But for the most part, the book is a narrative and timeline of an industry, and leaves value judgements to the reader.

This reader came away with the strong feeling that we are seeing the second chapter of the same book in several instances in today’s meat packing industry. The author describes turn-of-the century packers using predatory pricing and corrupt government actions to force local butchers out of business. Is this not happening to small packers and local lockers today? The “Big Four” packers of 1900 used the lack of organization and market control of small ranchers to dictate live cattle prices, much as we see with vertical integration today. The conditions of the central European packing house workers described by Sinclair in 1900 are similar in many respects to the conditions Hispanic workers face in many packing plants of 2020.

I found “Red Meat Republic” a worthwhile read for those wanting to better understand the development of the beef industry in the U.S.

James West spent 40 years as a bovine veterinarian. Currently, he consults with ranchers and dairy farmers on bovine reproductive issues, biosecurity and animal welfare. He and his wife, Mary, are lifetime PFI members who live in Ames. 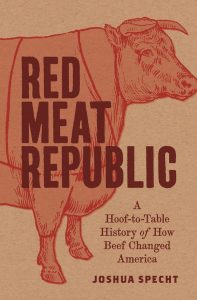 Synopsis: “By the late 19th century, Americans rich and poor had come to expect high-quality fresh beef with almost every meal. Beef production in the U.S. had gone from small-scale, localized operations to a highly centralized industry spanning the country, with cattle bred on ranches in the rural West, slaughtered in Chicago and consumed in the nation’s rapidly growing cities. “Red Meat Republic” tells the remarkable story of the violent conflict over who would reap the benefits of this new industry and who would bear its heavy costs.

Specht brings to life a turbulent era marked by Indian wars, Chicago labor unrest and food riots in the streets of New York. He shows how the enduring success of the cattle-beef complex was a consequence of the meatpackers’ ability to make their interests overlap with those of a hungry public, while the interests of struggling ranchers, desperate workers and bankrupt butchers took a backseat. America – and the American table – would never be the same again.