Honoring Past and Future

Through FindAFarmer, landowner Kathleen Hunt and land seekers Jacob and Lindsay Bolson were able to connect over shared values and visions.

Access to land is a major barrier for beginning farmers who want to start their own operation. Many families without heirs are also concerned about the future of their land and want to see it continue to thrive for future generations. Landowners like Kathleen Hunt believe deeply in caring for the land while honoring their familial predecessors.

“In 1849, my great-great-grandfather, TJ Sheldon, at age 21, walked from Ohio to Iowa, where his sister lived,” Kathleen says. “He spent the winter there, then continued on foot to California in the spring of 1850 to join the gold rush fever. He had success mining, making several trips back and forth from California to Ohio, always on foot.”

Eventually, he bought land and settled in Hardin County, Iowa. After his death, TJ divided his land among his nine children, and Kathleen says a portion of that was passed down to her through her grandmother and mother. 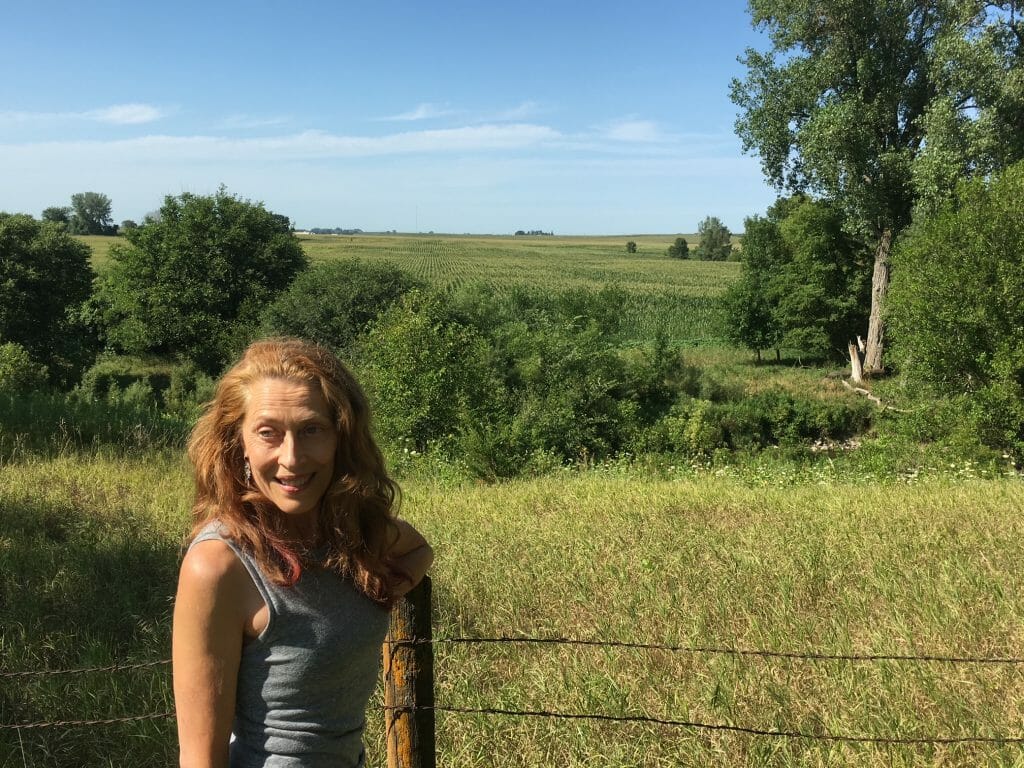 Today, Kathleen lives on Washington State’s Olympic Peninsula. She was raised in Seattle and says her mother had managed the land from afar – but retained a strong connection to it. “My mother always had deep emotional ties to the land, having grown up there and attending high school in Eldora,” Kathleen says. “She originally didn’t think I was interested in managing the land, but my sentimental attachment to the farm stems from my childhood summer vacations visiting my grandmother in Eldora. After my grandmother passed, my mother held onto the land and then passed it on to me when she died in 2017.”

Connecting at the Right Time 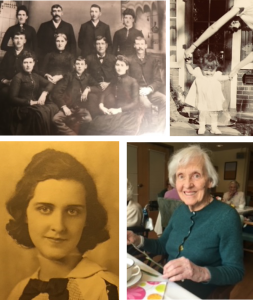 As Kathleen was taking on the management of the land, she hoped to move the farm towards a more ecologically sustainable direction. For about 20 years, the farm had been rented by a farmer who Kathleen’s mother had considered to be dependable, skilled and her “much appreciated boots- on-the-ground advisor.” But it been in continuous corn production, which Kathleen worried could be depleting the soil.

“My mother had always questioned the strong use of chemical fertilizers and herbicides, and the movement away from crop rotations which was the common farming practice of her youth,” Kathleen says. “Being a big proponent of organics, I wondered if it would be possible for me to move the farm in that direction, with less dependence on chemical supplementation.”

Kathleen began consulting friends to learn more about relevant organizations in Iowa that could help her efforts to transition her land to organic. “It was through one of my friends that I was able to connect with Dr. Matt Liebman, a professor of agronomy at Iowa State University,” she says. “I spoke of my situation, my goal to transition the farmland to organic and asked him how I could go about this as a landowner. He suggested I connect with Practical Farmers of Iowa and the FindAFarmer site.”

Meanwhile, Jacob Bolson and his wife Lindsay were looking to rent land closer to their home in Hubbard, Iowa. An opportunity arose – and was snapped up just as fast by someone else. “Not being able to even have a proper shot at the opportunity was an awakening for us,” Jacob says. “We began to think that, if another land opportunity arose in our neighborhood, to have a chance we maybe just needed to get more creative. We then thought of making a profile on FindAFarmer.” 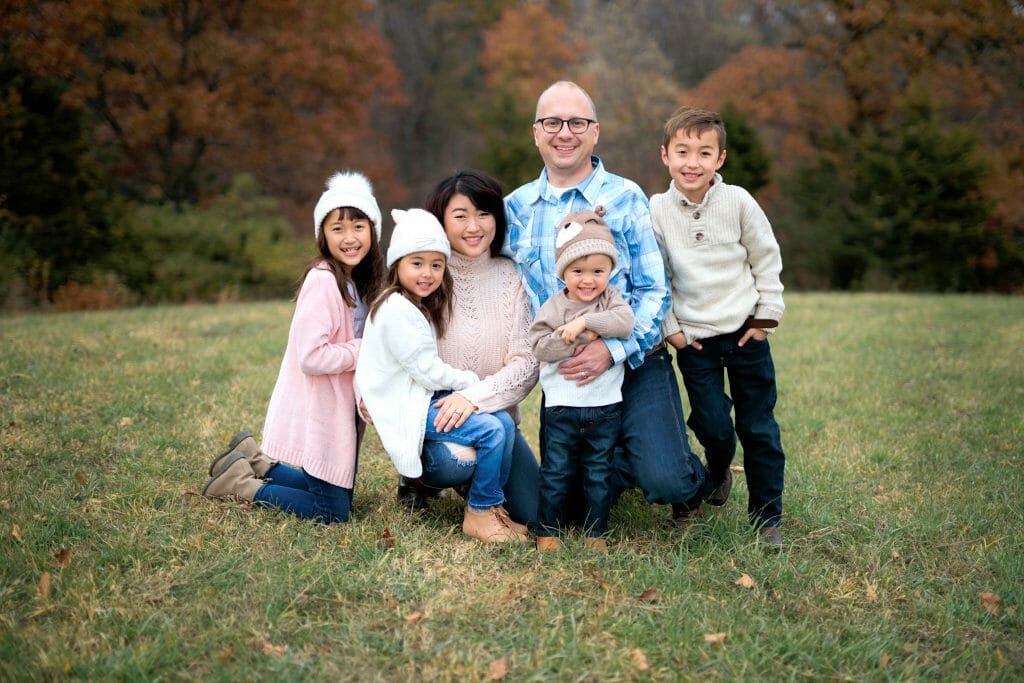 Kathleen had made some connections on the website, but communicated to those people that it might be a few years until the farm would be available to lease, as Kathleen’s current tenant was still operating the farm. In March 2020, Jacob contacted Kathleen through FindAFarmer and the two communicated back and forth for about a month before tapering off.

That fall, however, Kathleen’s farm manager called to tell her that her tenant had died in a farming accident. Around the same time, the farm manager told her he planned to retire and said she would need to find a new farm manager. “So, I thought to myself, this is the opportunity to try and change things,” Kathleen says. “I contacted Jacob on FindAFarmer, since we had been in touch months back, to ask if he would still be interested in renting from me.”

“Somehow, Jacob and I began conversing at a time when I was ready,” Kathleen adds. “It happened synchronistically. Once you start putting feelers out, things just begin to unfold – if you are open and perceptive.” 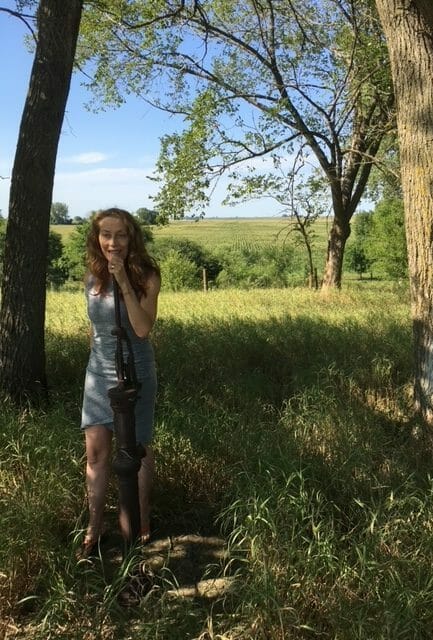 Kathleen Hunt stands by an old water pump on her farmland in 2019.

After attending a few women landowner webinars hosted by the Women, Food and Agriculture Network, Kathleen was able to connect with a land manager who had presented during one of those webinars, Mollie Aronowitz from Peoples Company. “Jacob had actually referred me to Peoples Company from someone he knew. Since I had made a connection with Mollie prior, I felt comfortable asking her to be my land manager,” Kathleen says.

Mollie helped Kathleen finalize the paperwork and contracts with Jacob, including how to handle the rent and determine a fair payment based on the quality of the land. With the previous tenant, Kathleen says the farm had been operated like a money-making business with little maintenance taking place. “Since Jacob is starting out in his first year on the farm, we wanted to be flexible and allow him to begin at a level that is equitable for him.”

Jacob and Lindsay are now renting 139 acres of tillable land with about 20 acres of pasture. “We have been very blessed with Kathleen,” Jacob says.

“She is a second-generation absentee landowner and wants to do more to take care of the land, operating it in a way that is better for the soil and water. With approval from both Kathleen and Mollie, I’ve been able to sub-lease the pasture to my father-in-law to put a few cows out there to graze.”

“This first year, we planted soybeans green and no-till into the cereal rye cover crop I planted last fall,” Jacob adds. He and Lindsay also want to coordinate with Kathleen and Mollie on property improvements, like cleaning up the farm for tool storage, developing an observation plan with their local watershed alliance and installing two saturated buffers. “Overall, it’s a very diverse farm,” he says. “It has a wetland with some other acres in conservation. There are so many opportunities to establish habitat and more conservation efforts over time.” 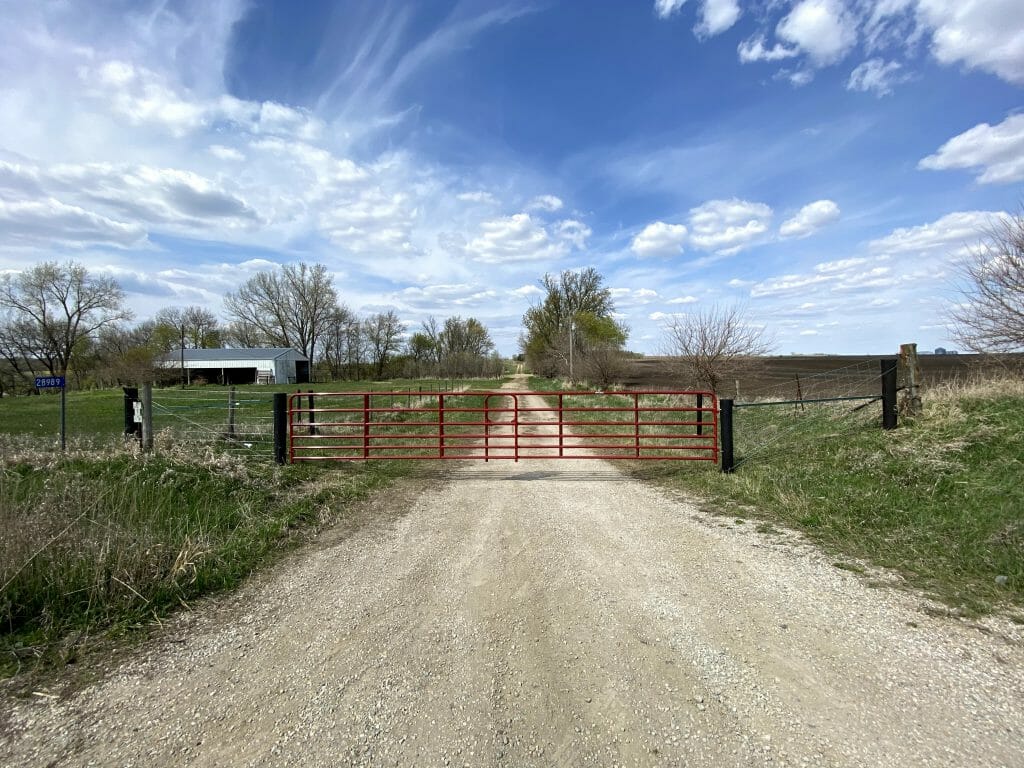 Kathleen installed a new gate on the farm to give the Bolsons greater security and privacy.

For Kathleen, the budding relationship with Jacob and Lindsay represents a long-term investment in the land, and peace of mind knowing that the land will be taken care of in a way that benefits the soil and water. “For some landowners, making investments in conservation might be a hard choice, but to me what is important is the long-term health of the earth and to maintain as much native habitat as possible.”

Reflections From a Land Match

More than half of Iowa’s farmland is farmed by someone other than the owner. FindAFarmer is a unique platform that helps non-farming landowners find a tenant while connecting land seekers to opportunities to access land. The website is also useful for retiring farmers searching for a non-family successor to continue the farm.

For Jacob, navigating how to access farmland, whether connections are made virtually or in person, is about knowing your audience. “When speaking with a landowner, try to understand their knowledge base on production agriculture and try not to be overwhelming with too much information,” he says. “Know your budget and economics. I used Iowa State’s cash flow budget template, reviewed it with my banker and then provided it to Mollie.”

Jacob also encourages those seeking land to have a multi-year vision for the farmland, as well as plan for how to get there. “Be proactive and look at it from more than just a one-year perspective,” he says. “Talk to a prospective landowner about your goals, aspirations and big-picture goals you have for the farm. Also, think about what the differentiation is between you and other land seekers. Why do they need to rent their land to you versus anyone else?”

For landowners seeking tenants, Kathleen says it’s essential to immerse yourself in all the options. “In the beginning, I felt pretty lost navigating what to do and who to connect with. It was very overwhelming, but the more I read and learned the more I felt comfortable.”

She encourages landowners to seek out community organizations that can help them connect with people, and to “be flexible and comfortable with the decisions you make. Do not be submissive to what you think you should do or what others want you to do. Learn as much as you can, and then do what you feel is right for you, the land and the farm.”