Review of Lance Foster’s “The Indians of Iowa”

Growing up on a farm in northeastern Iowa, I gave little thought to the people who lived on the land we were now farming, near Fort Atkinson, in Winneshiek County.

In my high school American history class in the late 1970s, we spent several weeks studying Native Americans, but instead of studying Iowa’s original inhabitants, I did my project on Chief Joseph and the Nez Perce Tribe of the Northwest. Until a couple of years ago, I didn’t really think about who lived in Iowa before my ancestors.

Only recently, as more Americans have begun to acknowledge the Indigenous communities that were the original stewards of our land, has my family started looking deeper into the question of who was living on the land we grew up on, before our ancestors became homesteaders. Who were the Winneshiek? Where did the name Iowa come from?

“The Indians of Iowa,” by Lance Foster, offers answers to those questions, and provides a deeper understanding of the cultures of the different tribal groups, as well as an introduction to the story of their time living in, and removal from, Iowa. Lance, a member of the Iowa Tribe of Kansas and Nebraska, covers each tribe in a separate chapter, alphabetically, beginning with the Ioway, one of the first documented tribes living in Iowa, and finishing with the Winnebago. Lance provides an overview of each tribe, including various names, languages spoken, the culture, the time period, where each lived in Iowa and where the tribes reside today.

It is likely that the Ioway lived in or migrated through the area where our family farm is now situated, followed by the Sauk, Meskwaki, Winnebago and others. I hadn’t heard of the Ioway people, after whom our state was named, now living mostly in Kansas, but I did know about the Winnebago (HoChunk), who were moved from Wisconsin and reluctantly lived in northeast Iowa.

After each chapter, there is a section titled “A Closer Look,” which covers topics such as Native arts and crafts, spirituality, Native American women in Iowa and going to a powwow, providing facts and sometimes suggestions for further study. My favorite “closer look” section, “Archaeology in Iowa,” describes how the culture was determined by the physical environment of each time period from 11,000 B.C. to the 1950s. I enjoyed the descriptions of the landscape, housing, food sources, tools and how they changed over time with the change in climate. Lance suggests historic sites to visit in Iowa for each of these periods.

Artwork throughout the book, by Lance himself, adds another dimension: illustrations of drumming, canoeing and farming – and they also add a personal touch. I was struck that one person could provide so much researched material on one page and a woodcut print on the next. I would have liked to know more about the artwork, but I appreciate that Lance shared another side of himself with us.

Lance himself says that his book is intended as an introduction. There are many resources at the end of the book on places to visit, tribal contact information and book recommendations for both young and old. “The Indians of Iowa” is rich with information, and I will refer to it frequently, as I plan to visit some of the websites and actual historic sites. I have a lot to catch up on.

Hopefully, “The Indians of Iowa” will be used in Iowa high school American history classes now, and some young woman will choose to do her research on one of the tribes who lived in Iowa. “The Indians of Iowa” is a wonderful introduction and invitation to deeper learning, both for young people and for those, like me, who want to learn more. Better late than never. Thank you Lance Foster, for all of your condensed research.

Carol Bouska grew up on a 450-acre farm in northeastern Iowa, and now co-owns the land with her three sisters. Together, they are working to transition the land to a regenerative agriculture system. Carol lives in Minneapolis with her husband Jeremy, where she enjoys biking and swimming in the lakes. In 2020, she and her sisters received PFI’s 2020 Farmland Owner Legacy Award. 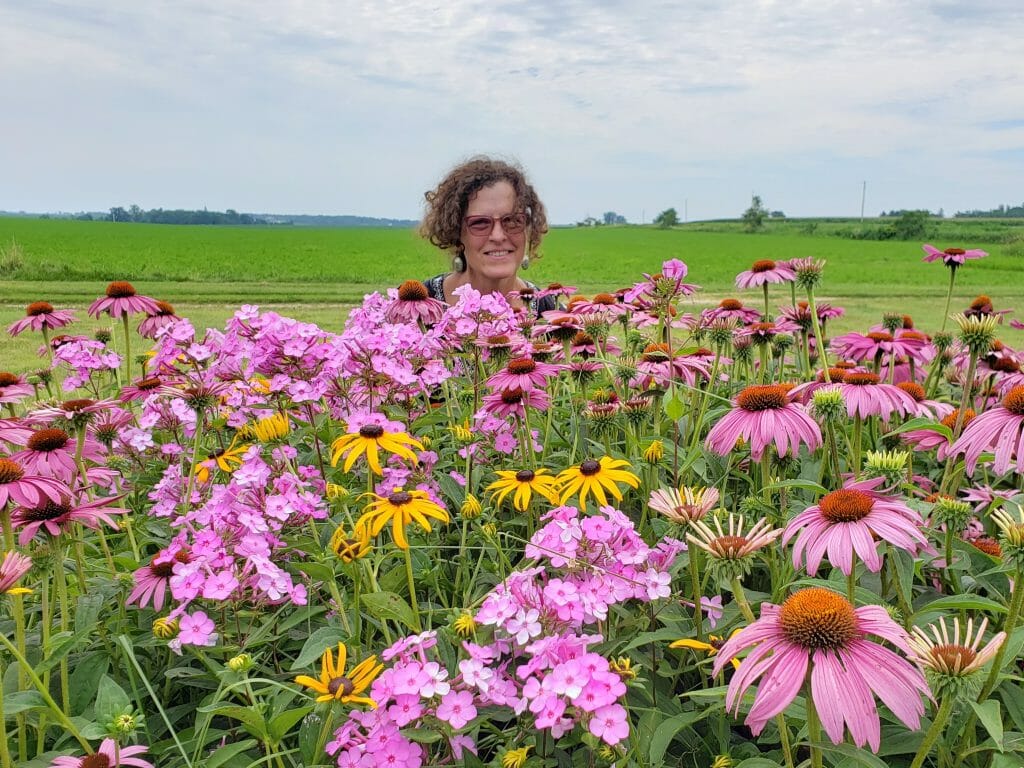 More about “The Indians of Iowa” Synopsis: Many different Indian tribes have lived in Iowa, each existing as an independent nation with its own history, culture, language and traditions. Some were residents before recorded time; some lived in Iowa for relatively short periods but played memorable roles in the state’s history; others visited Iowa mostly during hunting trips or times of war. Stimulating and informative, Lance Foster’s “The Indians of Iowa” is the only book for the general reader that covers the archaeology, history and culture of all the different native nations that have called Iowa home from prehistory to the present.

Foster begins with a history of Lewis and Clark’s travels along the Missouri River adjacent to western Iowa. Next, he focuses on the tribes most connected to Iowa from prehistoric times to the present day: the Ioway, Meskwaki, Sauk, Omaha and Ponca, Otoe and Missouria, Pawnee and Arikara, Potawatomi, Illinois Confederacy, Santee and Yankton Sioux, and Winnebago.