At the onset of this trial, Arlyn Kauffman set out to compare several green manure cover crops between the rye and corn phases of his crop rotation. Specifically, he frost-seeded red clover and balansa clover to the rye crop in March 2020 and intended to include a third treatment: a cover crop mix seeded after rye seed harvest in July 2020. Kauffman hypothesized that, provided timely summer rainfall, the summer mix would produce the most biomass and grazing value. Unfortunately, summer rainfall was too sparse for the summer mix to establish; the seeding was abandoned. Additionally, the frost-seeded balansa clover failed to establish. Kauffman was still eager to test the effect of red clover on corn yield, so eventually the following treatments comprised the trial: 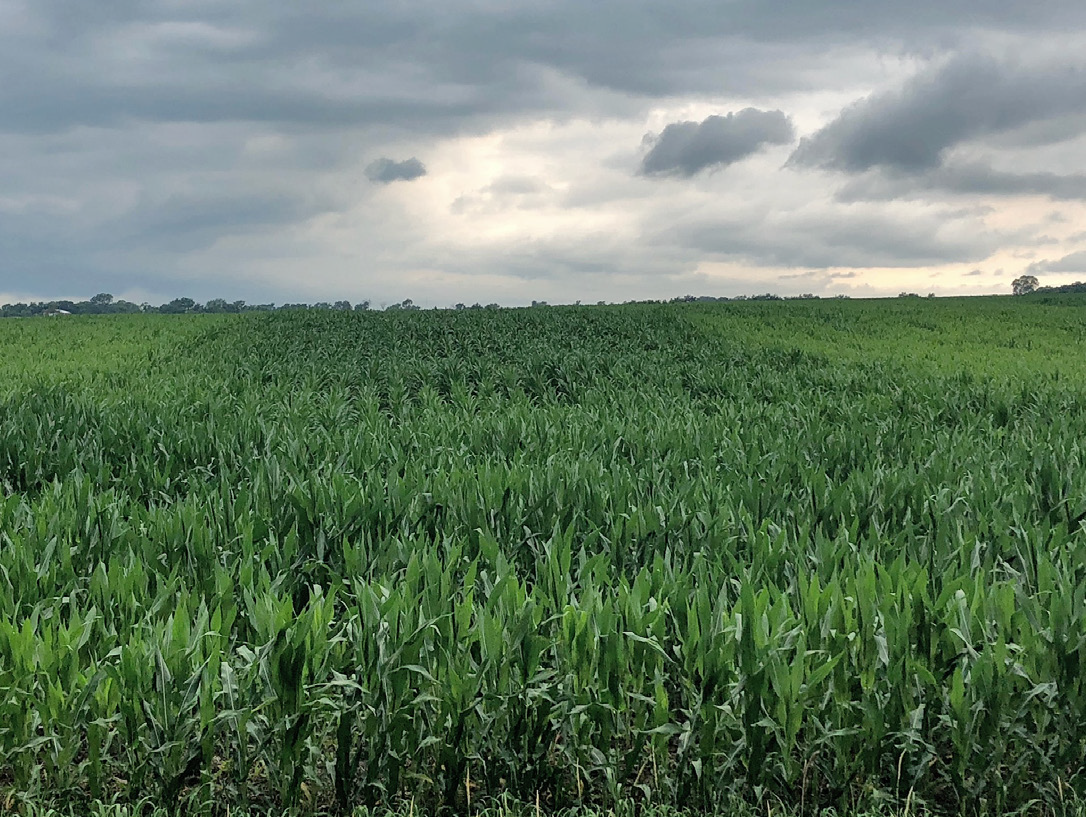 Dark green corn in a strip that followed a red clover cover crop. “They were SOOO green,” Kauffman said. “It was astonishing from the road to see the difference in corn color. From the air, even more.” The neighboring strips had a cereal rye cover crop. Photo taken July 7, 2021.

On Nov. 15, 2019, Kauffman drilled a cereal rye seed crop in 10-in. rows at 80 lb/ac on land that had previously been planted to corn. Kauffman frost-seeded medium red clover (9 lb/ac) into the cereal rye crop in strips on March 10, 2020; this was just before the cereal rye crop broke winter dormancy. On July 22, Kauffman harvested the rye; a volunteer rye cover crop stand was established from seed blown out the back of the combine during harvest. Kauffman hayed the entire field (clover and rye straw) in late July. In the strips with volunteer rye, Kauffman drilled additional rye cover crop seed in October at 90 lb/ac. Liquid hog manure (2,000 gal/ac) was applied to all strips in early November and cattle grazed the entire field from Nov. 15 to Dec. 25. 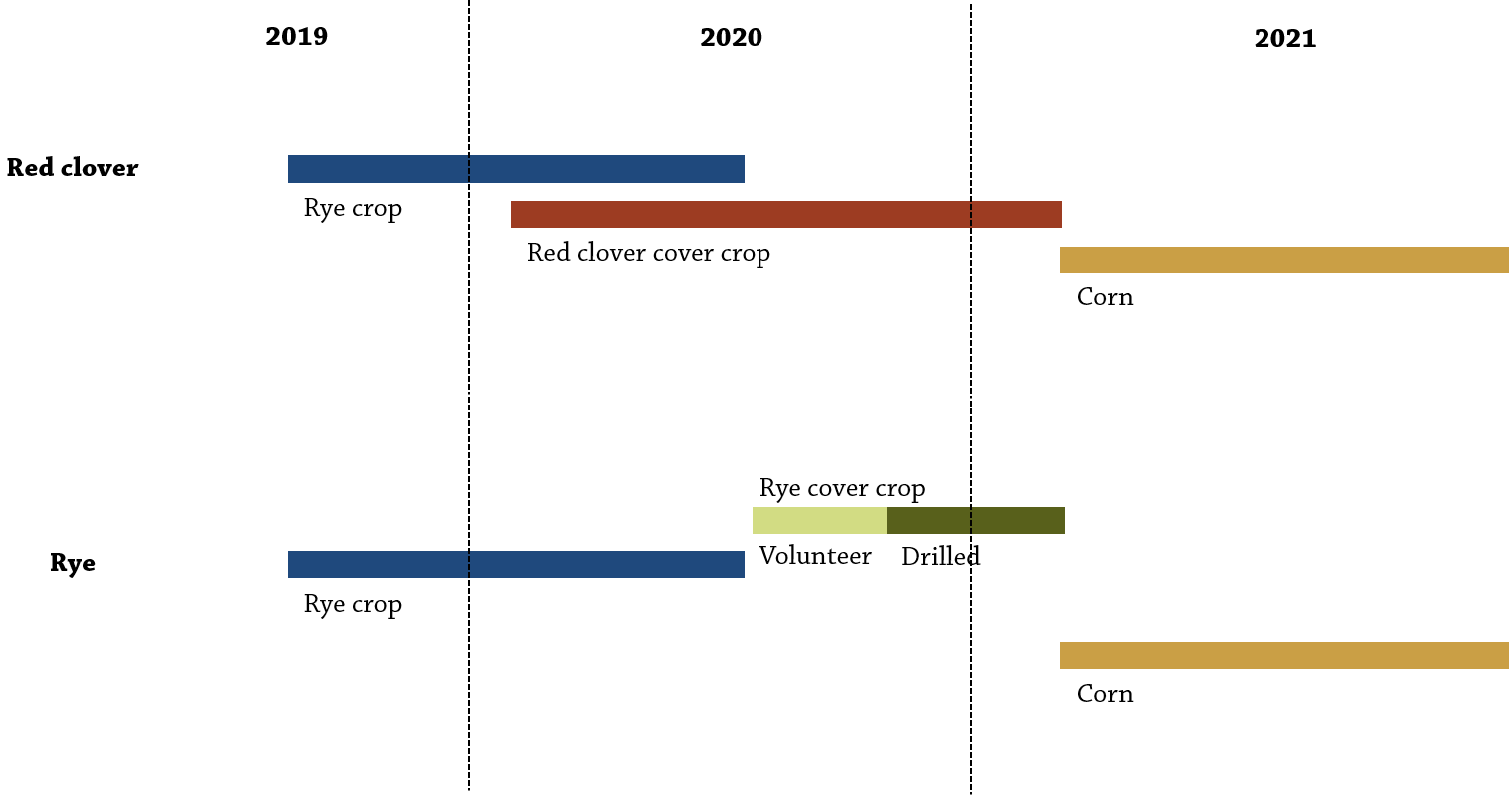 Kauffman harvested corn and recorded yields from each individual strip on Oct. 15. Yields were adjusted to standard moisture (15.5%).

To evaluate the effect of cover crop on corn yield and profitability, we calculated the least significant difference (LSD) at the 95% confidence level using a t-test. If the difference in average yield resulting from the two cover crop treatments was greater than the LSD, we would expect such a difference to occur 95 times out of 100 under the same conditions – we refer to this as a statistically significant effect. On the other hand, if the difference resulting from the two treatments was less than the LSD, we would consider the results to be statistically similar. We could make these statistical calculations because Kauffman’s experimental design involved replication of the two treatments (Figure A1).

Corn that followed red clover statistically out-yielded corn following the rye cover crop by 41 bu/ac (Figure 1). Yields fell considerably short of Kauffman’s county’s five-year average (Decatur = 171 bu/ac).[1] “One challenge we had was very slow corn emergence and a poor stand in the clover due to shading and cool soil temperatures,” Kauffman said. “If there would have been a full stand it could have gone another 30 bushels higher.” Despite this, his results further illustrate superior corn agronomic performance when following legume cover crops that have also been shown in previous PFI on-farm research [2,3] and academic research.[4,5] 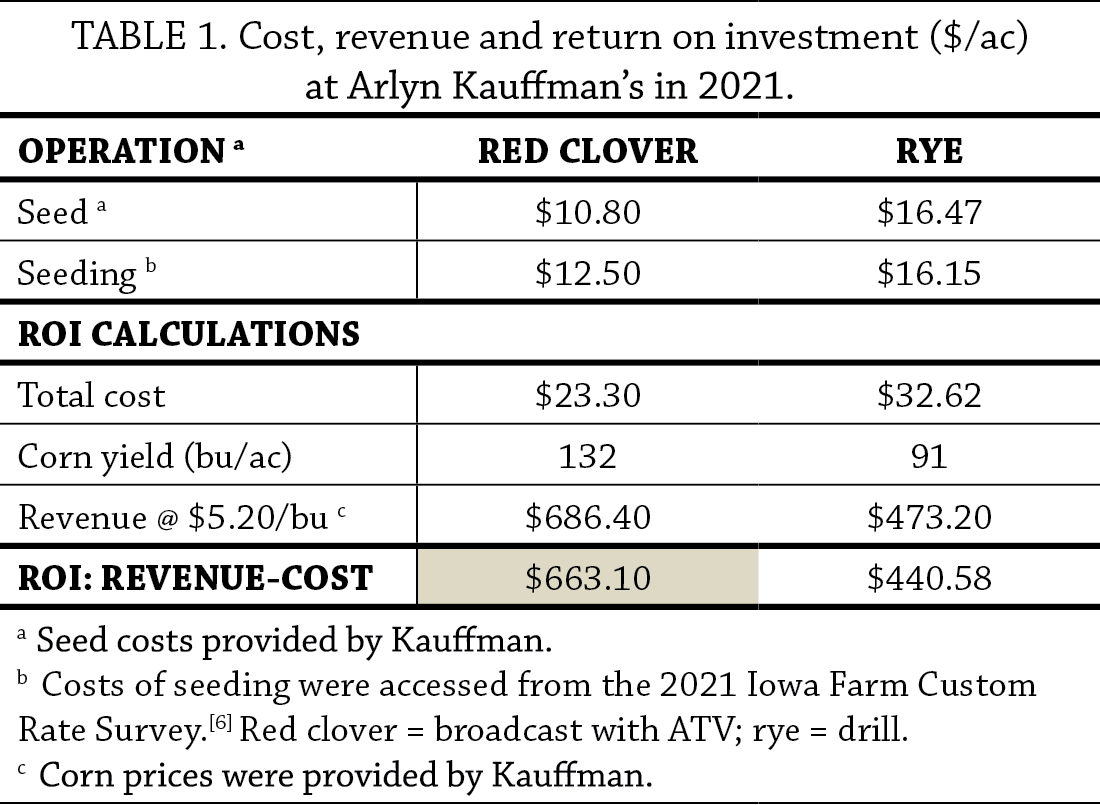 “Needless to say, we are ordering medium red clover to underseed to our small grain next year going to corn in 2023!” Kauffman said of his results. “In an extended rotation that includes a small grain followed by corn, this has to be about the lowest-hanging-fruit practice a person could imagine, based on what we learned.” After observing slow emergence of corn planted into cover crops this year, Kauffman is reconsidering his typical practice of planting corn in April and instead planting in May when soil temperatures are higher. Ultimately, Kauffman was pleased to see for himself what other farmers have observed and shared over the years: “[This trial] built my confidence that using clover to drastically reduce commercial N is a real thing!” 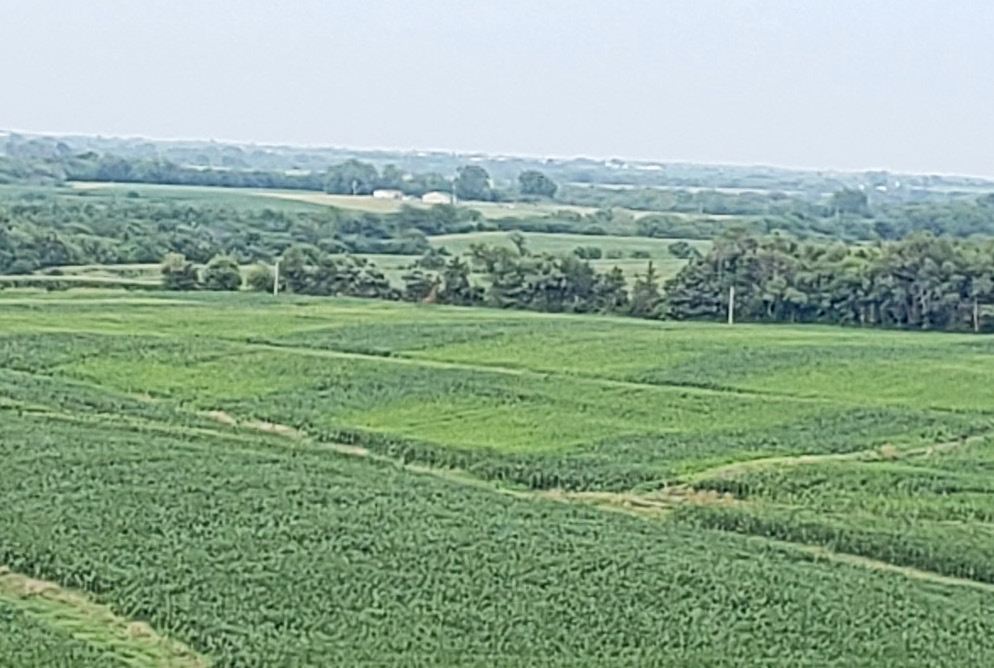 FIGURE A1. Arlyn Kauffman’s experimental design consisted of four replications of both treatments (8 strips total). This design allowed for statistical analysis of the data. 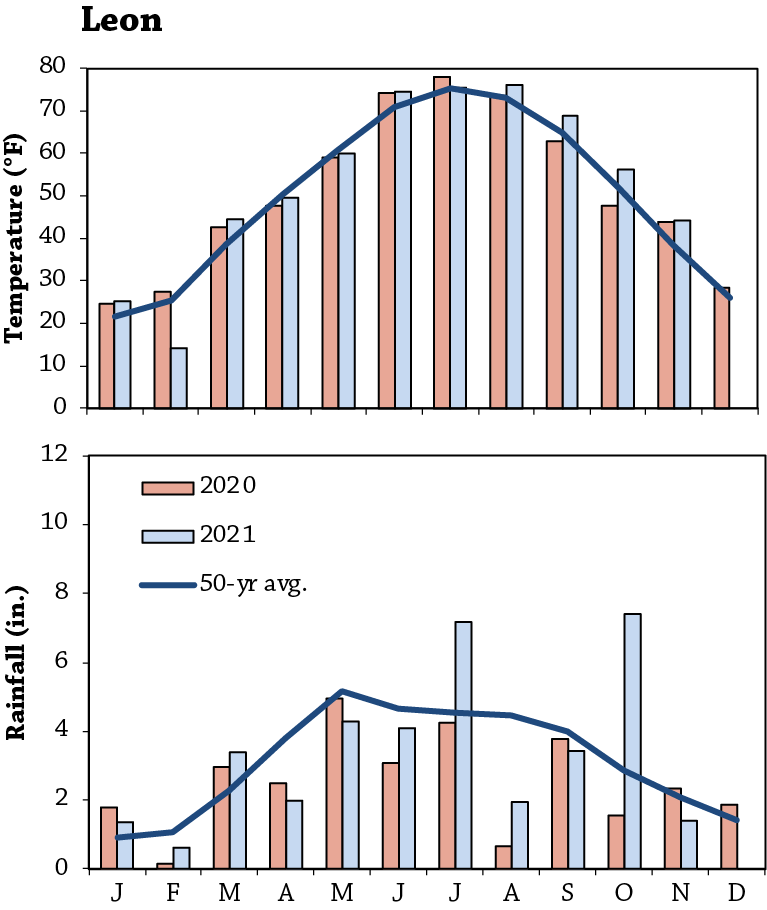 FIGURE A2. Mean monthly temperature and rainfall during the trial period and the long-term averages at Leon, the nearest weather station to Kauffman’s farm.[7]