This project was funded by USDA-NRCS and Walton Family Foundation

To test whether he could reduce his N fertilizer rate, Boyer compared two treatments:

Boyer implemented four replications of the two treatments in strips that measured 30 ft wide and 1,570 ft long (Figure A1). He applied 100 lb N/ac as anhydrous ammonia on Apr. 16 and 30 lb N/ac as UAN(28%) on May 4 to all strips. Boyer then applied 50 lb N/ac as sidedress on June 14 but only to the strips assigned to his typical N rate.

On June 12, we collected soil samples to a 12-in. depth from several areas in the field. We sent these samples to Ag Source Laboratories (Ellsworth, IA) to determine the availability of soil nitrate to corn prior to Boyer sidedressing the strips receiving the typical N rate. This is commonly known as the late-spring soil nitrate test (LSNT).[1]

Theo Gunther, from the Iowa Soybean Association, collected cornstalk samples from each strip on Oct. 4 and sent the samples to Midwest Labs (Omaha, NE). The lab determined the concentration of nitrate in the stalks – this can be an indicator of sufficient, insufficient or excessive availability of N to the corn during the growing season.[2]

On Oct. 26, Boyer harvested the corn and recorded yields from each individual strip.

Soil samples collected on June 12 revealed that Boyer’s field had an average nitrate-N concentration of 17 ppm. This test result would suggest the application of 64 lb N/ac as sidedress to Boyer’s corn. We used this test result purely as a reference – Boyer did not sidedress any N to the reduced rate treatment and he sidedressed 50 lb N/ac to the typical rate treatment per the design of this trial.

Corn yield was not affected by N fertilizer rate (Figure 1). Recall that the results of the LSNT mentioned before recommended a sidedress application of 64 lb N/ac to Boyer’s corn in June. As such, we might have expected the sidedress application of 50 lb N/ac as part of Boyer’s typical rate (180 lb N/ac) to increase yield compared to the reduced rate (130 lb N/ac). But this was not the case in this trial as corn yields were statistically similar between the two N fertilizer rates. 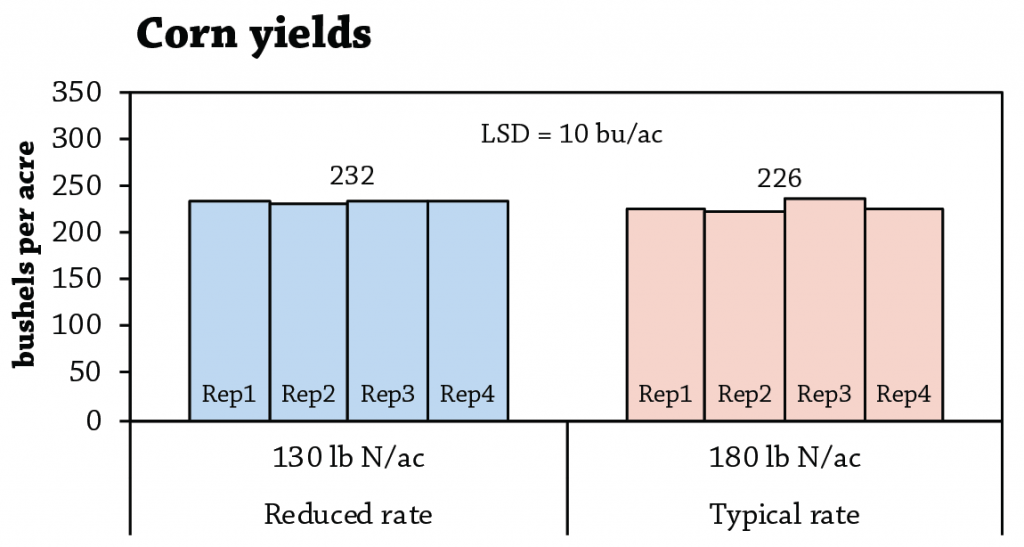 Figure 1. Corn yields at Jack Boyer’s, harvested on Oct. 26, 2019. Columns represent yields for each individual strip. Above each set of columns is the mean for both N fertilizer rate treatments. Because the difference between the two means (6 bu/ac) is less than the least significant difference (LSD; 10 bu/ac), the treatments are considered statistically similar at the 95% confidence level.

Boyer conducted this study because he was curious about opportunities to reduce input costs and either maintain or improve profitability. Just as Boyer had suspected, he was able to maintain corn yields while reducing his N fertilizer rate by 50 lb N/ac. In this case, applying 130 compared to 180 lb N/ac reduced Boyer’s costs by $26/ac, and without any loss in corn yield, those reduced costs directly translated to $26/ac in improved economic returns.

Boyer has been using a cereal rye cover crop in his corn-soybean rotation because he knows this practice is beneficial to the soil and reduces loss of nutrients, like N, to the environment. After six years of using a cereal rye cover crop and capturing those environmental benefits on his family’s farm, it now appears that he is also capturing economic benefits as well owing to reduced N fertilizer costs. Encouraged by these results, Boyer wonders if he can further reduce his N fertilizer rate and improve returns. 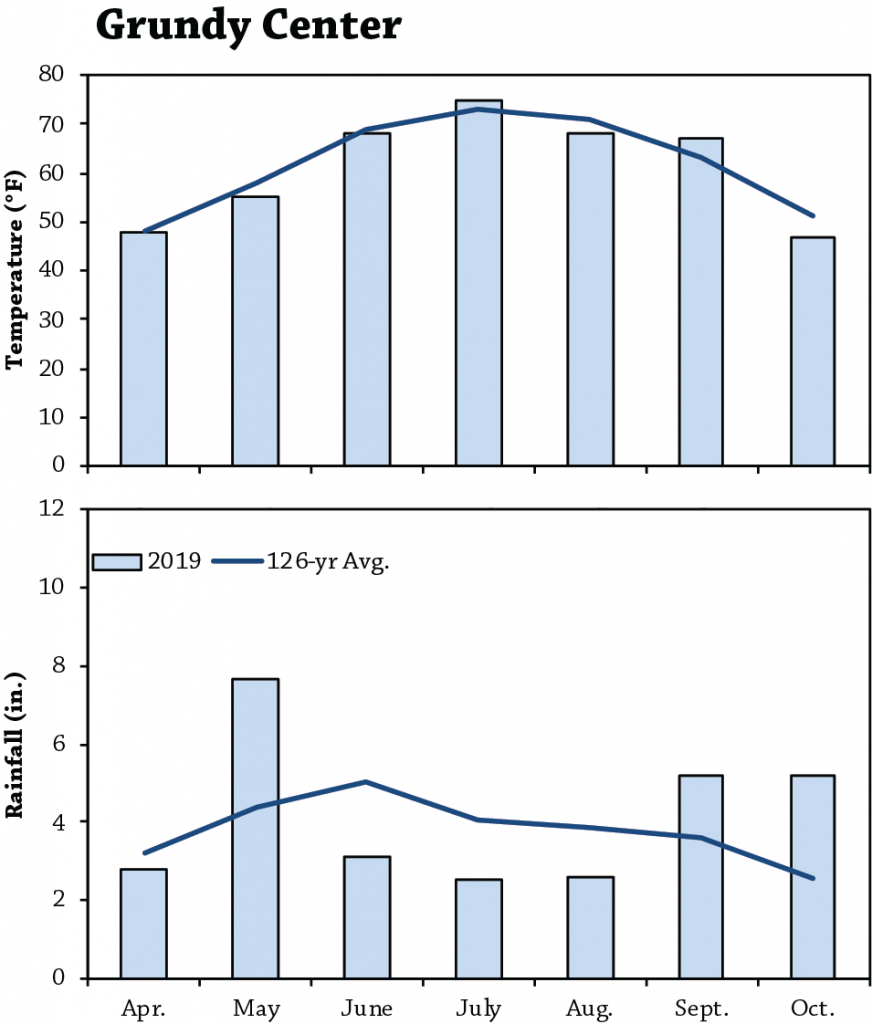 Figure A2. Mean monthly temperature and rainfall for Apr. 1, 2019 through Oct. 31, 2019 and the long-term averages at Grundy Center, the nearest weather station to Boyer’s farm (about 9 miles away).[4]