This research was funded by the following organizations:

Careful management and proper choice of variety can make oats a profitable crop due to their low input requirements and beneficial effects on succeeding crops in a rotation. Oats can be used for grain and straw production, as a companion crop to establish hay and pastures, or for early-season forage as hay or haylage. Because oats are harvested in late July to early August, field management options for the remainder of the season are numerous. These include establishment of a perennial forage or summer cover crop, as well as an opportunity for mid-season manure application. In 2019, 215,000 acres of oats were planted in Iowa according to the USDA-National Agricultural Statistics Service. The state average yield for the year was 58 bu/ac; the five-year average yield is 69 bu/ac. 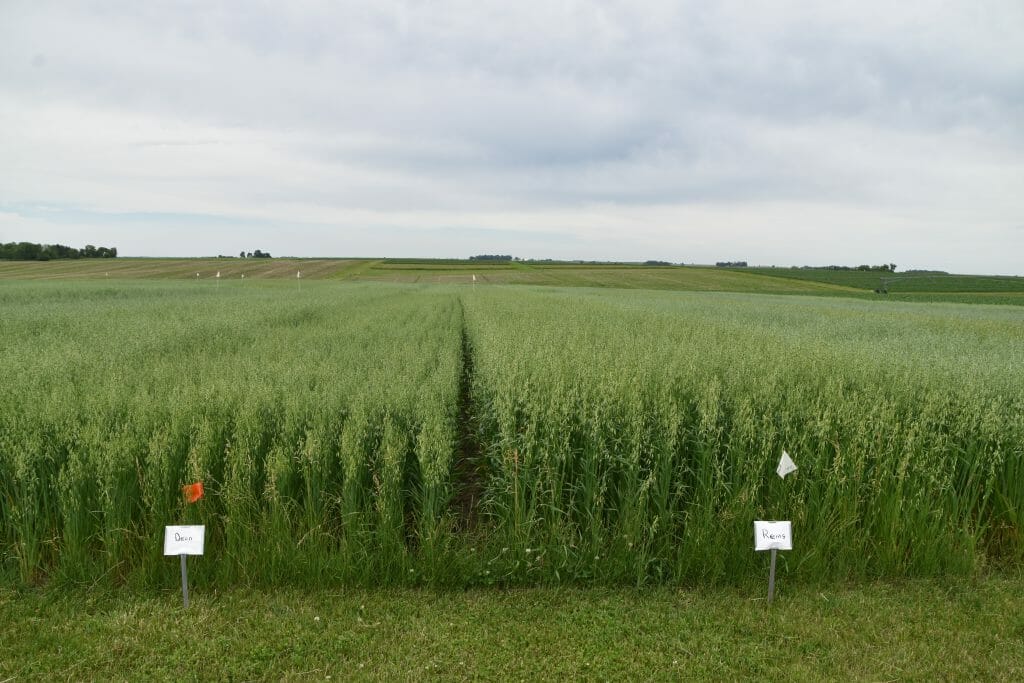 Planting oats before April 15 is recommended for optimal yields in Iowa. This helps avoid exposure to warmer weather during grain fill. Test weight is the most commonly used indicator of grain quality. High test-weight varieties should be chosen by growers who intend to market oat grain to food-grade buyers.

Oat growth is regularly affected by rust and barley yellow dwarf virus. Variety resistance to these diseases should be considered. Another option is the use of a foliar fungicide applied at Feekes 9 growth stage, defined as flag leaf emerged with ligule visible.

Information about each of the varieties can be found in Table 1.

Oat management information is provided with the results from each location. No herbicides or insecticides were applied at any location. Fungicides were only applied to designated subplots containing the Deon, Hayden, Horsepower and Shelby 427 varieties at Nashua. Entries were screened for crown rust, barley yellow dwarf virus and septoria leaf blight by Margaret Smith from Albert Lea Seed House and Alison Robertson from the Department of Plant Pathology and Microbiology at ISU in late June and early to mid-July at Nashua, Boone and Kanawha. 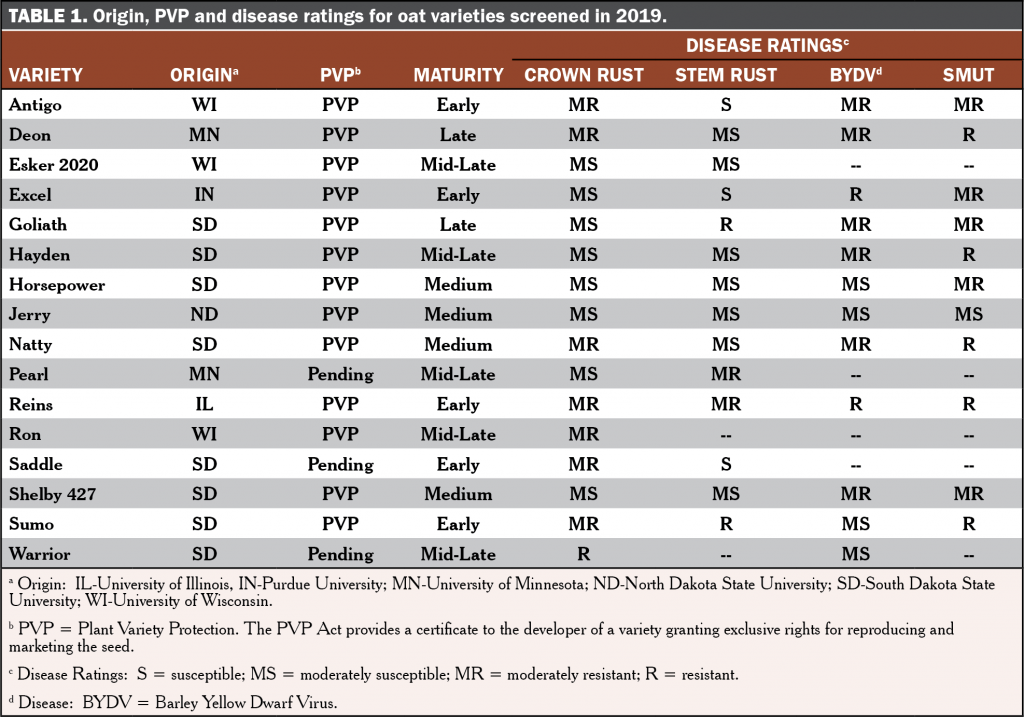 Data were analyzed by location, and varieties are listed in order of 2019 yield performance. Reported yields are corrected for 13% moisture. A “percentage of test average” calculation for 2019 is included to aid in comparing among entries at each location. Rainfall and temperature data were either provided from the farm manager or accessed from the nearest weather station.[5]

Saddle and Reins were among the top yield performers at all four locations. Antigo scored the highest test weight at each location and several varieties made a test weight of 38 lb/bu – the standard minimum that many food companies require before dockage is applied. Ratings conducted by Smith and Robertson at the Nashua location on June 28, Boone location on July 1 and Kanawha location on July 15 indicated very low disease incidence (data not shown).

The application of Trivapro fungicide at Nashua significantly improved oat yield, test weight and straw yield for the Hayden and Horsepower varieties and reduced lodging for the Horsepower and Shelby 427 varieties. Straw yield and oat plant height of Shelby 427 were also increased by the fungicide application. The effectiveness of the application of Trivapro fungicide for control of rust could not be determined due to low incidence of crown and stem rust this season. 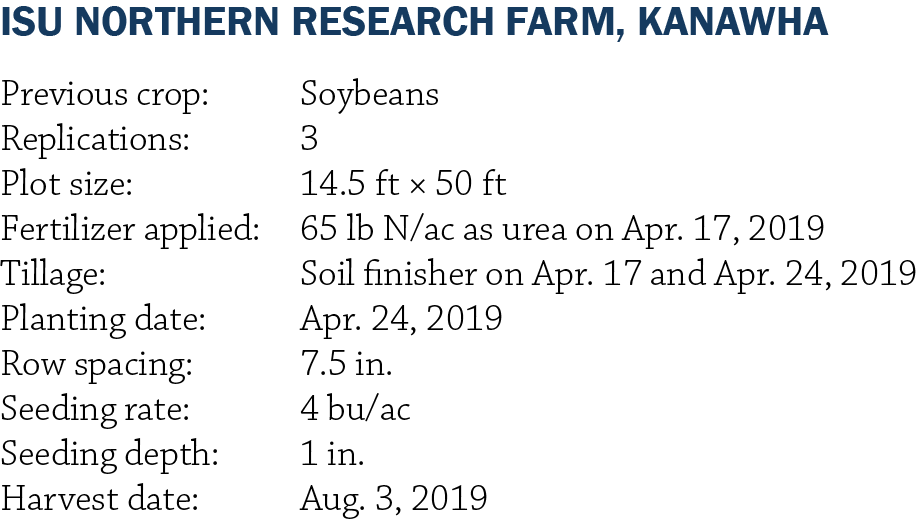 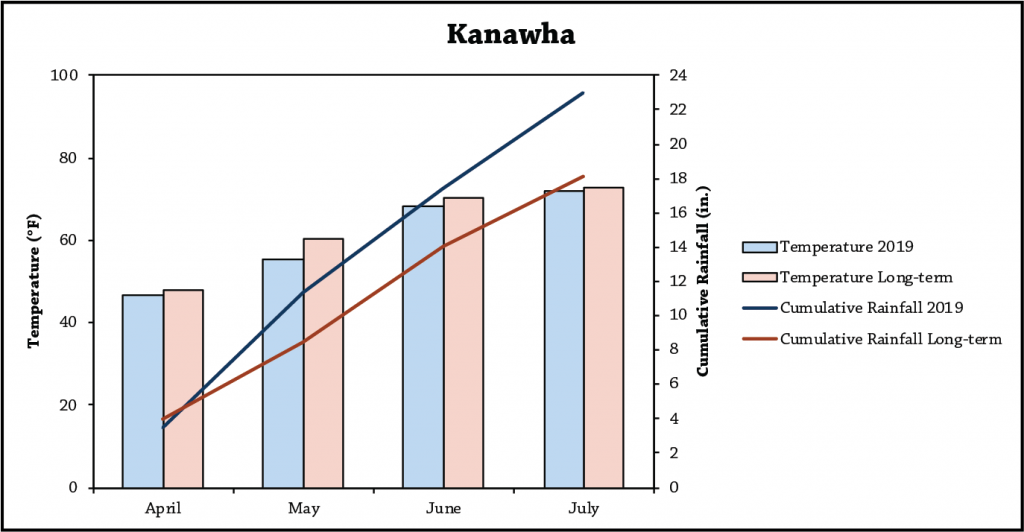 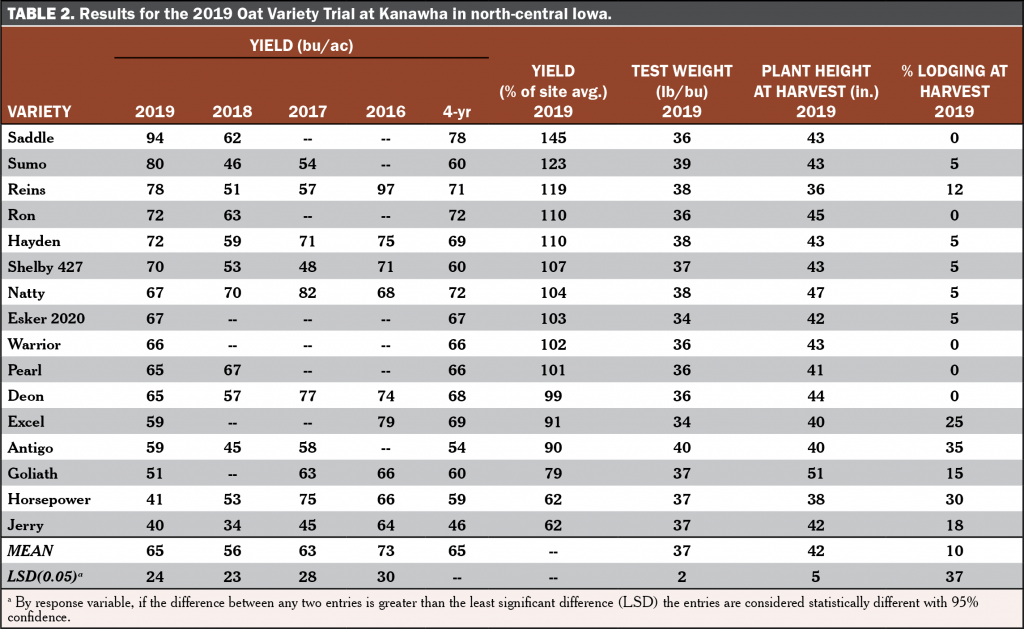 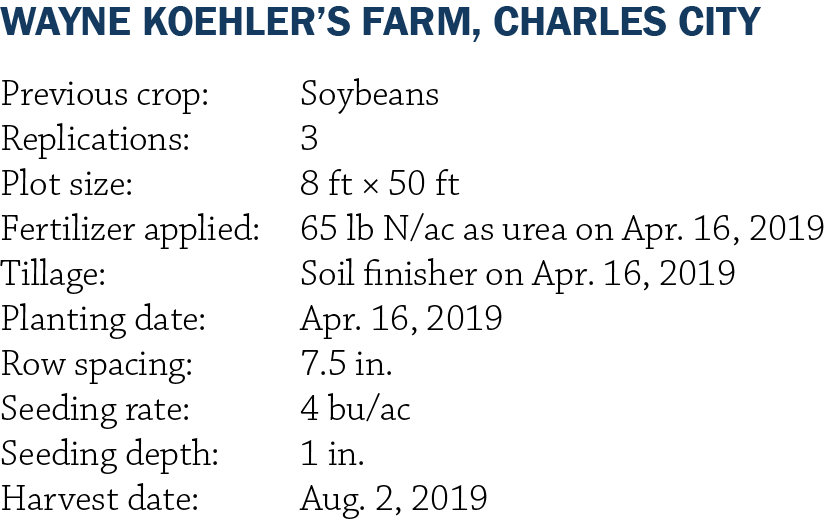 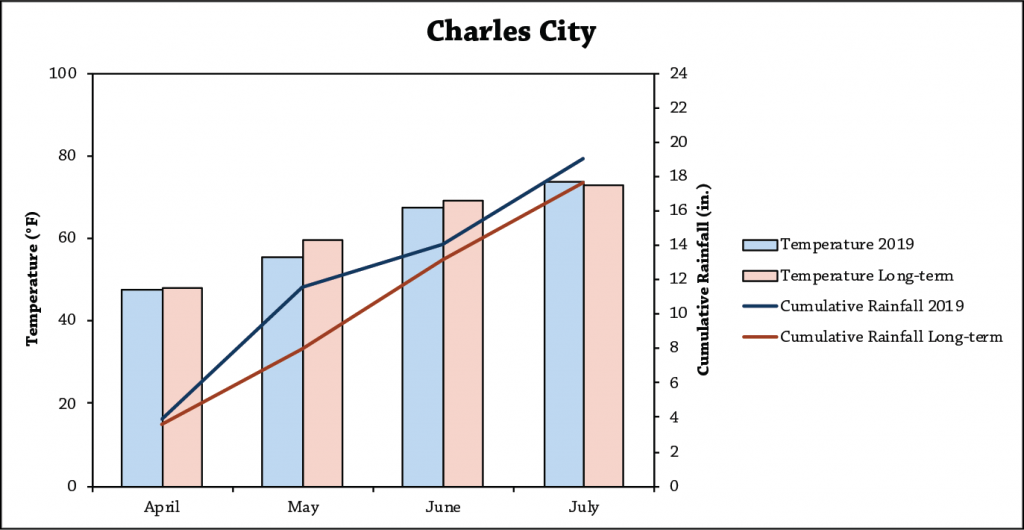 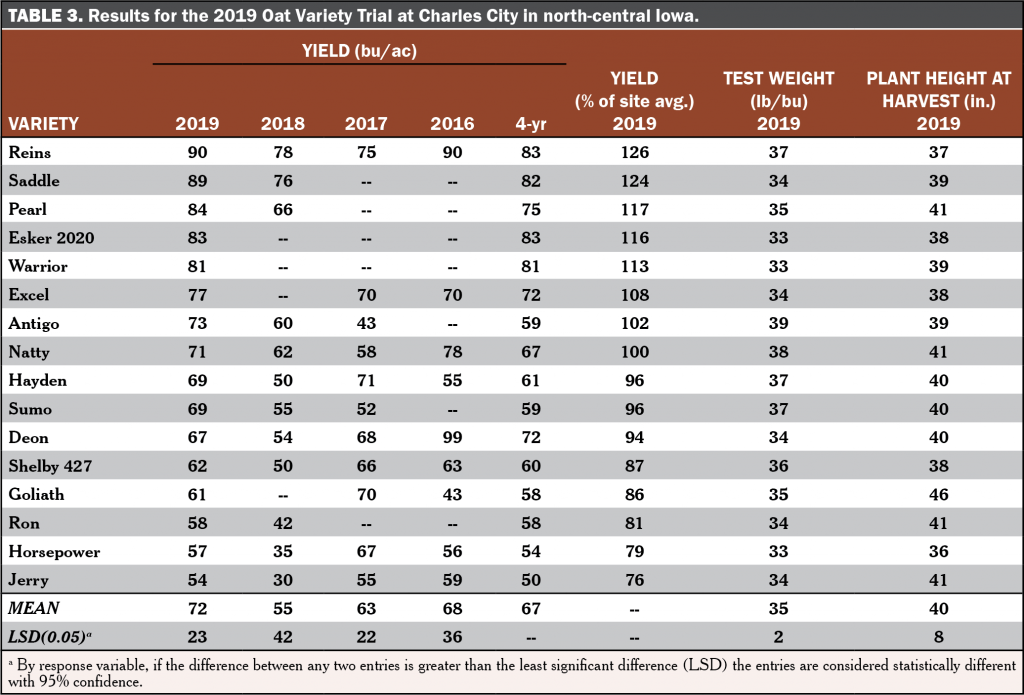 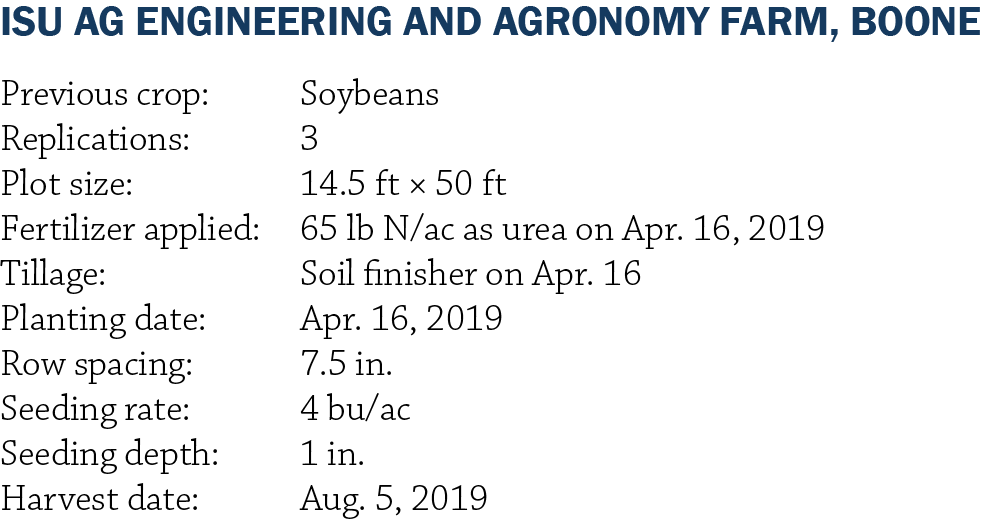 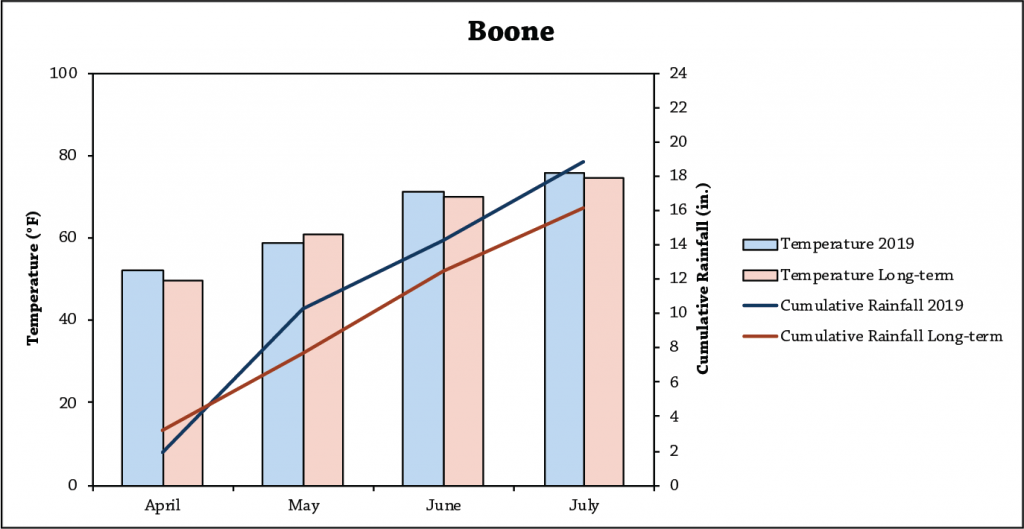 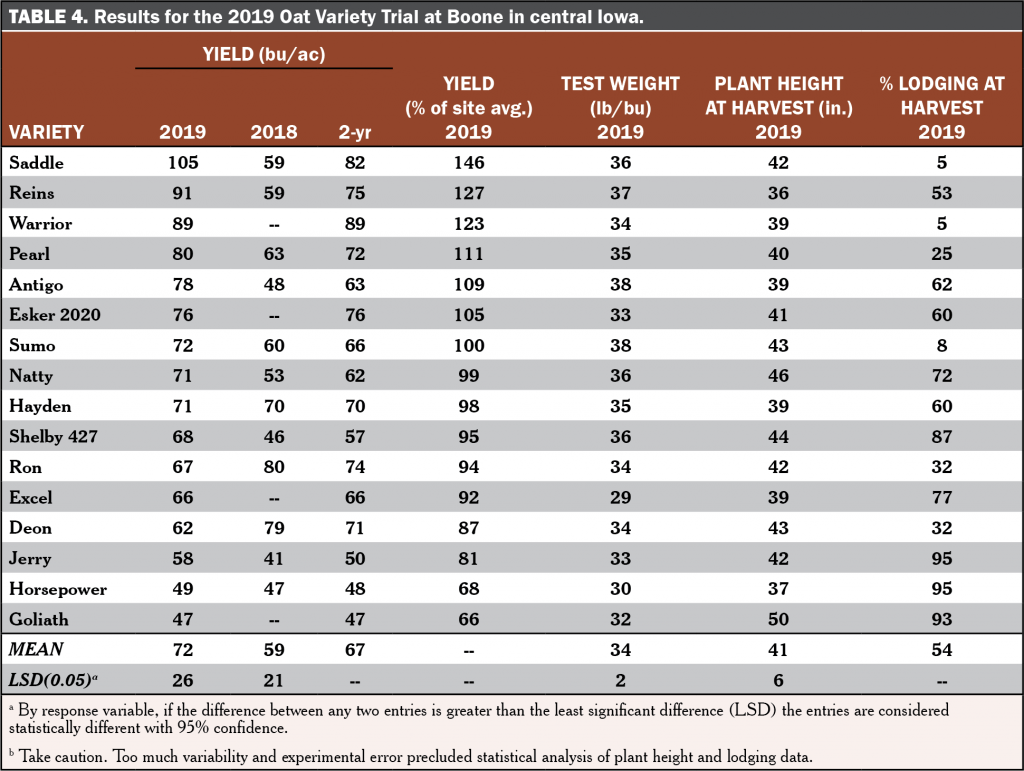 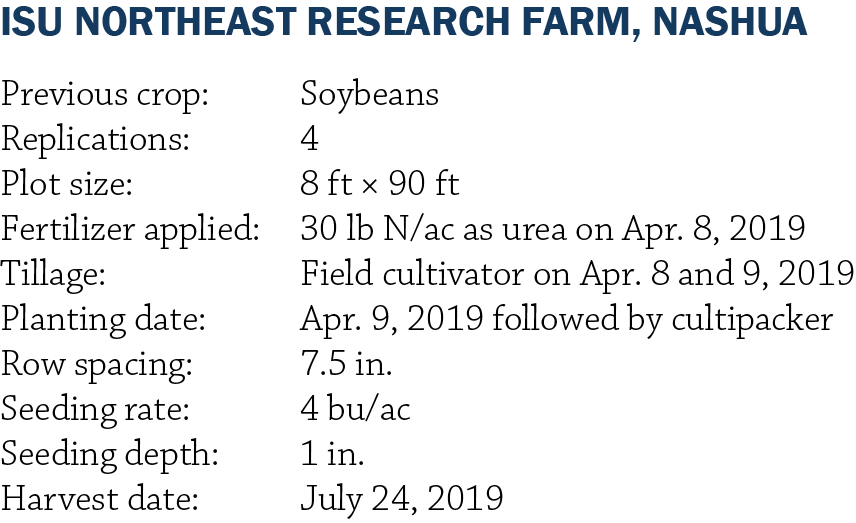 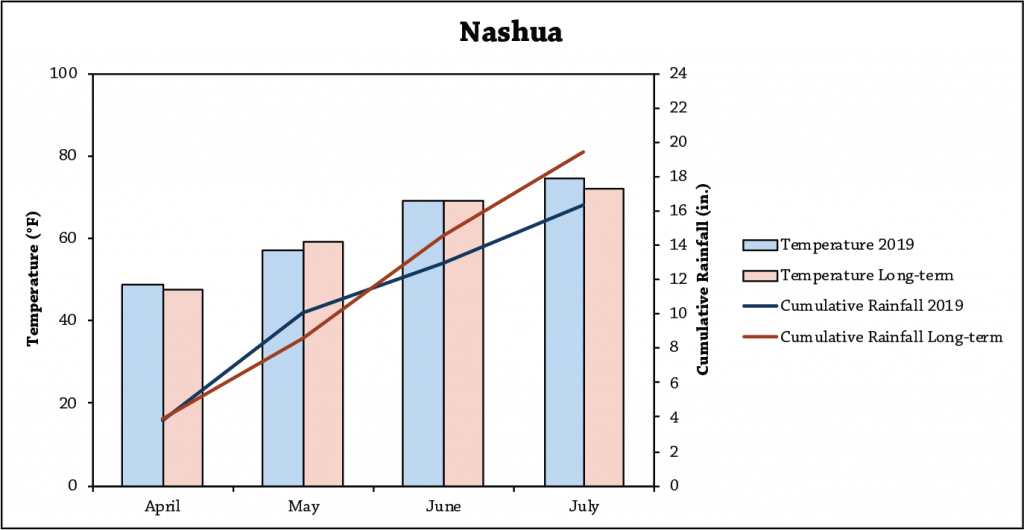 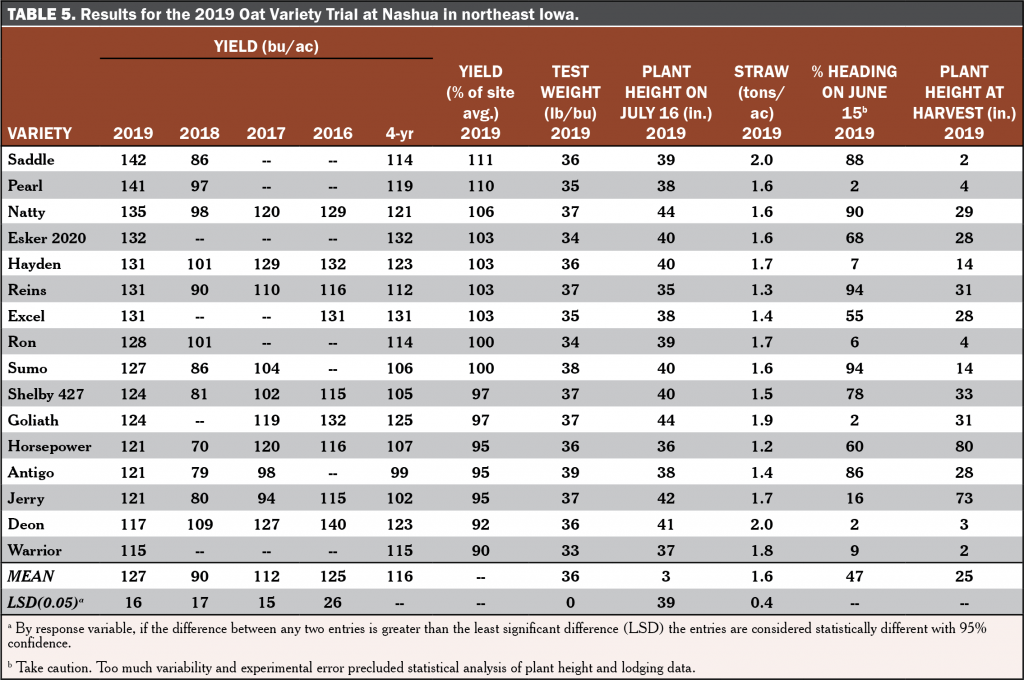 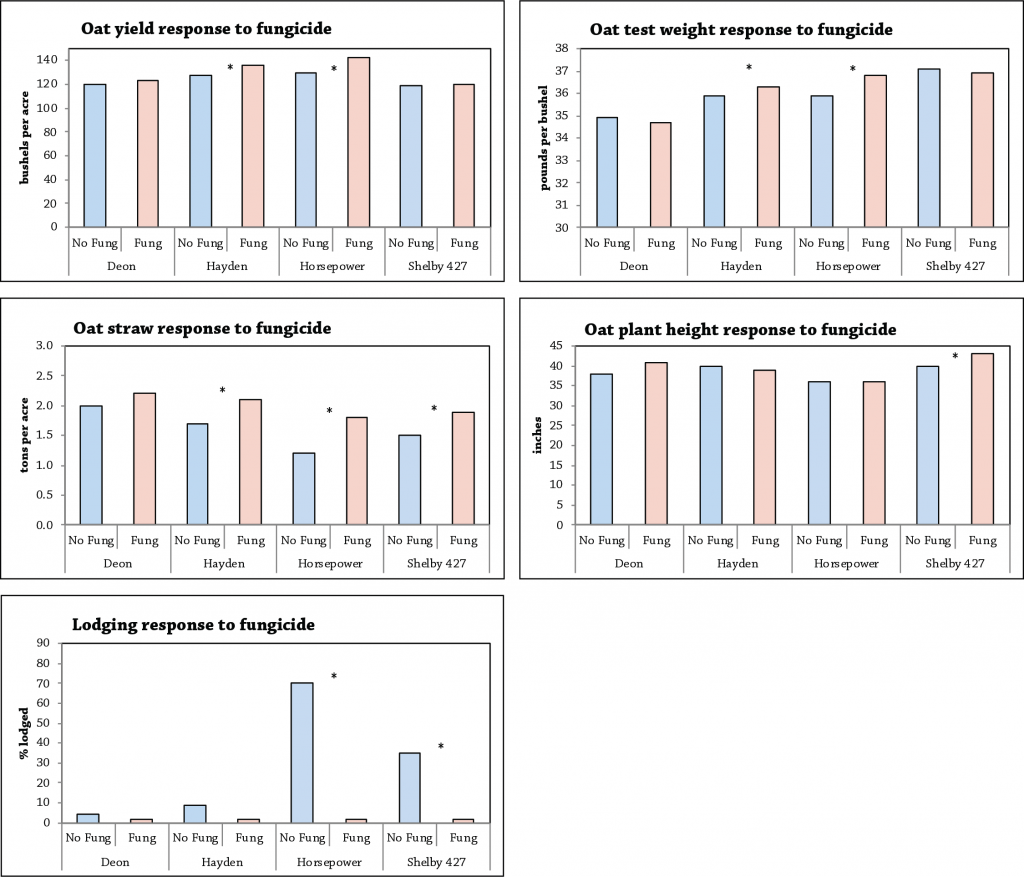