Locally-grown strawberries are in high demand at markets, but the time and labor demands of growing them make strawberries a trickier crop to manage than many realize. The plants require a year of establishment before the first harvest; preventing competition from weeds is critical. In this trial, Lee Matteson and Rose Schick of Nevada compared the enterprise budgets for strawberries under two methods of establishment: matted rows mulched with corn stalk mulch, and planted into biodegradable plastic mulch. For two years, the farmers tracked expenses, labor, yield and revenue on four varieties of strawberries to determine which establishment system was better for their farm. 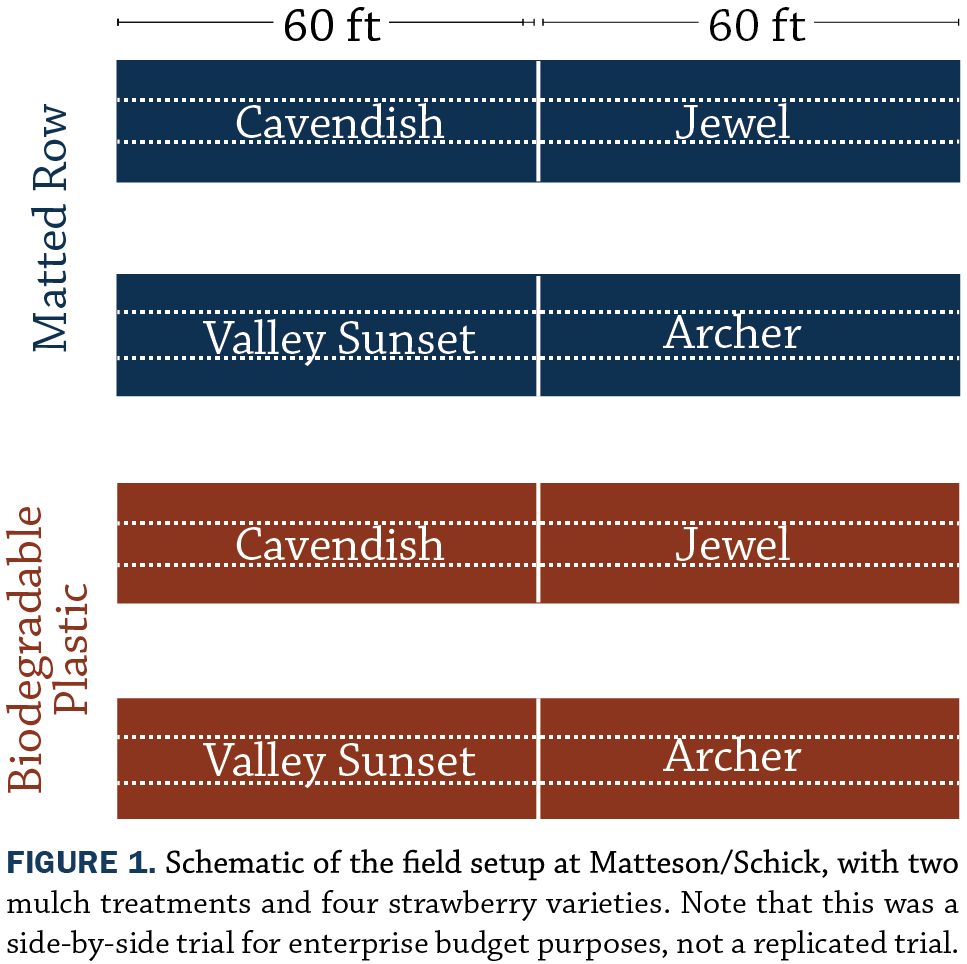 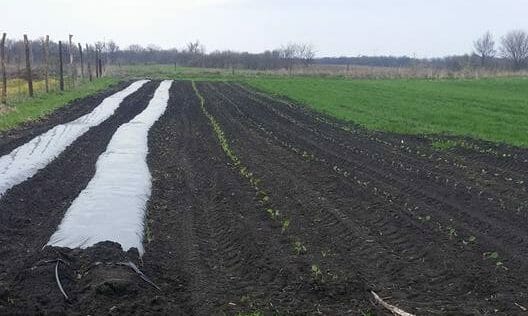 In addition to yield data, Matteson and Schick tracked labor hours by task, expenses and revenue to compare enterprise budgets for strawberry production under both systems. Data was sent to Practical Farmers of Iowa for analysis. 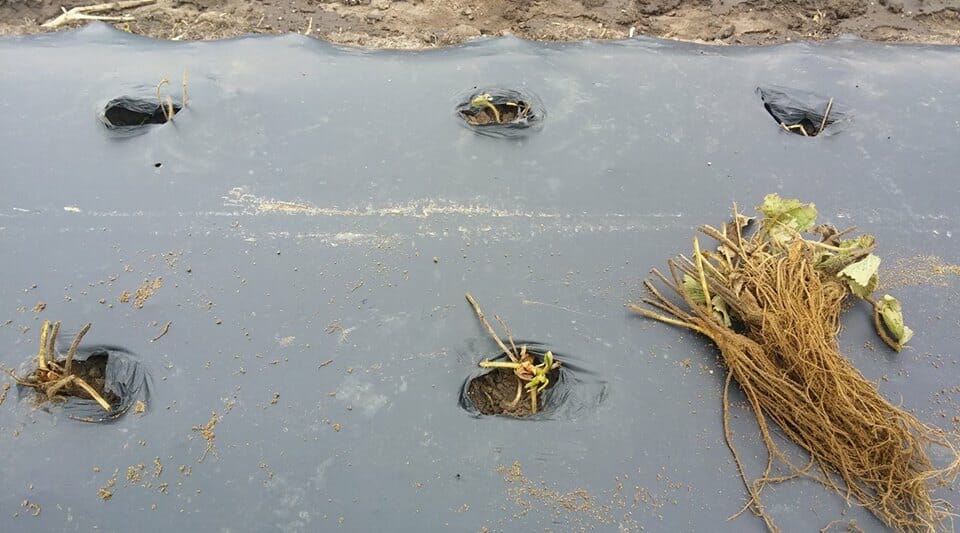 Strawberry plants being transplanted into the biodegradable plastic.

Unfortunately, 2018 was a very poor strawberry season due to extreme heat in May (Table A1; yields by variety under each establishment system are shown in Figure 2. Typically, strawberry picking lasts five to six weeks; the 2018 season last only two weeks, and the farmers harvested about 15% of what they normally expect. According the Schick, Cavendish did not handle the heat at all, and fruit became unsellable. Jewel appeared to perform the best. Because the varieties were not randomized and replicated, statistical means comparisons could not be done on this trial. Overall, the plants established on the biodegradable plastic produced 10 pounds more than the matted row. Though it was not a good year to track yield information, the labor and expense data was still very informative to Matteson and Schick, moving forward. 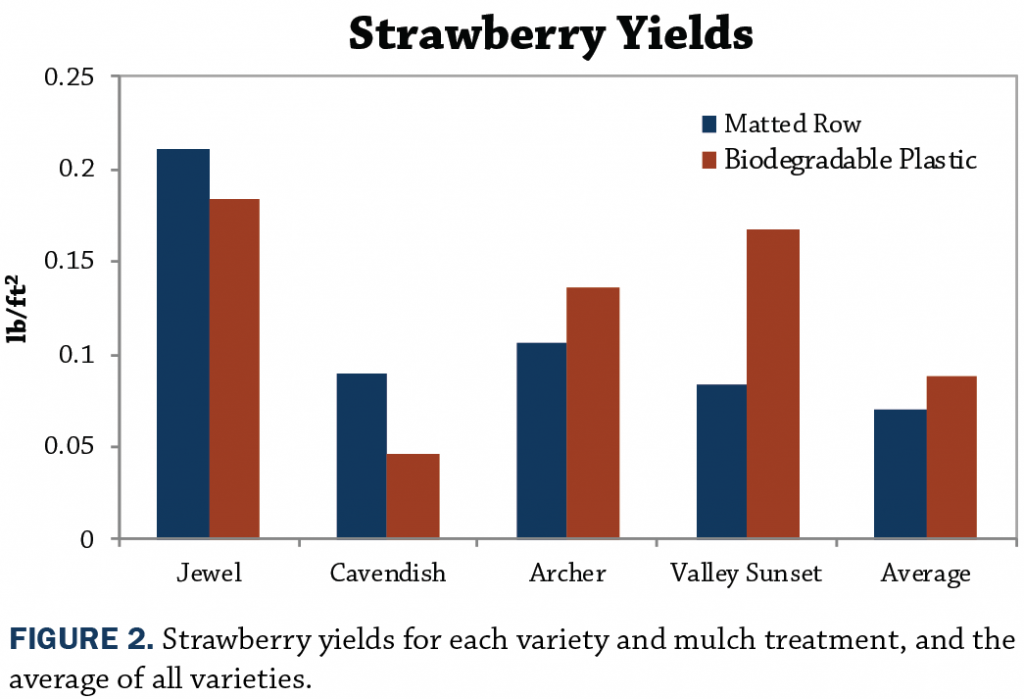 Even with the unfavorable weather, the single season of strawberries picked on the biodegradable plastic system did provide a positive net return of $0.66/lb over the two years of expenses, as shown in Table 1. The matted row resulted in a net loss of $0.50/lb. This was due to more labor costs – particularly in the establishment year – and slightly lower average yield across varieties. 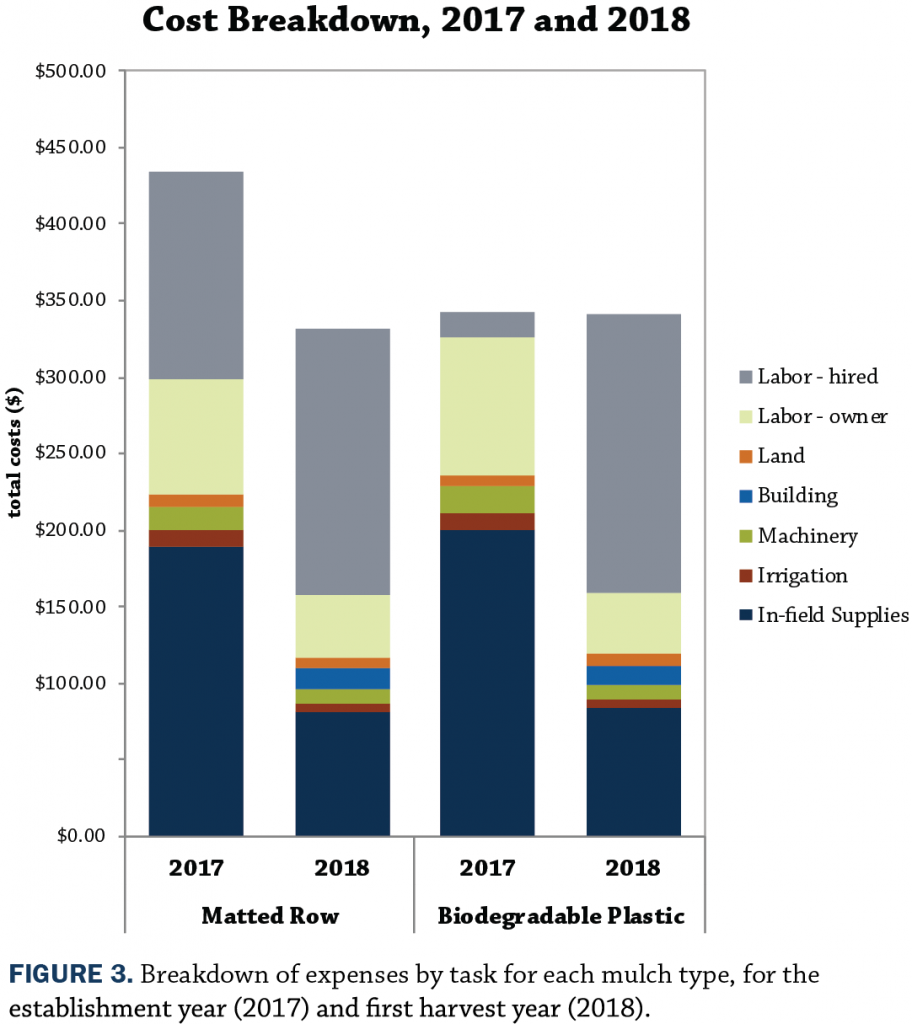 Inclement weather – the combination of a very hot May followed by a very wet June (Table A1) shortened the strawberry harvest in 2018. Because of the irregular season, the results of this trial were not definitively conclusive for Matteson and Schick. The biodegradable plastic system was more profitable in 2018, and had a more efficient harvest due to the system’s compact rows. Said Schick, “In general, the plastic kept a more compact row as the plastic prevented runners from suckering in the first year. The matted row spread out, making for more plants but harder to pick as the row became too wide and ran into the bed next to it. The black plastic had less weeding the first year but by second year the biodegradable plastic was gone and labor needed for weeding was the same in both types.” 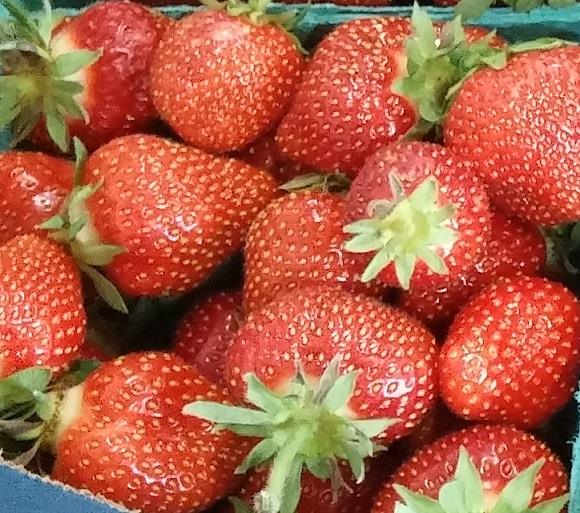 A more traditional harvesting season might have provided a different yield portrait of the two systems. Would more suckering plants, widely spread in the rows, increase yield over six weeks of picking? Or are labor-hours worth more during picking season, placing priority on efficient harvest? 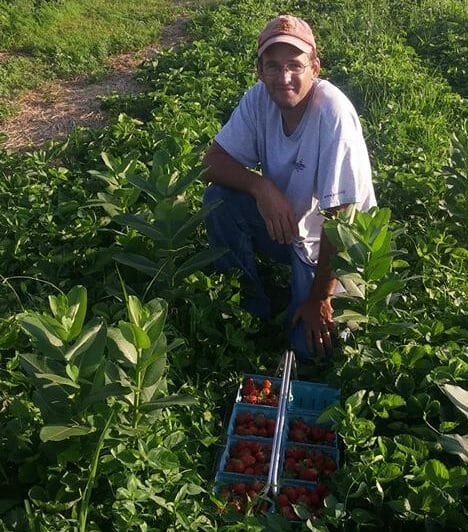 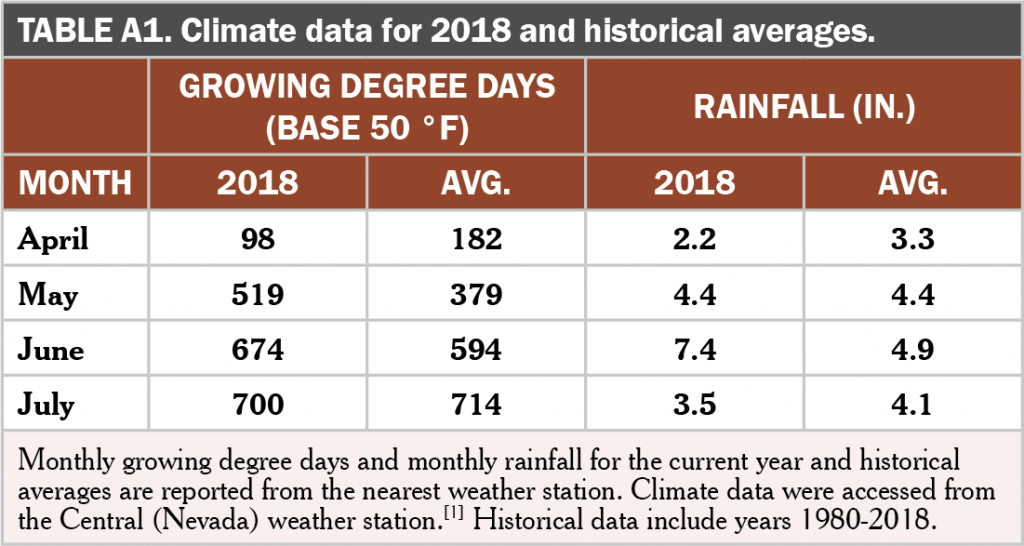