This is a joint project between Practical Farmers of Iowa and Iowa Learning Farms.

Table 2. Mean cover crop aboveground biomass samples prior to termination in 2019. *Due to continued wet conditions following sample collection the cover crop was terminated a full month after sampling, resulting in signigicantly more biomass at the time of planting.

In general, corn yields were equivalent regardless of cover crop treatment as determined by statistical analysis (t-test) P = 0.10. Only at Jefferson (2009), Coon Rapids (2010, 2014, 2018), and Harlan (2010) were corn yields reduced in the cover crop strips. It should be noted that the majority of these instances occurred the first two growing seasons of the trial. Cooperators identified insufficient cover crop termination or improper planter settings as reasons for the average yield decrease of 19 bu/ac. 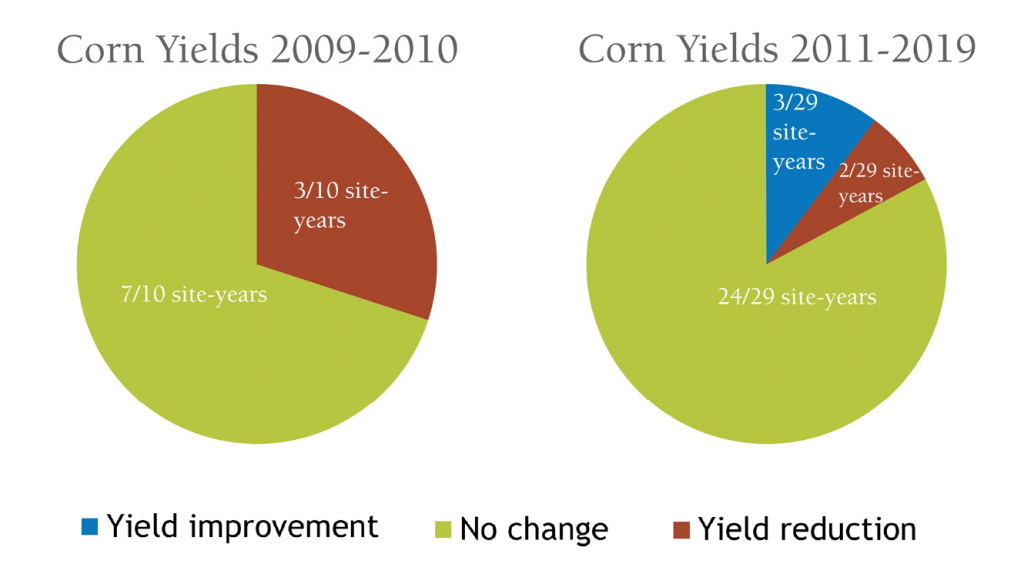 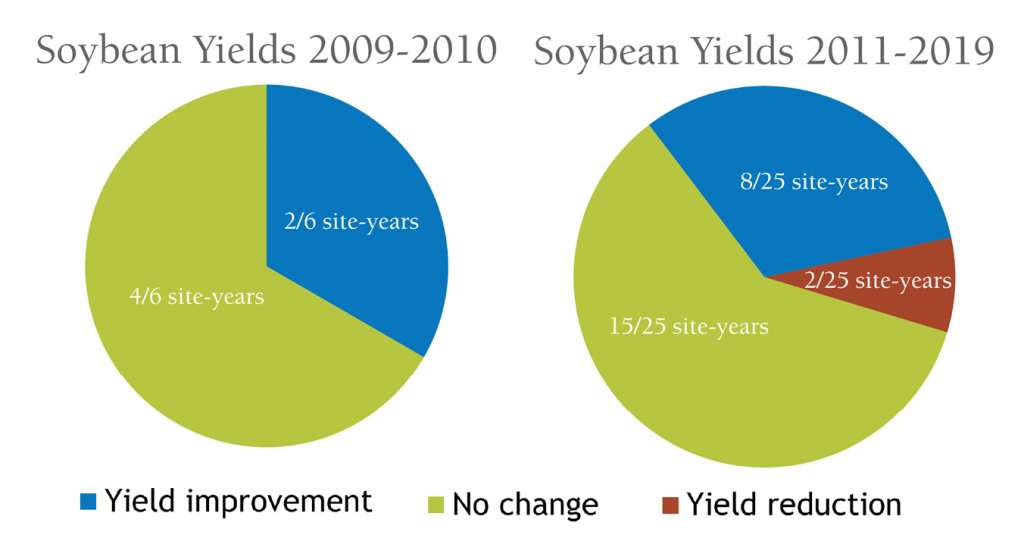 Since 2008, there have been 39 site-years dedicated to determining the effect on corn yields and 31 site-years to determine the effect on soybean yields. After their first year of introducing cereal rye into their operations, the farmer partners made adjustments to their planter settings to handle more residue and planned to terminate the cover crop 10-14 days before planting to minimize negative impacts on yield. After ten years in the study, the farmer partners have reported mostly no effect of the cereal rye cover crop on corn and soybean yield.