PFI members Bruce Carney and Jeff Boyd have been grazing cattle on a restored prairie in the Chichaqua Bottoms Wildlife Area in Polk County this summer and the past three summers as part of a project to monitor how grazing could affect the biodiversity of this prairie. 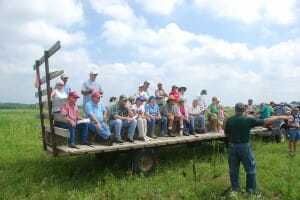 At a field day on Saturday, August 6, attendees heard scientists Tom Rosburg (pictured speaking above) and Keith Summerville of Drake University share their preliminary findings from this study. There have been challenges with the study, since the prairie was flooded in two out of the four years of the study. Following the floods, the cows have been grazing mostly annual grasses that would normally not be considered ideal forage or prairie grasses, since the perennial grasses such as switchgrass and big bluestem did not survive the flood very well. 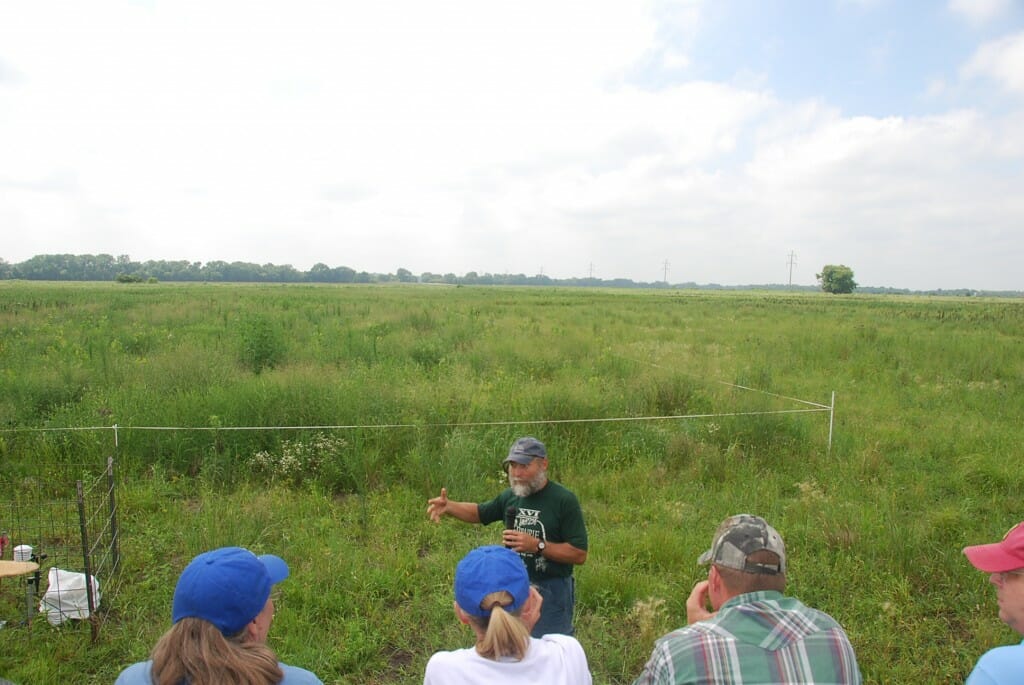 Several “exclosures” – areas where the cattle have been excluded – such as the one pictured above, were used to assess the cattle grazing effect on vegetative growth and species composition. Plant species counts have not yet been completed, as the grasses in the grazed area are often impossible to identify in their grazed-off state.

Summerville said that most of the animal species he has been monitoring (e.g. birds, snakes, small mammals) have been found in equal or greater abundance on the grazed area than on the ungrazed prairie across the road. 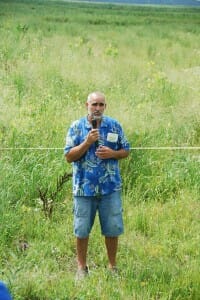 Bruce Carney (above) also talked about how the cattle performed grazing the restored prairie. He said his cows have gained body condition each year during the three months they were at Chichaqua. Jeff Boyd’s cows have mostly lost body condition over the summers at Chichaqua (Bruce attributes this to winter management, saying Jeff’s cows start out the summer in better condition than his). 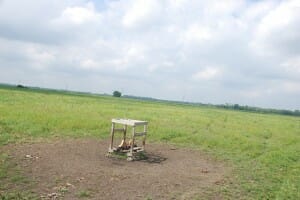 Nose pumps such as this one were used to water the cattle. 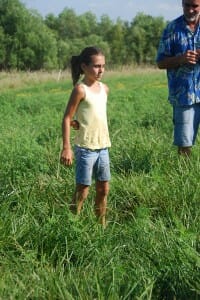 For the second part of the field day, we went to Bruce’s home farm. Pictured above is Bruce’s niece Emma Hay, who told us about the calf she showed at the county fair. She is standing in Bruce’s pasture that is dominated with tall fescue grass, so we also had a discussion about managing fescue pastures and preventing fescue toxicosis, lead by ISU Extension Beef Specialist Joe Sellers. 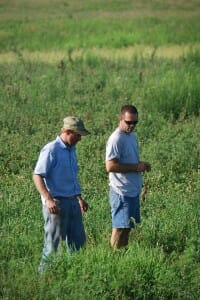 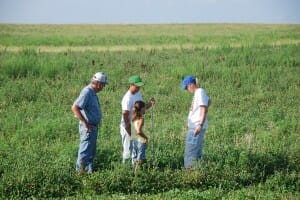 Having his cow herd grazing at Chichaqua for three months out of the summer has helped Bruce to be able to stockpile a lot of pasture for grazing in the winter (something tall fescue is especially good for), allowing him to feed less hay. He is also hoping that the increased rest periods on his home pastures the past four years have helped to increase his plant diversity and strengthened the root systems of his pasture plants, allowing him to have enough productivity next year to graze all of his livestock on the home farm without sacrificing winter stockpile.