On August 9-11, PFI partnered with the USDA Natural Resources Conservation Service and the Iowa Forage and Grassland Council to put on five different pasture walks in southeast Iowa, featuring graziers who have been implementing high-density, or “mob” grazing. 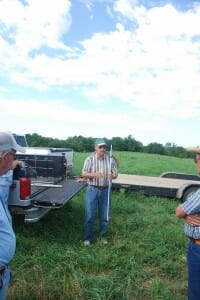 Kraig’s father Ken explained what kind of materials they use to build fence. 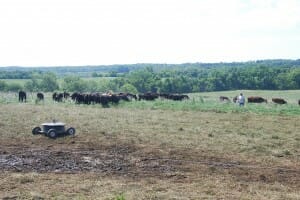 Kraig demonstrated a paddock move. He moves this herd of stocker cattle once a day. In the foreground is his mineral feeder, on wheels so it can be transported easily. It also has an insecticide applicator on the flap covering the feeder. 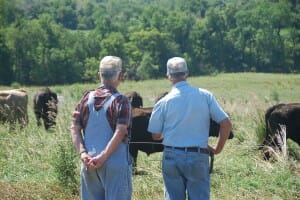 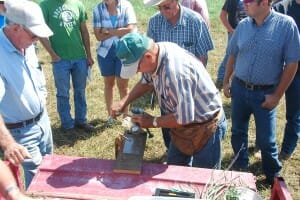 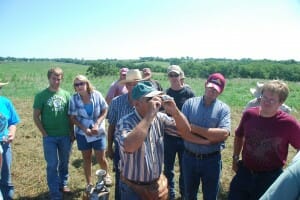 And checking the brix level of the grass. 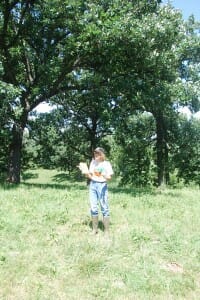 Barney and Suzanne have had volunteer oak seedlings growing in their pastures since they implemented mob grazing and increased their rest periods to over 90 days. 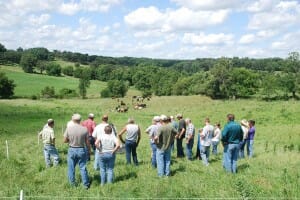 The people herd watch the cow herd on a hot August day. 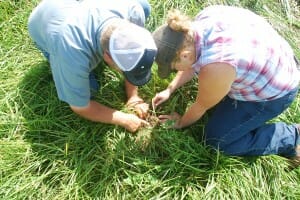 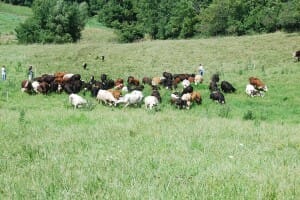 And the cows get new grass! 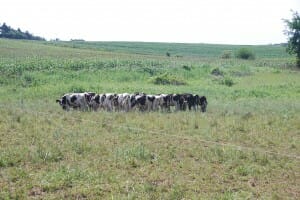 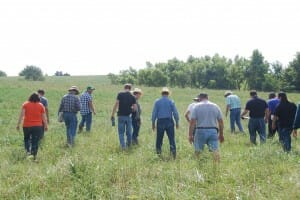 Check out this nice lush grass in August! 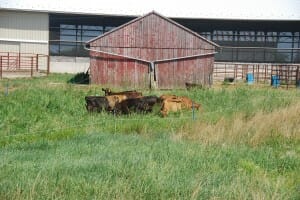 Some heifer calves graze by the barn. 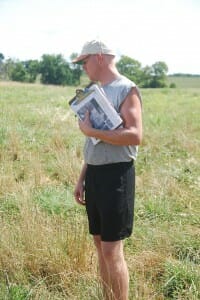 Dan talks about his grazing system for their dairy. They have moved away from mob grazing the dairy herd this year and are feeding more grain to increase milk production. However, he is not sure the increased milk production is paying for the extra cost. His calculations also show that milking twice a day is not always worth the extra cost and labor. 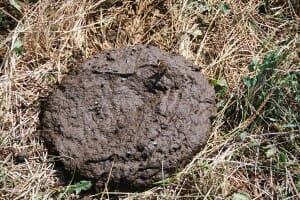 This is the manure consistency Dan is going for. 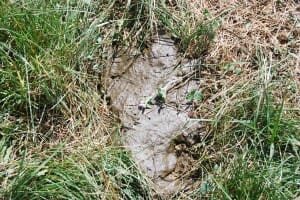 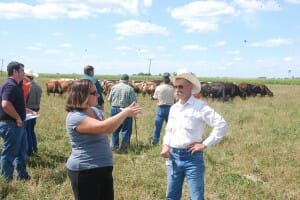 Information sharing and cow watching, that’s what we’re all about! 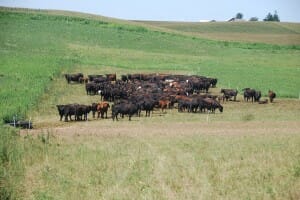 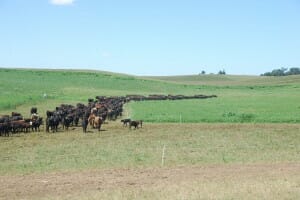 is ready to be moved. For the second time of the day! 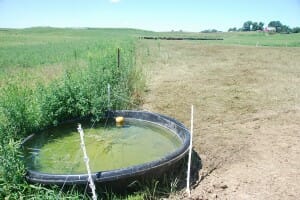 The water tank with Jobe valve and a temporary wire to keep the cattle from climbing into the tank. 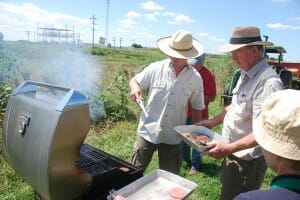