It’s a cold and rainy spring night in Nevada, IA. But the the little spinach and kale plants at TableTop Farm are cozy in their high tunnel, their roots being warmed by a steaming compost pile standing guard outside…

As previously reported on this blog and in the Practical Farmer (here and here and here), TableTop Farm is working with PFI’s Energy Consultant Rich Schuler on a compost heat extraction system that provides supplemental heat to their high tunnel.

The system was put into action for the first time  during the cold snap April 14 – April 18 and provided a consistent heat boost to the soil, especially during the parts of the day when soil is the coolest. In the graph below, the temperature difference between the red line (heated soil) and light blue line (control soil) is the effect of the compost heat pump being turned on and circulating warm water through the PEX tubing under the high tunnel. The impact over the 5.8 days was equivalent to 5.3 gallons of LP. When TableTop turned the system on a week later for a cold evening, they gained 1.3 gallons-LP equivalent over a 20 hour period.

The largest soil temperature margin achieved by the compost system was 5.1 degrees – certainly significant for healthy growth in an unpredictable season!

Schuler will speak about the system at TableTop’s field day on September 13, 2014. 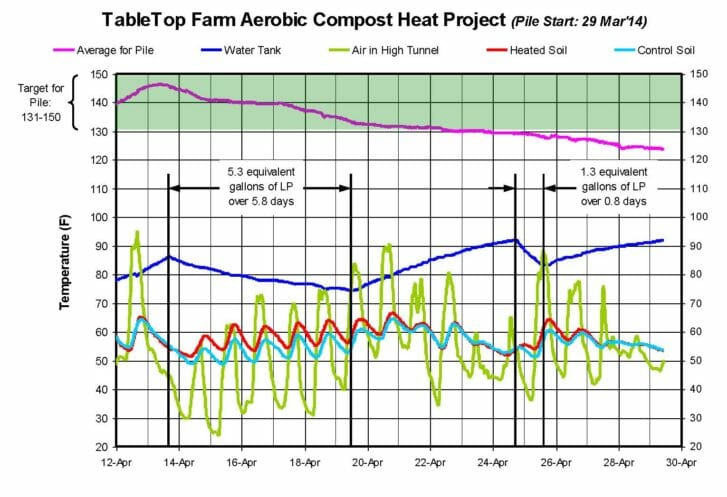 A steaming hot compost pile waits to be mixed with fresh manure. 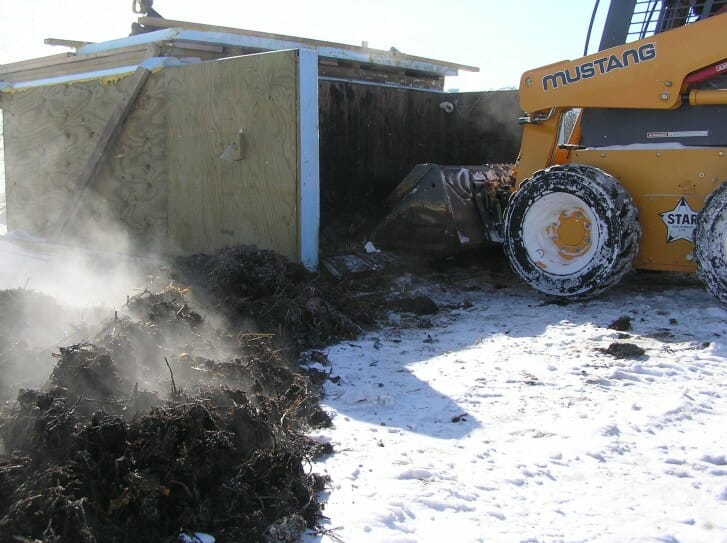 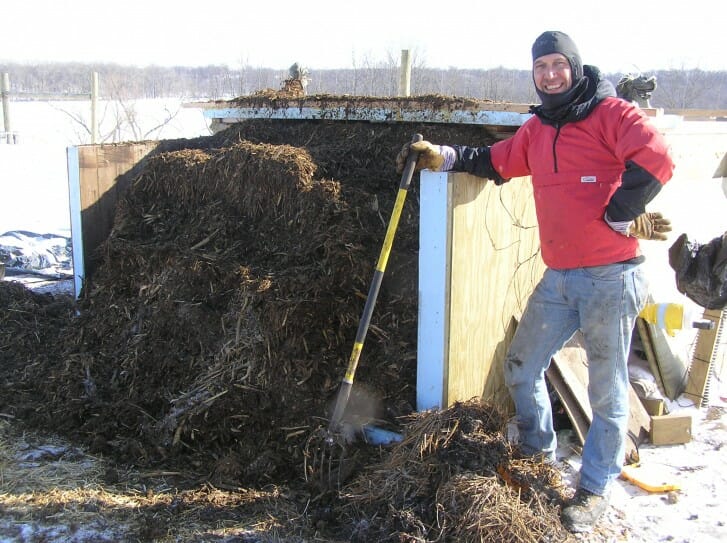 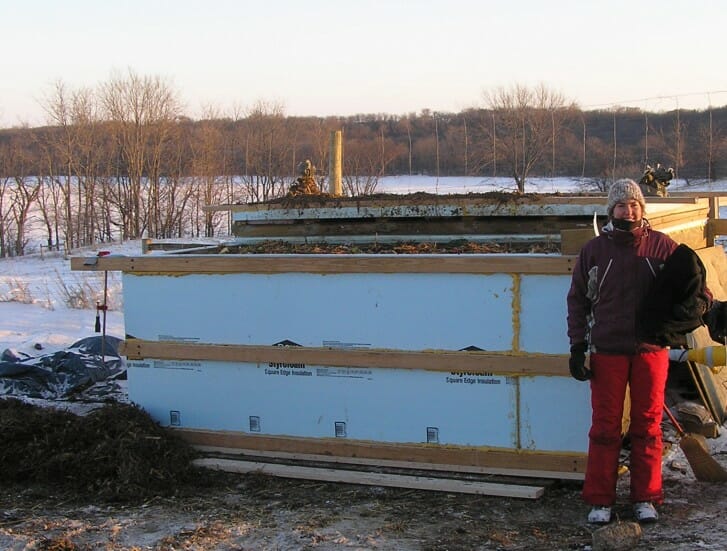 The PEX tubing connects to the hot water coming from the compost system. 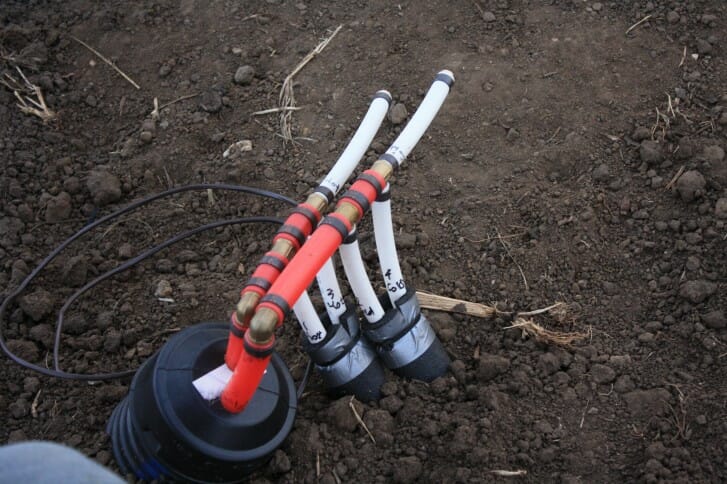 Schuler lifts the lid to show two of the water tanks that are heated by the compost. Two additional tanks were added, each holding 275 gallons of water. 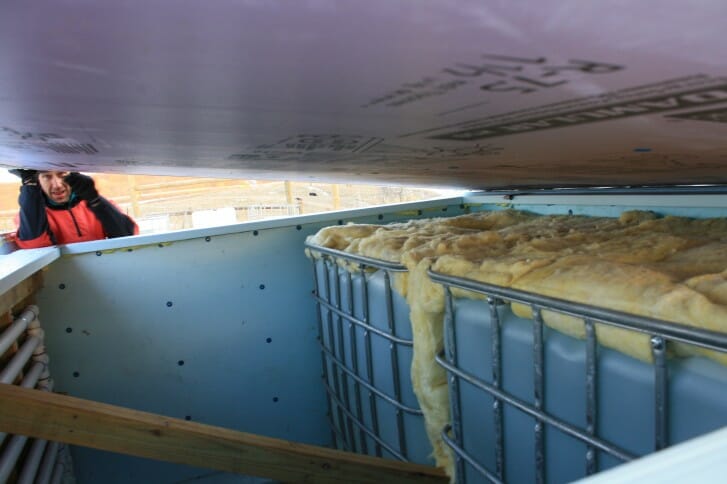 Schuler, freshly emerged from the compost chamber (he was installing temperature sensors). 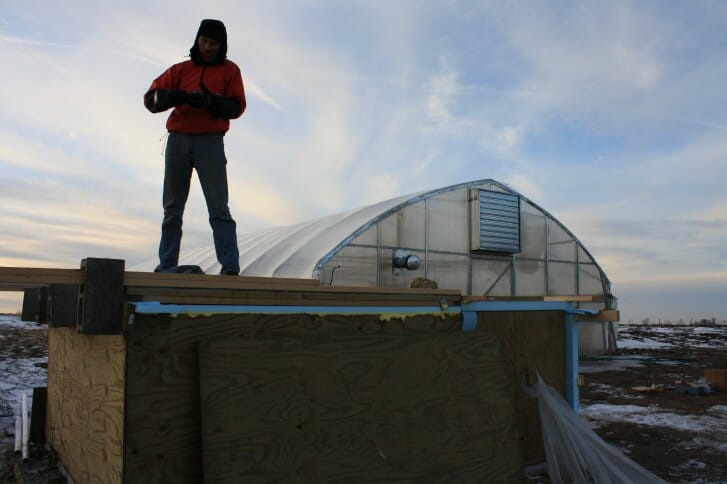