Dick Thompson: One Year After 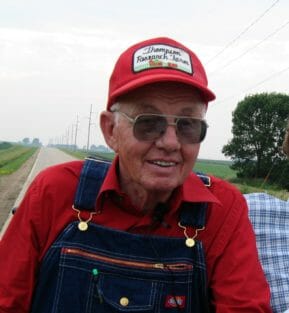 Sadly for me, I never got the chance to meet Dick. Instead, I’ve been getting to know him through his legacy of meticulously conducted on-farm research. Using the word “impressive” to describe Dick’s work would be the understatement of the century. Over the years, they ran scores of trials on their farm in Boone County. I was awe-struck when first reviewing Thompson Agriculture Alternatives, the compendium of carefully constructed research reports he and his wife Sharon published that cataloged all those trials. The more I read his work, the more I realize I owe a lot to Dick as the current Research Scientist and Cooperators’ Program Coordinator at Practical Farmers. After all, it was his drive to experiment on their farm that eventually paved the way for my position with PFI. And for that, I am extremely grateful. 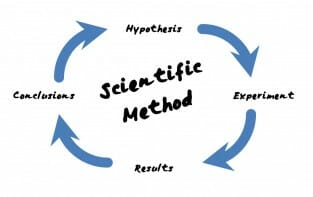 To read Thompson Agriculture Alternatives is to see years of the Scientific Method in action. One can’t help but notice a certain perpetual curiosity in his work. To me, Dick and his work were the embodiment of the Scientific Method which prompts one to identify a problem, formulate a hypothesis, design an experiment to test this hypothesis, and use the results of the experiment to come to conclusions that breed new questions in need of answering thus repeating the whole process.

Of all of Dick’s memorable lines, the one that has always stood out to me is: “You can’t buy the answers in a bag.” I interpret this to mean: rather than taking someone else’s word for it, figure it out for yourself! Put yet another way, test something for yourself and draw your own conclusions. Does it work for you or fit into the way you do things? Are you willing to change some of the ways you do things to make it work? And I think Dick would answer that it’s up to YOU to find out. 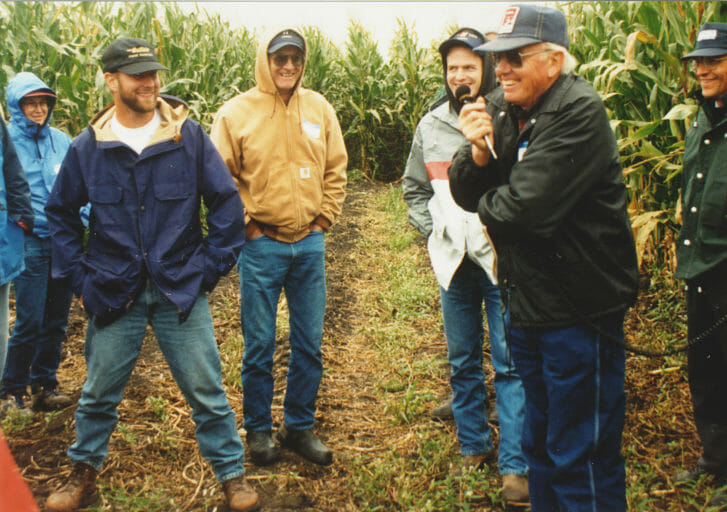 “You can’t buy the answers in a bag!” Dick hosting one of his many field days that he used to inspire other farmers to try things for themselves on their own farms.

Dick (with the help of his wife, Sharon, and longtime collaborator, Rick Exner) laid the framework for the “culture of curiosity” that is so essential to Practical Farmers of Iowa. It is this spirit that lives on in the members of Practical Farmers of Iowa today. Row crop, livestock, and fruit/veggie farmers in our membership are constantly employing the Scientific Method by asking questions about their operation and designing manageable experiments to address those questions. We’ve got close to 60 research projects on nearly 100 farms across the state this year! I find it all tremendously inspiring and I know I’m not the only one who feels that way. Thanks, Dick. 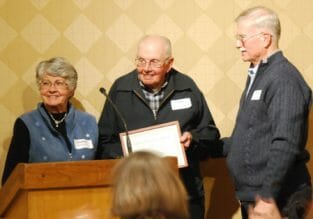 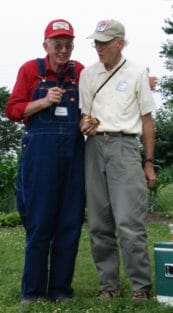