RESEARCH REPORT: Are neonicotinoid seed treatments in soybean production worth it?

Back in December 2014, Practical Farmers of Iowa rolled out several research reports from on-farm trials conducted earlier that year. In the coming weeks, we plan on highlighting each of those research right here on The Practical Blog. One of those reports addressed the agronomic and economic effect of neonicotinoid seed treatments in soybean production. You can read the full article here: Are Neonicotinoid Seed Treatments in Soybean Production Worth It?

Neonicotinoid seed treatments in soybean production are ubiquitous but recent evidence has called their benefit to yields and their ecological impact into question. At the PFI Cooperators’ Meeting in December 2013, Dr. Matt O’Neal, an extension entomologist from Iowa State University, addressed the group and discussed the use of and some environmental effects of “neonics” in crop production. More of that discussion can be read about in this blog post from February 19, 2014.

With all of this in mind, three farmer-cooperators (Dick Sloan, Bob Lynch and Wendy Johnson) implemented strip trials that compared soybeans grown from neonicotinoid-treated seeds and seeds not treated with a neonicotinoid. 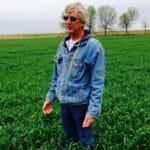 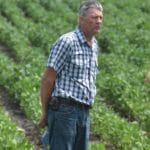 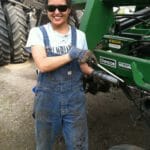 This study will be continued in 2015 on Dick Sloan’s farm. For more information on this study, contact Stefan Gailans at stefan@practicalfarmers.org.