Their goal was to use cover crops to manage weeds that compete with summer squash and to reduce labor costs associated with weed management. Mustard Seed Community Farm put in a winter rye cover crop in Fall 2013 and chose an “early” and “late” termination date in Spring 2014 to achieve different levels of rye biomass before seeding summer squash. The hypothesis was that a later termination would result in greater rye biomass that would then serve as a mulch for the summer squash and physically suppress weed seed germination. 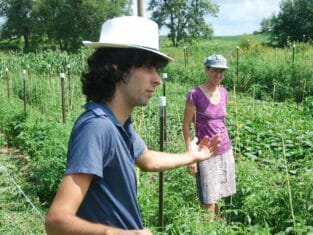 This trial will be conducted again in 2015 on Mustard Seed Community Farm. For more information on this study, contact Liz Kolbe at liz@practicalfarmers.org.

Funding for this project was provided by the Ceres Foundation. The full project report can be found here.